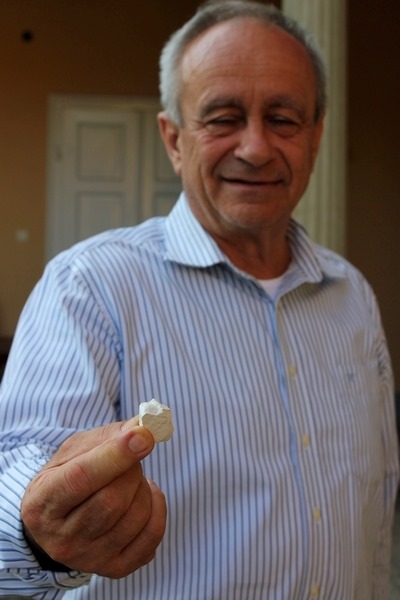 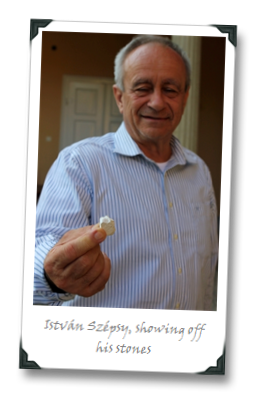 …is a Hungarian man with serious stones.

And he will gladly show them to you, if you ask. Actually, I think he might show them to you even if you don’t ask. He has them laid out on his front porch; dozens of them, organized by 21 different dulo (basically akin to climat). Of course, since we are talking about István Szepsy, not all of the dulo areas represented by his stony display are official; some are his own classifications, harkening back to a map of Tokai region parcels that dates back to 1816. Sixty percent of the holdings are recognized as first class vineyards under the current classification system in Tokaji.

At this point, we should pause and set up a bit of context for you: En route to my visit, my Hungarian handler (himself a winemaker and wine critic) introduced Szepsy like this: “I am now taking you to see the best winemaker… in the world!” So expectations were kind of high by the time we pulled up (late, of course – hey, we were in Hungary, after all! – with the small man himself waiting somewhat impatiently outside the gate) to Szepsy’s estate in the town of Mád. 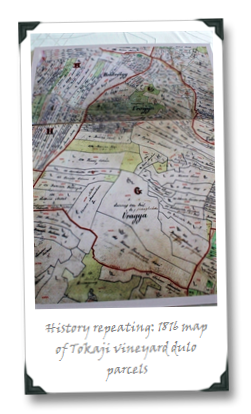 History suggests that Szepsy should know what he’s doing when it comes to crafting wine in Tokaji: his family has been making wine in the region since (at least) the late 16th century. István Szepsy senior managed to hide a small independent vineyard parcel from the ruling Communists until the 1970s, so it’s not difficult to imagine how István junior got his independent streak. During the socialist regime, he planted about four hectares of his own vineyards, delivering the yield to the state combine until the ruling party changed in 1990.

Since then, Szepsy has pretty much focused obsessively on quality wine production without looking back: out of 52 hectares of plantings, less than 50,000 bottles are made. It’s now a total family business, and no second wines are made (whatever doesn’t make the cut is sold out in bulk). As Szepsy told me, “it’s a very fragile balance economically.” I doubt too many would want to try to get this guy to change his mind, though.

Back to the guy’s stones…

The stones are impressive: from pebbles to miniature boulders of quarts trees, he’s got dozens of them from his various vineyards. The association with the resulting wines couldn’t be clearer in his mind. “For millions of years,” he told me, “the water was coming up, going down, coming up, going down. The proportion of minerals in the soils are the reason why Tokaji wines are so drinkable.” Szepsy has been making dry versions of Furmint, one of the principal grapes of sweet Tokaji, since 2003.

The stones are vital to Szepsy, as they seem to define place for him, and by extension define the quality his wines are capable of attaining. “We try to work with the best places,” he noted, “so that the winemaking for us is… simple.”

The results are not wines that are simple. In fact, the results aren’t wines that are “good” – they are wines that are stunningly good. In some ways, the trouble with Szepsy’s wines are the Yang to the Yin of their best qualities: these are wines not meant for beginners. They are dry white wines that present themselves like the best of Rheingau or Alsace: steely, austere, fresh, serious, and demanding… aaaaaand requiring at least 2-3 years in bottle before they even begin to make sense. Szepsy views his position as fortunate, since as far as his current consumers go, “they are looking for us.” 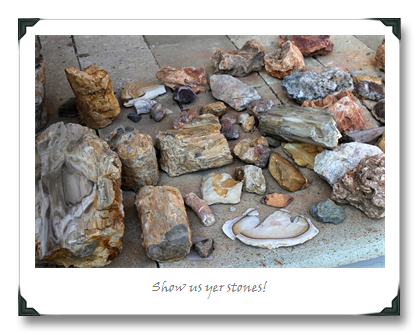 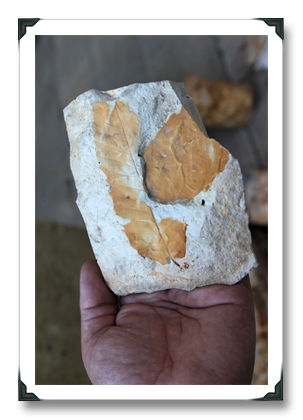 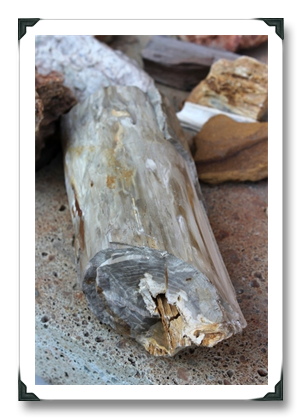 Szepsy’s obsessive-compulsive quality focus helps, no doubt. He’s currently in the midst of a Furmint clonal selection project, with about 300 different types being tested for his vineyard parcels. He’s moving from corks to glass stopper tops for the dry white wines, having become fed up with oxidation issues that start to present themselves “after five, six, seven years;” long after most white wines would have naturally kicked the bucket, anyway.

Those obsessive issues with oxidation carry over into how Szepsy treats his sweet wines, which breaks from the tradition of adding mashed raisined grapes to already fermenting wine. Instead, he favors a fresher style that leaves the raisins to ferment right from the start with normal ripe grapes. As you’ll see below, the tactic works pretty well. The extraordinary thing in his deviation from tradition is that he shares a last name with the folks who developed the original Aszu process in the first place.

So… lovers of Tokaji wine probably ought to be happy that this guy has the gumption to continue to stubbornly blaze his own quality path (sporting the metaphorical stones to go along with all of his physical ones… sorry, couldn’t resist…).

We tasted this little single vineyard number just after it had been bottled, so this is a bit of a preview, but worth talking about now. Once the bottling sulfur blew off, this reserved white started showing off a few of its flags colors: minerals, flowers, hints of toast and cream, chalk, and power. This wine is pithy, poised, and most decidedly not messing around. It’s also way, way, way too young for us to even consider opening it now (the 2013 Estate Furmint – of which we received a similar preview – is just as steely, austere, mineral, serious, and young, but with a bit less power, and can be found for cheaper prices). For the impatient, the 2007 vintage of this is drinking like a (very pretty) champ right now, with a finish that you can measure in minutes. 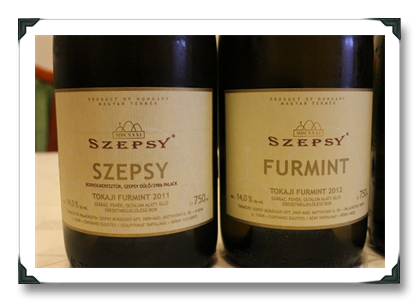 At 14% abv, this is a big boy in the dry Furmint world, and the aromas are betraying the richness. This is heady, floral, and perfumed, and the most reminiscent of Chenin Blanc (to which Furmint is often compared, along with Chablis and Riesling) of Szepsy’s current lineup. A three-vineyard blend, the result of a difficult vintage overall in Tokaji, it’s fresh, flinty, mineral, and austere to the point of keeping all of its secrets very close.

The fruit in this case is taken form Szepsy’s family vineyard that his grandfather lost to bankruptcy in the 1930s, and was sold to another relative, then taken by the state under socialism, and finally purchased back (most of it, anyway) by István in 1999. The wine has a striking cut-lemon color, and intensely mineral and floral nose, and a palate that evokes ripe citrus, mineral water, honey, cream, toast, and cooked lemon peel. Elegance abounds here, with the wine just starting to soften up, let its hair down, and relax a bit. 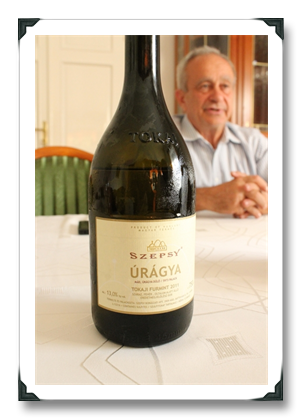 “God’s bed” (so named because from the viewpoint of Mád, the sun sets over the area) might be Szepsy’s most celebrated dulo wine. I can tell you that the 2003, also tasted during our visit, is still showing well, despite having been accidentally over-sulfured. The vines average a bit over fifty years old, and the resulting wine shows the depth, concentration, and breadth you’d expect from older plantings. Flint and citrus peel start to peek out after several seconds in the glass, then flowers, peaches, and toast. But despite the few years of age, and the enduring finish, there’s nothing about this Furmint that says “I’m ready.” 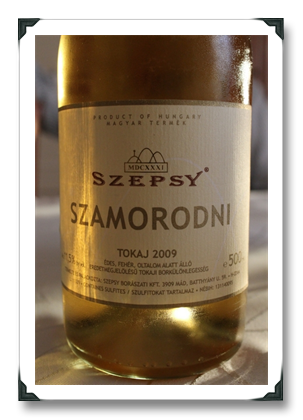 This is Tokaji, so we have to talk dessert wines, of course. Szepsy’s version of the “altogether” style combines late harvest and botrytized grapes, aged in 300L barrels. The result of the 2009 vintage is an intensely aromatic wine, filled to the brim with classic sweet Tokaji fare: orange peel, sultana, tea, and sweet dried fruits. But this is very serious for a late-harvest style wine, relatively big and very, very fresh. The finish is intense, perky, sweet, and long. Lovely isn’t usually a word used for this style, but this is as close to lovely as Szamorodni gets. 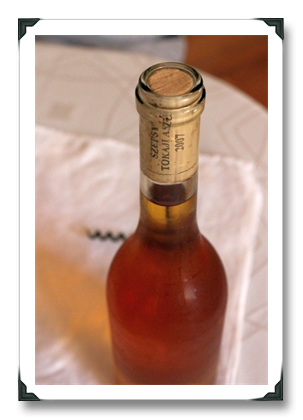 First, I should mention that we tasted another lovely wine, the 2008 version of Szepsy’s 6P Aszu; it was spicy, mineral, fresh, long, and elegant; an excellent wine that I wouldn’t hesitate to recommend. Too bad it was totally and utterly eclipsed by the brilliance of its slightly older sibling.

The Szepsy 2007 6P is the kind of wine that creates ridiculous and embarrassing superlatives in one’s tasting notes. There’s an “amazing brown-gold hue,” a nose “resplendent” with “sultana, tea, flowers, dried fruits, spices, caramel, coffee, buts, toffee, toast, orange peel, dried apricots, citrus.” You get the idea. This wine… this wine… f*ck me, this is just about perfect for 6P Aszu; extensive, pure, fresh, luscious, and downright brilliant. I also wrote, one the day, that no detail of this wine seemed out of place, so much so that it was “the stuff of period-piece drama dreams.” I.e., not unlike when you see a film that takes place in another time, and all of the details – set, costumes, language, acting, everything – has been so obsessed-over that the art makes you believe you’re really there. That’s this wine. It’s the kind of release that makes you understand why Jancis Robinson has called Szepsy a genius.