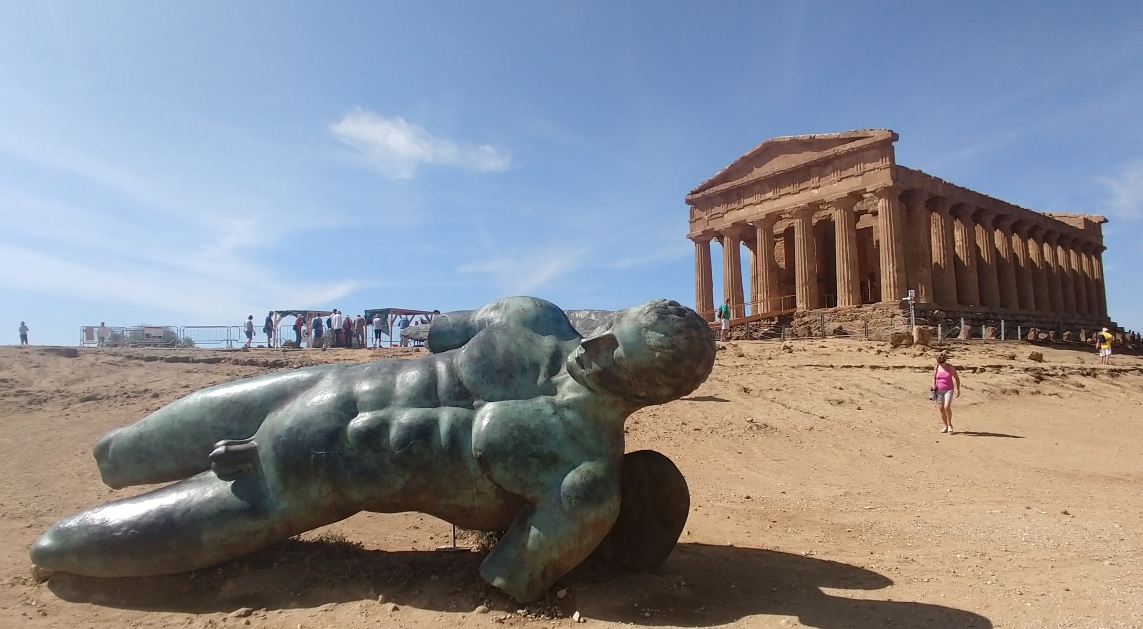 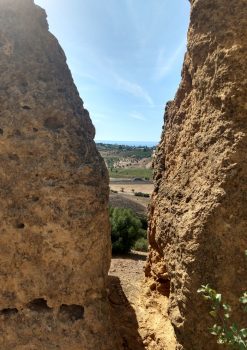 Not that there are very many shadows in this spot, where CVA Canicattì has been able to maintain the three hectares of 1970s field-blended plantings (once in disrepair), since an agreement reached in 2011. The grapes growing from these sandy-alluvial soils see some intense heat and sunlight, creating a deep, ripe flavor profile with the kind of oomph that you’d expect from the ancient gods.

90% Nero d’Avola, with the remainder comprised of Nerello Mascalese and Nerello Cappuccio, this is fresh, plummy, and chewy, with a ton of character – and most of that character is textbook Sicilian red: just enough fullness, just enough grip, and just enough silky suppleness. Blackberry, blueberry, and red plum flavors are all up the mix, topped with aromas of leather, tobacco, rose petal, earth, wood, and baking spices. The finish has nice length, retarding into a sense of heat and power (probably from the grapes getting all of that intense sunlight). You’ll want aged cheeses with this, because, well, that pairing would just rule.