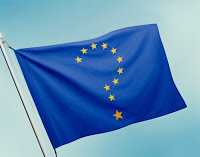 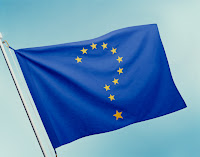 You may not guess it from the sky-high prices of the top Bordeaux chateaus (some fetching in excess of $1000 USD per bottle – and presumably on allocation to those who can afford their own islands), but the European wine market has been in trouble for a few years.

With labels that many international consumers find confusing, and laws that restrict varietals, winemaking conditions, grape production, and dictate what techniques can be used by winemakers, EU (aka “Old World”) producers have been searching for the magic formula that will allow them to better compete with their “New World” counterparts…

While many producers in the EU have strong ‘brands’ (mostly linked to the most famous of their chateaus), countries like the United States, Australia, Chile, and Canada have stronger marketing, cheaper land, and encourage more innovative vineyard and winemaking practices by having far fewer restrictions on their production. Which is why, in the cheaper wine department, these countries are taking the traditional EU wine countries to the cleaners in the marketplace – and cheaper, everyday wine is, by far, the largest volume of wine produced and sold in the world today. And now EU producers are getting handed their lunch as wine sales of producers in their own countries are falling as the onslaught of New World wine marketing hits their shores.

The stakes are not insignificant – wine has accounted for over 5% of the EU’s agricultural output, employing about 1.5 million people.

So, what can the EU do about it? Presumably, they can argue. EU farm ministers have proposed some progressive steps, but some countries still don’t want to play ball, and are stymieing the process. Which is a shame – those countries may wine the battle, but without some sort of compromise, can the EU hope to wine the wine War?

Updated Dec. 19 – Looks like the answer may be ‘Yes’ – see more details in the news here.