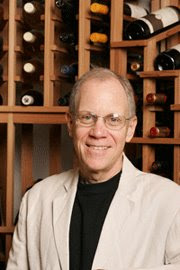 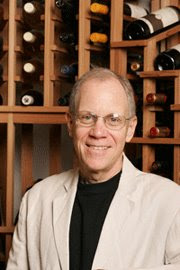 I hope that Steve Heimoff kicks my ass.

Not literally, of course (hey, I didn’t study a bit of Wing Chun for nothin’!), but tastingly. (Is tastingly a word? Ah, who cares – adverbs kick ass!).

Who is Steve, and why should I want him to kick ass? And how does this relate to wine? Well… it’s… complicated…

It actually has to do with the first-ever North American Wine Bloggers Conference being held this week in Sonoma, which both Steve amd I are attending (more on that later in the week). At about 5PM PT on Friday, some of the attendees will be taking part in a Wine Bloggers’ Blind Tasting Challenge – as described by the conference organizers:

Bloggers will test their skills in identifying grape varietals and regions. Because we will have only local Sonoma wines, the competition will focus on identifying the type of grape, determining the vintage year or AVA within Sonoma County, matching the wine to the label description, etc. This will be a social exercise with small groups sitting around tables and will be done in rounds, going from easy to hard. Ultimately, one winner will be crowned as the “Wine Blogger Top Taster”.

The last sentence is the one that seems to be causing some controversy among some of the wine blogging community. The controversial piece being the media coverage planned for this portion of the conference, the reaction to which you can read in detail in this not-so-safe-for-work discussion on the Wine Bloggers Conference group at OpenWineConsortium.org (title: “What Bullsh*t is this? So much for the Wine Bloggers Conference“). 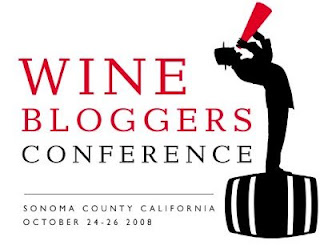 The competition itself is meant to be friendly, with (hopefully) some fun moments with the media on hand to capture it all. The counter argument is that the media coverage will in effect exploit a community that has had its fair share of media exploitation already this year.

And it’s my hope that Steve (remember him?) takes part in the competition and kicks our blogging asses.

Because that would show us bloggers (myself included) that we have a lot yet to learn about wine and the art of tasting it, and eloquently writing about it. It’s easy for us to lose sight of that and get caught up in the ‘side show’ media elements of blogging. It’s great to have an opinion, but we also need to know what we’re talking about – and for wine, that foundation is built in tasting. As Lao Tzu said, “the great way is easy, but people chose the side paths…”

Oh, yeah, regarding Steve – he’s an author and long-time wine writer for Wine Enthusiast, and he is also a wine blogger. As such, he straddles the ‘newer’ and ‘older’ worlds of blogging and traditional wine media in a unique way. He’s a good blogger, too, in that he’s smart and opinionated enough to get people thinking about, talking about, and sometimes really, really not liking his takes on the world of wine. Steve and I have traded both barbs and compliments on-line, and I’ve got a lot of respect and patience for him – and I’m looking forward to meeting him in Sonoma, because I’d love to interview him about his take on the future of wine writing.

Anyway, Steve probably tastes hundreds to thousands of wines per year. This is way, way above the total tasted by most wine bloggers, myself included, by a factor of… well, I hate math but I’m sure the factor would be measured exponentially (ah – another kick-ass adverb!).

Which means that if he participated in the Blind Tasting Challenge, Steve could unleash a Chuck Norris level of whoop-ass on the rest of us.

Because sometimes, we need that to keep our progressive, opinionated, but ultimately well-meaning blogger banter in perspective. Wine has been good to us bloggers, and not a day goes by when I’m not grateful to wine in some way/shape/form.

And I’m certainly not above having my butt handed to me (as I expect to have happen at the Bind Tasting) if it means I’m going to learn something and have another opportunity to increase my debt of gratitude towards wine.

Oh, before I go… Steve, if you’re out there reading this, you should know that a Google image search of your name turns up this little ditty… I suppose there is some resemblance… not sure if it’s you but I really, really hope it is… and if it is, do you still have the Jethro Tull-style hat? 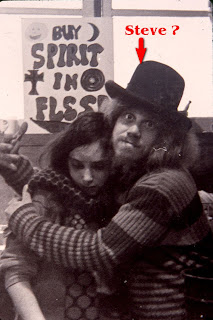