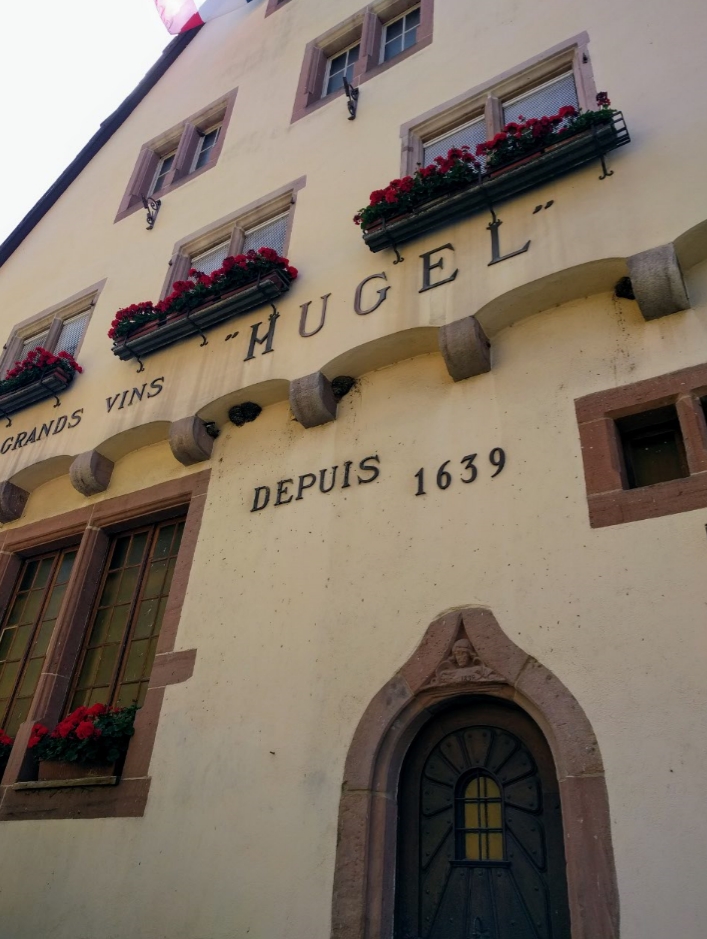 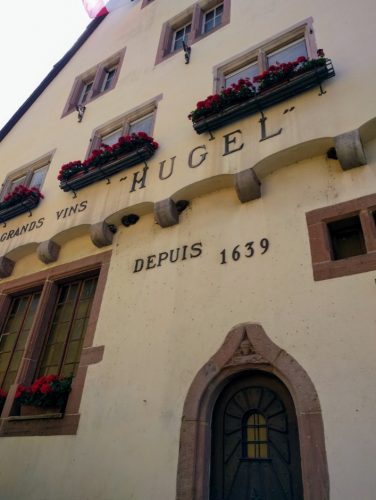 When I visited venerable Alsatian wine icon Hugel on a media jaunt earlier this year (2017), they were nary a year removed from the family tragedy of Etienne Hugel’s untimely death, and their CEO had left the company the week prior to my visit. When I mentioned to 13th-generation family member Marc-André Hugel that many of the faces in their most recent welcome video could no longer be found with the company, he quipped “You remember [the tv show] Dallas? It’s just like that here.”

If anything defines Hugel, it’s probably that combination of reverential, hard working focus and tongue-in-cheek, cavalier acceptance that Marc-André displayed with affable gusto during my visit. Which isn’t surprising, considering that if you took too seriously the things with which Hugel has to deal on a regular basis, you’d probably blow a gasket. As Marc-André put it, “having a company in the middle of a 2,000-year-old city is… not easy…”

Hugel makes about one million bottles of wine annually, exporting them to over 100 countries, and is fond of testing out new tech in the cellar (to wit: they claim to be the first company in the world to employ a robo-palette). But that cellar dates from 1543, and happens to be near the center of the improbably precious town of Riquewihr. The oldest barrel therein dates back to the early 1700s (full disclosure: I might have crawled inside of it… also, they generate some downright impressive tartrate deposits). The combination of relatively large production, modern touches, and ancient surroundings requires the careful use of their restricted (and highly regulated) space.

Life in the vineyards is equally “not easy.” Their most famous is probably Schoenenbourg (which Marc-André described as “my whole fortune!”); not only does it sits within spitting distance of Riquewihr, but it has, at its steepest extent, slopes that are around thirty-five degrees. Add to that farming difficulty the pressure of maintaining a site that has been revered for hundreds of years (Voltaire is said to have once owned holdings there, for example, which might explain where the Hugel clan gets some of their humor)…

It’s no surprise, then, that the Hugels would want to blow off some steam (taste with Marc-André, for example, and you’re liable to geekily pop open mystery bottles; among other things, during my visit we tried something with a missing label that we guessed was a 1985 Vendanges Tardive Pinot Gris). The good news is that the wines not only don’t show any worse for the wear of creating them, but at their best are downright sublime), sporting a seriousness that is belied by the quick wits of their creators. 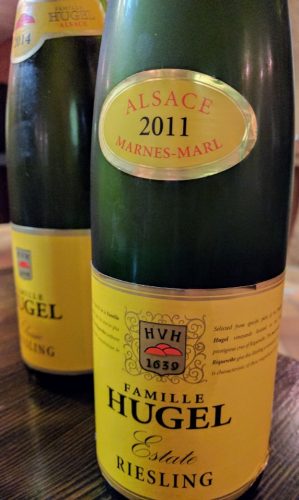 The grapes for Hugel’s Estate Riesling are from a cooler portion of the Schoenenbourg Grand Cru; the wine is linear and focused, with lime blossom, limestone, and ripe lemon notes, and a heaping helping of piquant acidity. The kind of piquant acidity that makes you want to taste it again after a decade of aging. For all of the joviality of the Hugels, this is all serious business. 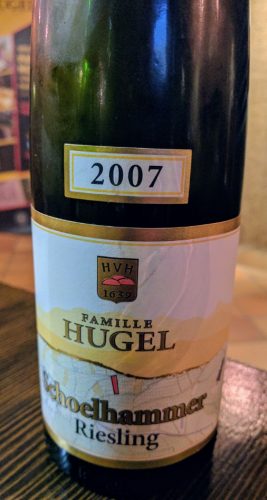 Organic as of about ten years ago, Hugel’s Schoelhammer vineyard holdings measure a hair over half a hectare, and this wine comes from about thirty rows of those vines (the label hints at this exclusivity – see inset pic). The wine is on allocation, but I’d almost consider killing someone on the existing list to get it (that is a joke, by the way). Stone, citrus, tropical fruits, chalky minerality, wet slate, white flowers… the nose delivers almost as non-stop as Marc-André’s comic quips. The mouthfeel is taut but its edges are smooth and ripe. Fresh as can be, but with brioche and lemon peel on a very (very) long finish. Incredibly, at ten years on it is still an infant. 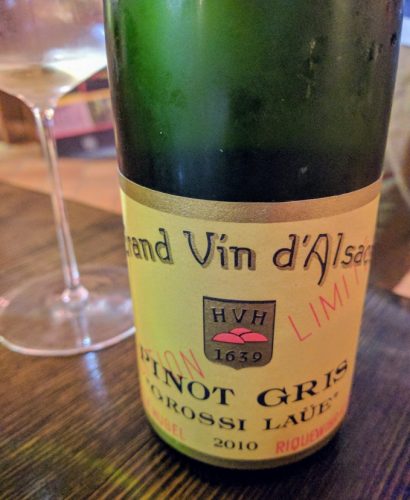 Marc-André described the origins of this PG as “great terroir;” it includes grapes from the Sporen Grand Cru, which in somewhat unique in Alsace in that it sees more morning sun due to northern and eastern exposures. Tropical, with hints of saline, oyster shell, yeast, lemon, melons, toast, citrus pith, and plenty of minerality, this wine gets even more interesting on the palate. There you find richness, verve, and spices in a way that makes the whole package quite serious, while still being approachable.

Also from Sporen Grand Cru fruit, and mostly from clay soils, Hugel’s Gewurz has some great salinity, astringency, and structure, while also delivering the requisite lychee, stone fruits, and spices. The rosewater action in particular is ultra-strong here, so if you’re one to stop and smell (and sip) the roses, you’ll want to make haste for this. 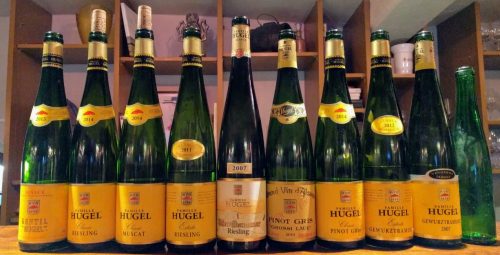 In 2007, the SPoren GC saw the longest grape maturation period in nearly a quarter of a century; the result here is a late harvest that is exuberantly aromatic, even by late harvest wine standards. There’s lemon candy, orange marmalade, roses, jasmine, fresh and ripe stone fruits, and all of them are coming at you with both purity and forcefulness. There’s perky structure here, too, a bitter-sweet interplay that is rare among dessert wines, followed by a long trip through the mouth that’s all round ripeness and zesty candy. This will likely age well for decades, but I’m not sure that I would be able to wait that out given how deliciously it drinks right now.