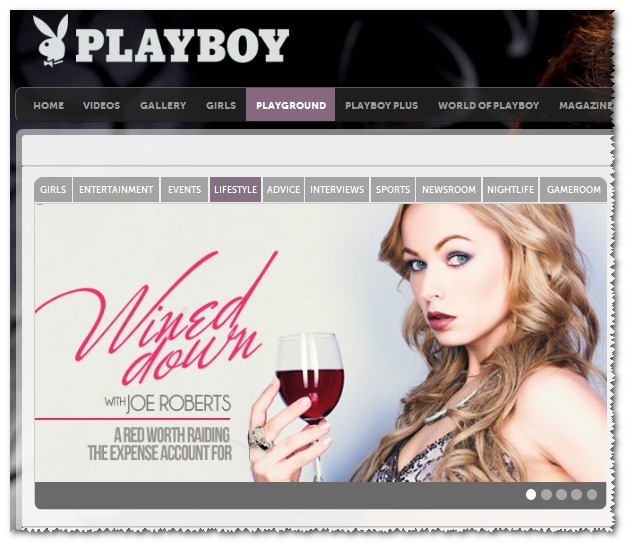 A couple of weeks ago, I cropped up in two totally unrelated places on the “Global Interwebs” – Playboy.com (which you expected, right?) and The Washington Post (which, admit it, you didn’t expect). 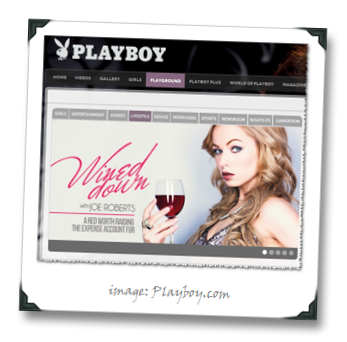 The Washington Post article, titled Some wineries adding a little hip to swirl, sniff and sip routine, was one of those rare instances where I was interviewed for a wine piece and then was actually quoted in the finished work. The quotes I’ve given to reporters have been so… well, probably so damned odd that my contribution to most wine-related article interviews seem to hit the cutting room floor more often than they do any column space. [ UPDATE: the original WP article link is DOA, but looks like Yahoo! News also picked it up so changed links to point to that version. Sorry! ]

I thought it worth mentioning because this particular AP article focused on wineries that were bucking the status quo in order to make trips to their tasting rooms more fun (imagine! the audacity!); the author had nice things to say about recent efforts in that space by Raymond Vineyards, Judd’s Hill and Brooklyn Winery, and at one point quotes me:

“The wine world’s about eight years behind everything with the exception of bottling lines and production techniques,” he says with a laugh.

The thing is, I don’t really recall laughing about it (at least not on the inside); if I did, it was I-work-in-an-office-and-this-Dilbert-strip-is-funny-but-it-also-really-hurts-because-life-in-my-office-is-really-like-that funny. I honestly believe that the wine world generally functions that far behind most other industries, and as amazing as the wine biz is, that lag is one of the most painful things about trying to get anything moving in the biz.

Anyway… on to happier topics… 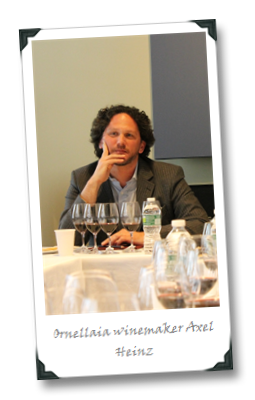 Back in April I penned a piece for my Playboy.com column, based on a retrospective tasting of Tenuta Dell’Ornellaia’s “Super Tuscan” blends, arranged for the media at NYC high-end audiophile equipment purveyor EarsNova (you really need to hear the stuff there to believe it… not only is that stereo equipment gorgeous, it reproduced the sound of a solo piano piece from CD so clearly that I thought someone was playing an actual piano in an adjacent room until I stepped in and saw a wall of high-end speakers… and that’s coming from someone who’s been playing in rock bands for the last 20-some-odd years). My thoughts on that tasting of very expensive Tuscan red juice is the subject of my latest Wined Down column, which you should read over at PB (if you can manage not to get too distracted by the other things going on there… which I know isn’t easy, I can barely do it and I wrote the damn thing!).

The short version is that I was impressed by Ornellaia winemaker Axel Heinz’s down-to-earth attitude about making wines that ought to be pleasurable to drink (for more on Axel, check out my video interview with him from the same event), and I was floored by some of the standouts in the tasting. 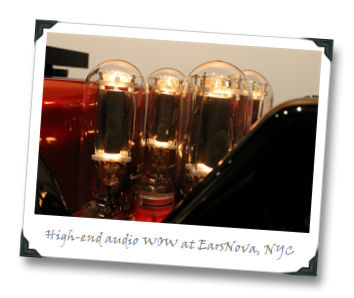 As you might imagine, tasting high-end Tuscan wine at a high-end audiophile shop brought a not-insignificant number of attempts at creating parallels between the acts of tasting and the acts of listening, not all of which felt authentic. But one of the EarsNova staff said something during that tasting that stuck with me, which was this (when describing how they approach creating a sound system):

That’s a great way to describe wines of real character, isn’t it? That they ultimately make you feel something beyond a list of taste descriptors. And those three Ornellaia vintages are like that; complex wines, balanced, fresh, and amazingly consistent across the vintages while still allowing the variation to create personality that is clearly expressed. Which is ultimately why they’re wines worth raiding the expense account for, if you get the opportunity.

This is a wonderfully textured, complex beast, with fantastic tension and balance; at turns big and bold and brooding,  it’s also, somehow, slightly…. relaxed.  Think Charles Bronson, all cleaned up and dressed in a finely tailored, Italian-cut suit, and you’ll be getting close. Which seems an odd thing to say about a true Super Tuscan that for several minutes is tighter than a walnut’s ass in the glass. But give it time and it absolutely sings, throwing off aromas of sweet spices, graphite, gourmet sausage, dark plums, olives, dried herbs, dark chocolate, and clay-like earth. The mouthfeel is beautiful, with acids that are vibrant, and expressive, giving life to the wine’s huge structural components and drier fruit characters. A big boy, who happens to also be carrying a tray full of fine black tea to serve you at the end of this vinous meal time.

On the whole, I thought the 2009 was every bit on-par with the floral, fresh but ultimately demanding and moody (as well as highly-celebrated) 2007 release (a “textbook vintage” according to Axel) and it also fare welled when I compared it to the savory, smoky, earthy, and lush-but-tangy 2001 at the same tasting (a wine that gave off a vibe like someone who’d spent their youth daydreaming but ended up becoming a successful businessperson in middle age).

9 thoughts on “Getting Hip At The Washington Post, And Raiding The Wine Expense Account With Ornellaia At Playboy.com”