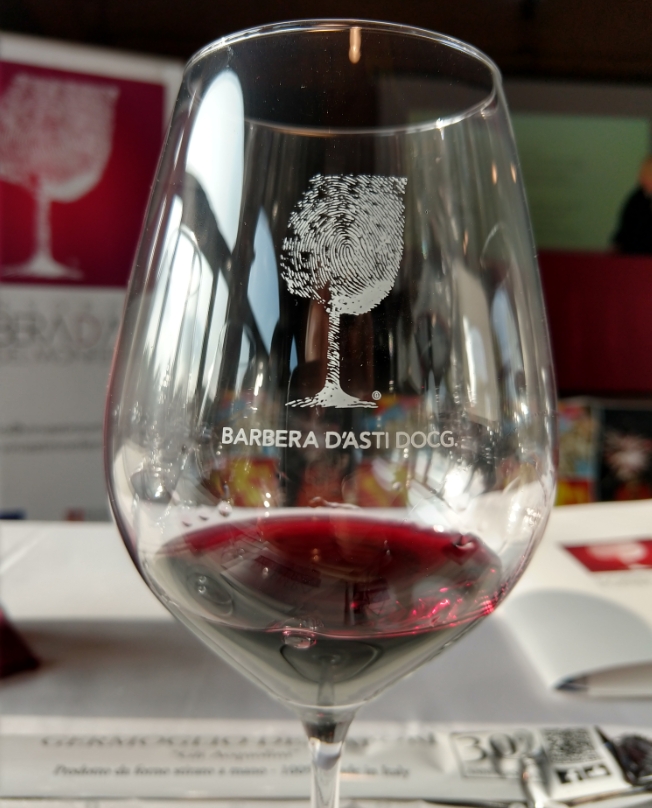 During my recent travels in Piedmont, I was part of a (rather large) media group that took part in a “Barbera Revolution” masterclass, held in the small town of Nizza Monferrato, organized by the Consorzio Barbera d’Asti e vini del Monferrato. There was nothing about that tasting of 2016 vintage releases to make me personally think that Barbera was undergoing some sort of quality revolution; likely a result of the fact that, given my history with the region, I was already convinced that Barbera in Asti was experiencing a quality renaissance.

So, no arms were taken up during the sampling of these 2016, but we did take up several glasses of promising Asti reds. Now that my stint with the My Name is Barbera program has wrapped up (for now, anyway), I felt comfy in taking a more critical eye on some of the latest Barbera d’Asti releases (not that you can ever fully take the critical eye from the critical guy, but I’ve generally avoided talking about Piedmonte Barbera here on 1WD while I was cashing checks for the video and blog work over at mynameisbarbera.com).

Here are my personal highlights from the tasting, many of which I think have been given short shrift from other critics in the past, and others that might be looking for US representation (importers… I’m looking at you!)…

Dante Garrone farms his Barbera on clay soils in Montemagno, and his approach can probably be summed up as exuberance. Floral, spicy, and full of wild raspberry fruitiness, this is a supple, fresh, and juicy joy to drink. The dried herb and leather notes are a nice touch, but overall this is friendly to both people and food.

This is a family that has figured out its sweet spot, marrying modernity with a bit of tradition, and churning out excellent Barbera at prices that are probably too low. Black fruits, plums, earth, spices, violets, cloves, and perfume aromas abound, exuding classiness; jumping acidity in the mouth and a long finish make this gorgeous (and versatile) to drink. Ok, love letter’s over.

Calcareous soils, and a mix of old and new wood make for an interesting combo in this Superiore, which starts off with vanilla, cedar, and plums, then winds its way to licorice, more plums, tannic grip, supple dark fruitiness, and finally to a long exit of spices and herbs. On the fuller-throttle side, and will stand up to heartier fare normally in the Cabernet-or-die territory.

Boom. Savory, juicy, spicy, long, concentrated… but also composed and emphasizing Barbera’s red fruitiness (rather than the darker plums and black cherries that usually accompany a Superiore this ripe). If you dig power, but also dig poise, this is your sweet `16.

There’s refinement amid the power of this 15% abv beast, primarily in how the perfumed aromas of minerals, flowers, cloves, vanilla, and red berries jump out of the glass and into the lap of your nostrils. Sure, there’s some heat, but it’s a sexy kind of heat…

Masters of the new Nizza DOCG, Olim Bauda is primed in style to become a further darling of the wine cool-kid crowd, and I mean that in the most positive senses. Cedar, smoked meat, baking spices, dark red fruits… the entire aromatic package is enticing. In the mouth, this is taught, focused, elegant, and very, very, very serious. Structured, sporting a long finish, bold, powerful, and potent (with that acidity, you’ll barely realize it’s over 15% alcohol), it’s everything that modern Barbera is striving to hit right now.

Dial it all up to 11, Barbera style: ripe red fruits, juicy plums, and raging acids, this is a shy baby right now that’s built for a longer haul in the bottle. Mineral edges, woody spices, and powerful heft and structure (by Barbera standards) are all combined into a potentially future stunner. If you try this and think that Barbera still can’t hang with the big boys, then… well, you’re wrong…