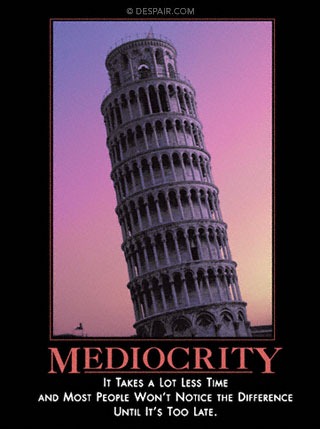 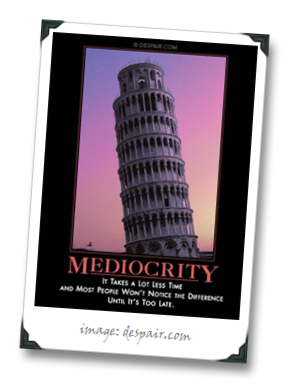 – “Facts of Life” by King Crimson

I get that newer wine areas need to experiment.  I get that you’re just exploring the multi-facets of your terroir.  I get that we don’t yet know which grapes will really sing when grown on your land.

I just don’t get why people should be sold the results of your experiment when they suck (the result, I mean, not the people). When those grapes don’t sing mellifluously, and instead let out what we refer to in my band as a “brown note” – well… why the hell should people pay out good hard-earned cash for that crappy experience?

I know what you’re going to tell me: “Hey, smarty-pants, people come in asking where’s the Cabernet Sauvignon and Chardonnay, so I have to grow them and make varietal wines out of them!”

I’m calling bullsh*t on that right now – and it’s in your own best interests, because it’s a totally bogus business strategy…

Let’s say, for example, that Cab and Chard don’t make wines of distinction from your budding terroir.  Let’s say that instead they make terrible, nasty, god-awful, please-flush-this-into-the-toilet-where-it-belongs wines.  Wines that taste like dog crap.

Newcomers to your winery, particularly those people who are also newcomers to wine, ask for them, because those are wine grape variety names that they know, and they’re looking for some familiar ground.  “Do you have any Cabernet?  I really like Cabernet.”

Of course you want to give these people good customer service.  What harm can come in experimenting with some Cabernet, and selling it to those customers if they really want it?

Let’s put it another way:

Instead of trying to introduce those customers to something new, something of quality, something of promise from your terroir, you’re going to give them a low-quality product, either to make a quick buck off of an experiment, or in the hopes that your sub-par product will make them trade up to the stuff that you actually do well?  This is your business strategy?!? Really?!?? Good luck with that.

I run into this situation. A lot.  The places differ, but the results are eerily similar.  It makes wonder what’s going through wine producers’ heads:

The other insidious thing about this flawed approach: it dilutes your focus.  It takes your precious time away from the stuff that really shines, the stuff your sites were meant to produce.  And the dilution of your focus sets you back; it delays the manifestation of your true vinous destiny.

I’m not saying don’t make fun wines, or stop making less-serious wines, or avoid experimenting with wines from different varieties in different terroirs.  We need those wines. We desperately need those wines. I drink those wines almost every day.  Dry, bubbly, sweet – as long as they’re well-made, as long as they have something to say, even if that something is “just drink me now and have some fun,” then I’m 100% cool with that.  What I am saying is don’t make wines that suck and then push them off on your customers.

So please – enough already.  Enough offering fourteen, fifteen, twenty-five wine options to people.  Enough pandering to the influences of marketing behind the most well-known wine grape varieties.  Enough diluting what your land was meant to provide.

Time to ignore the shiny coins people, and instead focus on the things that really work in your corner of the wine world, by making the wines that make your terroir shine.