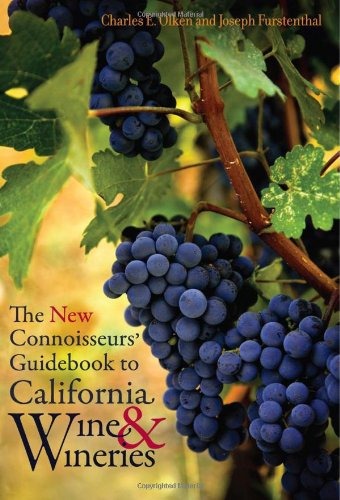 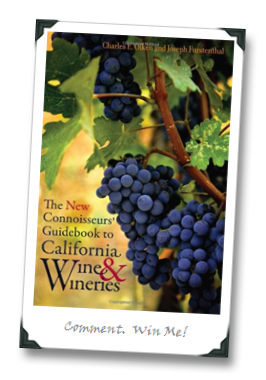 For the next act in my continuing saga as judge in the Georges Duboeuf Wine Book of the Year Awards, I wanted to detail the awards finalists that didn’t make the cut for my top three candidates for this year’s award (the three is not an arbitrary number, by the way – as judges, we were asked to pick our top three selections for the award from the seven finalists chosen by the event’s organizers).

And, we’re going to give away a copy of one of those books – Charlie Olken’s excellent New Connoisseurs’ Guidebook to California Wine and Wineries – to one lucky commenter!

Most of you know the drill: you comment, and in one week a winner is randomly selected from the comments.

Personally, I find myself swayed at least a little bit when it comes to awards like this, in terms of my wine book purchasing decisions.  I suppose that a part of me figures, Hey, if some people took the time to judge this thing against its peers and say it was good, it’s probably pretty darn good – but all-in-all, when it come to wine book buying, I probably put more weight into jacket testimonials (especially when they’re written by people that I know and respect).  So the question I’ve got to get our comentarios del blog de ​​discusión started is this:

Do awards factor into your wine book-buying decisions? Or are they like most wine competition medals (i.e., kinda meaningless)?

My thoughts on all of the non-top-three-listed finalists’ books are below after the jump. I need to preface this by saying that these books are all worthy additions to the English-language wine book lexicon; they just didn’t make my top three for the Georges Duboeuf award based on the judging criteria.  That competition was stiffer than the graphite neck on those headless Steinberger basses that Geddy Lee used in the `80s, so not making the cut shouldn’t be treated as a slight; in fact, simply being included in the list of finalists for this year’s award is a nod to the quality level of all of these books.  Now that I think about it, I might be getting in trouble by listing these finalists, but technically no one involved in the awards has said that I can’t list them… so what the hell, here we go!

Next week: my take on the top three and my #1 pick for the award… 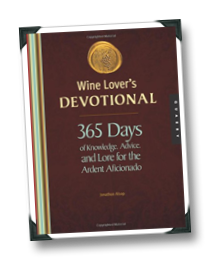 Wine Lover’s Devotional: 365 Days of Knowledge, Advice, and Lore for the Ardent Aficionado by Jonathon Alsop (about $15)

Alsop brings a wealth of wine writing experience to the table, and it shows in this well-written, well-organized, and well-designed book.  Devotional is a sort of top-of-the-iceberg scrape across the entire modern wine industry, and is targeted at people who are moving out of the “I think I like this wine stuff” phase and into the “I am seriously in love with wine now and my thirst for wine knowledge is bordering on the obsessive” phase into which all true wine geeks eventually find themselves passing.  Great book overall, if a bit constrained by its breadth, but for budding wine geeks it could be the best gift they receive all year (aside from that bottle of Mosel Riesling, I mean). 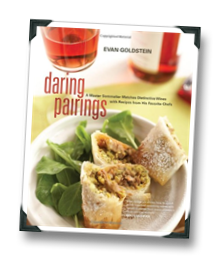 Daring Pairings: A Master Sommelier Matches Distinctive Wines with Recipes from His Favorite Chefs By Evan Goldstein (about $25)

A follow-up to Goldstein’s impressive Perfect Pairings, this book is a capable successor and is worth the price solely for the dissection of the food & wine pairing approach that Goldstein himself uses – that’s what he does for a living, and it shows.  Having said that, he avoids treating the craft as overly-sacred, and the book is accessibly-written.  The most impressive thing about Daring Pairings, though, is that it’s a cook book that focuses exclusively on dishes that pair well with wines made from more obscure grape varieties.  As the wine U.S. market continues to mature, this book will find increasing relevance; but for budding wine geeks, it’s a great intro to world of oft-overlooked-but-still-worthy wine grapes. If it has a weakness, it’s that some of the recipes are quite involved and I suspect would prove a bit too daring for some wanna-be chefs out there (they look hopelessly difficult to me, but I’m no cook!).

The New Connoisseurs’ Guidebook to California Wine and Wineries By Charles E. Olken, Joseph Furstenthal (about $20)

I’ve written about Charlie’s latest release before, so I’ll just direct you to that review for the skinny on this one.  It’s worth noting that Charlie literally wrote the book on California wine, so whenever someone like that updates a book like this, it’s worth some of your attention as a wine lover.  Obviously, due to the focus on the current state of CA wines and wineries, the Guidebook gradually loses relevance over time and probably would benefit from more frequent updates, but then again you should just subscribe to Charlie’s website if you want to follow the latest and greatest in CA wines.  Sure, the focus is narrow (by design), but if you’re in love with CA wine, Charlie’s views, reviews and advice are indispensable resources.  If you’re this week’s lucky giveaway winner, you’re not gonna be disappointed. 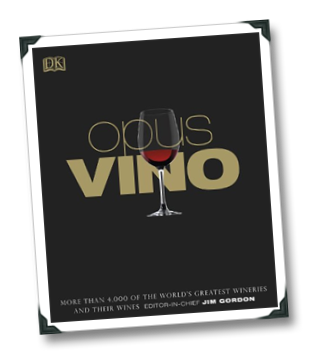 Ah, by far the trickiest one of the bunch for me when it came to the awards judging.  This one went into and out-of my top three list for the GD award probably a dozen times.  So I now have developed a complex love/hate relationship with Opus Vino.  Jim Gordon assembled a crack team of young wine writers for this ambitious tome, many of them who made their names primarily through their on-line work, and some of whom I count among my friends (hopefully that’s still the case when we get done here…).  For having such a long and varied list of contributors, Opus Vino has a surprisingly consistent voice, and manages to approach each topic with reverence while not shying away from the controversial (an issue that plagues so freakin’ many wine books these days).  The maps and supplemental material are beautifully rendered, and the producer recommendations are top-notch.  The rub, for me, is that this book is packaged in an enormous, coffee-table style and the overall presentation and organization scream Old School while the writing screams New School, and as a result it comes off as having a bit of an identity crisis.  My biggest gripe, however, is that some of the writing doesn’t go deep enough.  Offering depth is of course supremely difficult to do when highlighting a regional producer using one or two summary paragraphs, but is it really too much to ask to elaborate a little bit when making statements like “off to a good start” or “has room for improvement?”  Improvement in what respect?  It might seem like a minor cavil, but this book is in competition with classics like Tom Stevenson’s Sotheby’s Wine Encyclopedia, and there’s no question Tom is able to pull that off.  A difficult charge, for sure, to be in that kind of company – but I think the cadre of talent behind Opus Vino would have been up to the challenge.

20 thoughts on “Georges Duboeuf Wine Book Of The Year Awards, Continued (“Best Of The Rest” Giveaway!)”