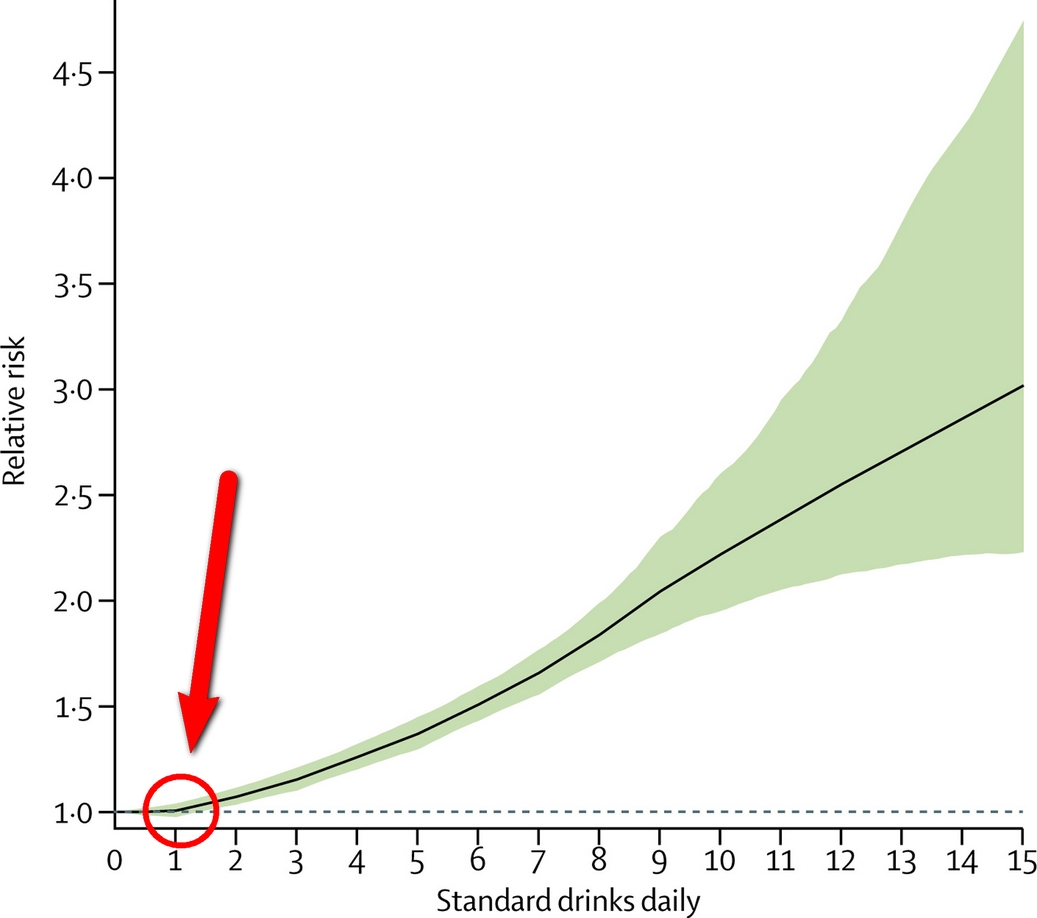 Recently, an examination of a rather large data set of studies (we’re talking nearly 200 countries, and over 690 pieces of work involving millions of people) was published in Lancet, and most of my alcohol-loving friends just about lost their sh*t.

The reason for the theoretical emergency bowel-vacating stemmed from media coverage of one of the Lancet study’s late conclusions, and the one harpooned by the media and shared pretty much everywhere (emphasis mine):

“Alcohol use is a leading risk factor for disease burden worldwide, accounting for nearly 10% of global deaths among populations aged 15–49 years, and poses dire ramifications for future population health in the absence of policy action today. The widely held view of the health benefits of alcohol needs revising, particularly as improved methods and analyses continue to show how much alcohol use contributes to global death and disability. Our results show that the safest level of drinking is none.”

That pithy little emphasized sentence above is the scientific equivalent of constructing a late-game, come-from-behind, potentially-game-winning NFL drive that started on your team’s own ten-yard line, culminating in a 3rd-and-long breakout run during which your guys fumble the f*cking ball at the goal-line and emerge with a heartbreaking loss. This is because there is a wealth of health-related insight that could come out of the Lancet study, and they chose to focus on the one aspect that the data don’t actually support directly; that conclusion is controversial at best, and is only loosely inferred from the analysis, based on the facts and results cited in the very study itself.

Bear in mind that alcohol constitutes an inordinate amount of the professional and leisure portions of my existence on this planet, which is why instead of trying to make that case myself in my own (not-so-)potentially biased way, I’ll instead refer you to Vox, who have already (splendidly) done that for me…

Vox’s Julia Belluz has executed a well-researched and thoughtfully-entertaining takedown of the recent Lancet study, and it’s well worth a read, especially if you’re among the paints-soiling numbers who kind of freaked out about not being able to drink ever again.

This quote in particular from the Vox article needs a spotlight, as it brings a statistical numbers focus to the results and effectively acts as the article’s TLDR summary:

“…statistician David Spiegelhalter estimated that 25,000 people would need to drink 400,000 bottles of gin to experience one extra health problem compared to non-drinkers, ‘which indicates a rather low level of harm in these occasional drinkers.’

…the difference in health risk between those who drink nothing and those who have one daily drink is tiny — and, given the weak observational research it’s based on, potentially not meaningful.”

My slightly longer, but still abbreviated take involves this little summary results graph from the Lancet study (again, emphasis is mine):

As you can see above, the difference in cumulative relative health risks between having zero drinks and having one drink daily is reeeeeaaaalllly small. In fact, statistically it could be argued that the difference is within error margins; in other words, it’s almost zero.

But if you want to play the statistical numbers, all things being equal health-wise you’re no worse off drinking in moderation than you are not drinking at all. And that conclusion is more-or-less just as valid based on the findings of the Lancet study as their conclusion that you should never drink if you want to reduce your overall health risk.

What this study does do a great job of underscoring, in my not-so-humble opinion, is the relative health danger of regular, immoderate/excessive drinking, which is undeniably a major worldwide issue right now and a substantial burden on our global economy and mental, social, and physical well-being. But focusing on moderate, responsible drinking as a problem – based on these data – is a bit like saying that we need to be careful about our water intake because too much of it can kill you…