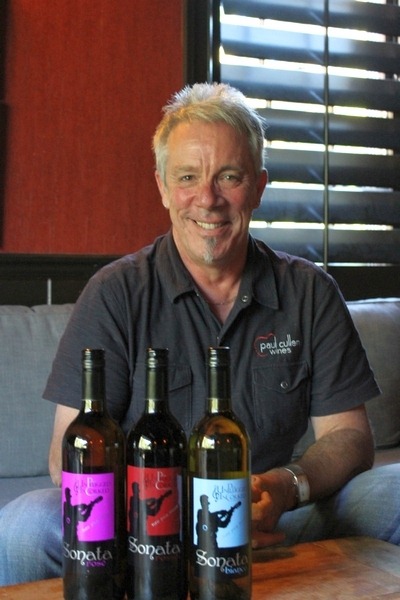 For any number of reasons, former Bad Company touring bassist Paul Cullen’s wine endeavor ought to strike us as poised for abject failure. 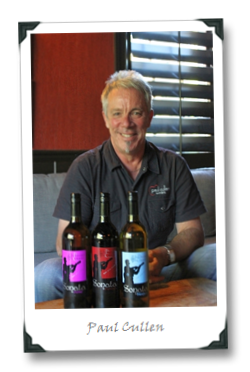 For starters, enough rockers have their names attached to wine labels that I think we’d now be well within rights to cast this latest performer-turned-proprietor foray into the critical gaze of our our jaded, caustic, Sauron-like eye.

You can just hear the collective sigh of the wine cognoscenti now, can’t you?

Do we really need another one of these?

Couple that with the Cullen’s combining of his new (and decidedly un-Bad Co.-like) music, food pairing recipes (Cullen is an avid cook, having learned the craft from his Italian grandmother) and his offer for live Skype performances for wine club members, and throw in the tagline he’s been using – Unplugged & Uncorked – and you’ve seemingly got all the makings of post-heyday rocker desperation.

But to draw that conclusion would be to ignore a few of the more pertinent details behind Cullen’s wine brand, and behind Cullen himself. As I learned firsthand over lunch and sample tasting with him last week at Wilmington, DE dining institution Columbus Inn, Cullen is offering a lineup of wines that are as humble, approachable, friendly, food-obsessed, and full of interesting backstory as the purveyor himself.

A backstory that includes selling Italian wine, for example.

See. Told you it was interesting…

Cullen’s career trajectory mirrors that of a lot of rockers, except for the washed-up, drug-dependent tragic ending. He began playing bass only in his twenties, and, as he told me, “must have done something right, because a few years later I was touring with Bad Company!”

Cullen was recruited by Bad Co. for touring after the band entered a new renaissance period in 1990 with the album Holy Water. “I was playing in front of twenty thousand people a night, it was incredible.” It didn’t end incredibly, however; the details are best left to Cullen’s memoirs, but in summary he left the band and came home to little money or future prospects. “I had pretty much nothing, “ he told me, “ and the good bass gigs were already all locked up.” Before long, rather than 20,000 people a night, he was playing to more like twenty.

But Cullen had been bitten by the wine bug while in Bad Co., even if he wasn’t one hundred percent aware of it at the time. After engaging in things on the Bad Co. tour bus that I probably shouldn’t be writing about (another one best left to the memoirs!), then band-mate Mick Ralphs asked Cullen if he liked wine. “I didn’t really know anything about wine at the time,” he recalls, “and Mick pulled out a case of Chateauneuf du Pape. And I thought ‘damn, this is good!’ That was the first real ‘holy sh*t’ wine moment for me.”

Fast forward several years, and Cullen found himself working for a friend’s Italian wine importing company, traveling the U.S. selling wine and traveling northern Italy learning about it. A crash-course, deep-dive into wine ensued. On a vacation trip to the Delaware beaches, Cullen met his now wife, took up a new instrument (nylon-string guitar) and started factoring wine destination locations into his free time.

“That’s when things really started coming back together for me,” he recalled when discussing how his passions for music and wine (and a knack for relationship-building and hustling for sales) began converging at the time. Soon after, Cullen started getting the idea of making wine himself, to pair with the food that he likes to cook and eat, and seeing if he could capitalize on the general good vibes surrounding wine and food tastings, which increasingly became a focus of his live performances. 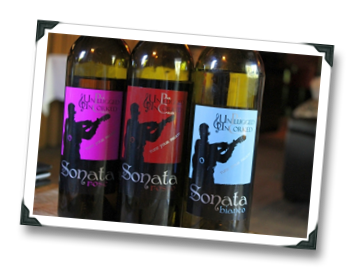 For Cullen’s first pass as wine purveyor, he selected fruit from the Sierra Foothills and the winemaking team at Drytown Cellars, all through blind tasting trials. “We kept coming back to the Sierra Foothills fruit,” he told me; Cullen doesn’t make the wine, but has the say in the blending session decisions which he attends in person.

Cullen is nothing if not enthusiastic, so much so that I got the sense that he doesn’t take too many things for granted (going from crowds of twenty thousand to twenty can dot hat to you), and that he’s genuinely appreciative of the people who buy the wines and come out to his shows. I also got the sense that he knows what he likes, and apparently he likes overachieving wines that surprise you with their approachability, tastiness and uniqueness. The current releases are non-vintage blends, all bottled under screwcap. I wouldn’t age them long, but I also would be quick to open these with food from the grill, and they provide some serious evidence that we probably ought to be taking Cullen’s journey into wine more seriously than jadedly (pressure’s on now for the sophomore effort).

The white (called Bianco, about $12), is tropical and richer Sauvignon Blanc/Chardonnay blend, and it reminded me of some of the overachieving Sauvignons coming out of Sicily right now. The Rose is where things start to get more interesting – a blend of Petite Sirah blended with Fiano (yeah, I’m serious). It’s savory, pithy, meaty and easy to like, with a slight orange-wine-esque astringent streak from the extra bit of skin contact that it sees (it’s a natural for a charcuterie plate). The best of the bunch for last, though –

This is wine that’s very, very difficult not to like. Jammy with blue- and blackberries (courtesy of the Syrah and Zinfandel in the blend), and probably a touch too much oak (but not obtrusively woody), there’s a leathery note that gives the wine a tiny bit more gravitas than you’d expect for the price range. It’s spicy, too (courtesy of a splash of Cabernet Franc), and the ripe red fruit finish is quite long for a wine in that thahr range. Short ribs seem a natural companion, a fun and tasty comfort food for a fun and tasty comfort wine. In a time when California red blends like this are ruined by overpricing and/or too much soulless fruity sweetness, it’s refreshing to find that an thoroughly California, easy-going wine like this is available (and is equally easy-going on your wallet). And yeah, this would only cost about four euros if it were made overseas, but they can’t really make wines quite in this jammy vein in most of Europe, (at least, not until global warming progresses a bit further), so get over it.