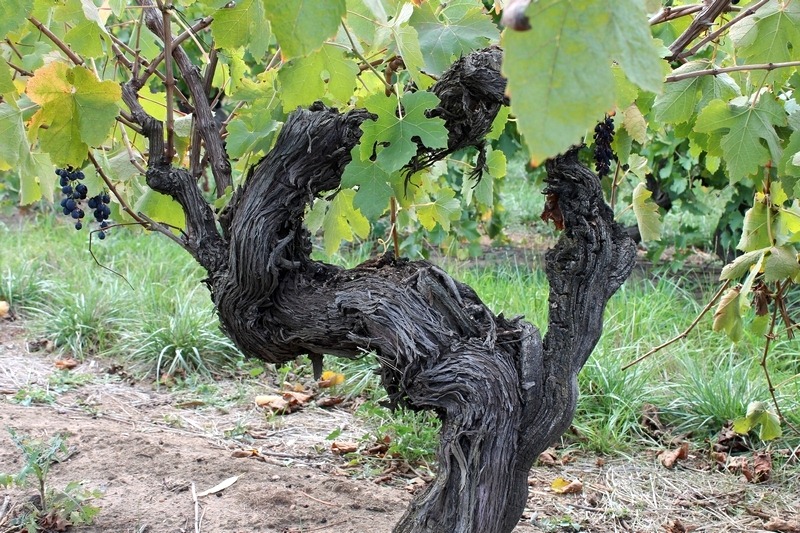 I have a confession to make. I hate the word “freedom.” 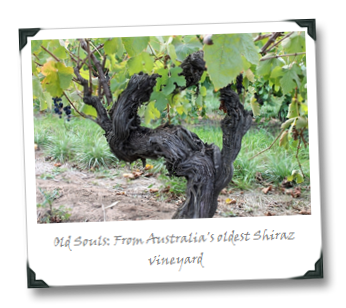 Rather, I hate the misuse of the word freedom; because, at the risk of sounding like an unpatriotic American, I’ve noticed that most of the time people use “freedom” when they really mean “liberty” (the latter of which, unlike the former, constitutes non-contradictory inherent states of being and is actually the idea most people have in mind when they talk about the principles upon which the USA was founded). Of course, I’m still red-blooded enough of an American to call myself “American” and laugh when the Canadians also call themselves “American” (Canadian: “Where are you from, eh?” Me: “I’m an American.” Canadian: “Well, I’m an American, too – a North American.” Me: “Awww… that is soooo cute!”).

Anyway, today I officially wrap up coverage of my two-week Australia jaunt earlier this year as a guest of Wines of Australia, recounting a visit to what must be one of the wine world’s most special places: what’s believed the oldest surviving shiraz vineyard in the world, first planted in 1843 by Christian Auricht, who emigrated his family to South Australia to escape religious persecution in Prussia. 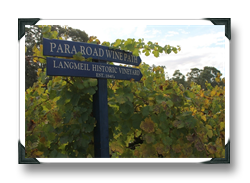 And in that sense, the name of Aubricht’s 3.5 acre alluvial loam, red clay, limestone and ironstone Tanunda vineyard – now tended by Barossa producer Langmeil – is not only poignant but also apt (and, I’d add, technically correct!): The Freedom 1843 Shiraz Vineyard.

The wine produced from it shares the same name, and it just might reinvigorate your faith in Southern Hemisphere Shiraz from the persecution of overly-extracted, soda-pop, wanna-be Shiraz plonk…

I toured the vineyard with affable Langmeil winemaker Paul Lindner, who is quick with smiles and answers to questions, but doesn’t talk much by Aussie standards. His general winemaking principle, particularly with respect to the fruit that comes from Freedom, is to get the hell out of the way and let the fruit do the talking (more on what it has to say in a minute or two). 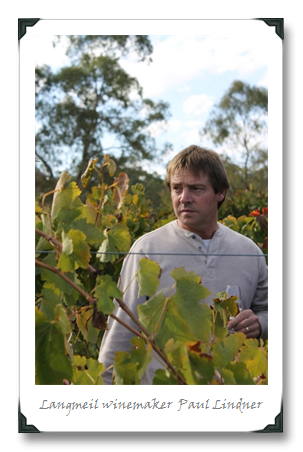 While the property itself is quaint – with restored cottages, windmills, and well-kept old farming equipment – it’s the vines themselves, still planted on their own pre-phylloxera roots, that make the place truly incredible for any real wine nerd. The best way that I can describe it is that you don’t visit the old vines so much as you commune with them; we are fascinated by old things in the wine biz, and so approach vines this old – vines that were planted when Ulysses S. Grant graduated from West Point – the way you’d approach a redwood or a giant sequoia. It’s the way that you approach anything that through a combination of providence and determination has achieved a natural grace simply by surviving, a grace that no human is likely to ever fully appreciate simply because we don’t live long enough to achieve it. It invokes feelings in me that only two other places have ever engendered, Lodi’s Bechthold Vineyard and the small Hill Of Grace vineyard holding from fellow Aussies Henschke. 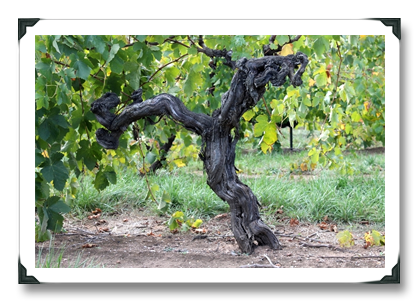 These are the kind of gnarled, twisting, vines you’d expect would be better suited to driftwood or as the material for over-priced Pottery Barn furniture articles than they would be for fine wine.

The Freedom vineyard, planted predominantly with Shiraz, is still dry-farmed, and surprisingly productive for its fragility and age (“productive” here being a relative term – we’re still talking about low yields, around 1.5-2 tonnes to the acre). Freedom might be the oldest vineyard in Oz, period, and is almost certainly the country’s oldest Shiraz vineyard. More importantly, it produces excellent, terroir-driven wine that, while not cheap, is actually affordable for many of us (“affordable” also being relative – I don’t know about you, but I sure as hell can muster up $80 for a bottle of wine faster than I can for $600-or-so for, say, Hill of Grace). 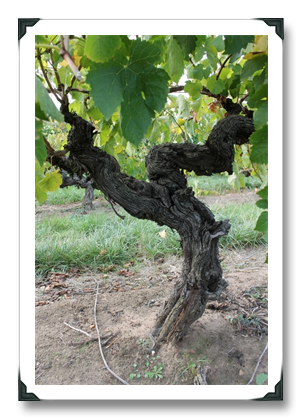 On to the tasting notes, since you’ve waded through the preamble ling enough! 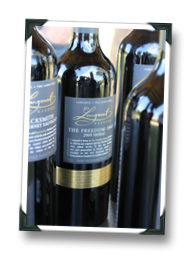 Exactly what true old vine terroir ought to transmit: concentrated, complex & gorgeous. This was one of my personal faves of the entire tour Down Undah, and that tour included tasting the most recent (at the time) releases of Henschke Hill of Grace and Penfolds Grange. Not that it’s quite on par with those wines, but it comes awfully damn close for about 13% of the cost. While the Freedom hits first with chocolate aromas, there’s a delicacy to the wine, with oak spices, cedar, tar, leather, smoke, toast, dried fruits and plums all getting an aromatic turn. Freedom has what I would call gorgeous acidity, nearly perfectly balanced with the red, black and blue fruits on the palate. Most impressively, though, is the concentration this wine achieves – it feels 100% natural, dense but with a tangy red fruit core that suggests it will pair well with a variety of steak or game dishes, and that tanginess sails right on through to a long finish with red, blue and sweet plums bringing it all home. It’s not cheap, but it is worth every penny.

Barossa’s chocolate & blackberry standard gets a bright, tangy & nutmeg-sprinkled makeover here. It tastes like a Barossa primer, and it should considering it’s sourced from a number of vineyards in the drier areas of the valley, then open fermented and basket pressed. This is a juicy, meaty, leathery Shiraz, full of raspberry and blue plums flavors to go along with those blackberry and chocolate notes. But – and it’s an important but – there is bright, red-fruity lift here, as if someone decided (correctly) that big Barossa Shiraz needed a bit of a face-lift. 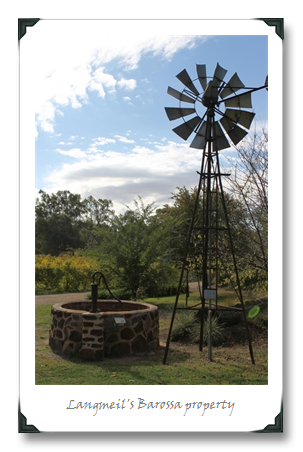 Vibrant & juicy, the classic BArossa Cab notes of tea leaf, blackcurrant & cocoa are here, but they belie that tough boy namesake. Add pepper, mushroom, dried herbs and mint to the mix and you have a pretty compelling nose for $30. Vibrant red currants dominate the fruit flavors, and the best way to convey the essence of this wine is, I think, to tell you that it straddles the bisecting line between juicy and vibrant, straight as arrow right down the middle. 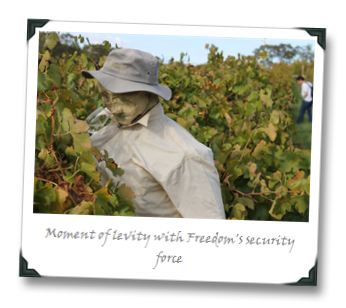 Some wines feel like a river pouring into your mouth when you drink them, and this is one of those wines. There’s a powerful undertow of ripe red fruit in that river, with spicy chocolate, minerals, herbs, a little bit of pithiness, & a chalky grip that defines the wine. Probably not for everybody, but those who like their Ggrenache to have more power than flower will dig this.

Named after a “curse” often spoken by one of Langmeil’s Lutheran growers when the vineyard heat starts getting to him (apparently this is one of the worst curses he utters, civilized fellow that he is), this overachieving, blue-fruited Shirz/Vigonier (co-fermented) blend will deliver your wallet from evil. Hanging’ Snakes does a great job of preserving the bright, floral, peppery side of Shiraz, keeping the heft at bay in favor of more feminine, approachable juice.