Excruciating pain has a way of giving you additional focus. 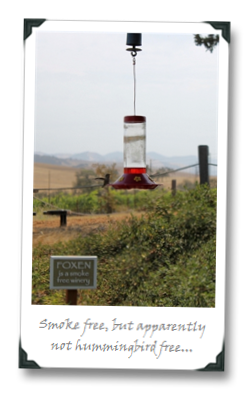 I’m learning this the hard way, courtesy of a degenerated L5-S1 lumbar disk which is causing a bulge that my spinal cord finds disagreeable (“disagreeable” as in “excruciating sciatica that is more painful than when I broke a bone in my hand and is now at the point of nearly debilitating me”).

I mention this as framing only, because when you’re on the road (in this case, a paying gig handling social media ambassador duties for the 2013 Chardonnay Symposium) dealing with this kind of pain, it takes something special for you to bother expending the energy required to really focus on it. You’ve got to seriously want it, and it has to be seriously worth it.

That’s the best way I can sum up my time tasting a handful of the twenty nine (!) different wines offered by Foxen’s vintner Dick Doré and winemaker Bill Wathen during a brief trek through Santa Maria a few weeks ago; that they’re worth your focus.

Doré was scruffily unshaven (not judging – so was I!), down to earth and amicable, touring me with the occasional waves of his long and lanky arms through their new winery that sites a short distance down the road from the barn in which Foxen had been making wine for about twenty-five years. Foxen is one of those unassuming producers that sits under the radar, but gets a knowning nod when discussed among wine geeks. I got the impression from Doré that they like it that way, and that they’ve yet to fully grow into the skin of a three-year-old facility that would be modest by most California Disneyworld-like tasting room standards…

First, a bit of background: Foxen is named after William Benjamin Foxen, Doré’s ancestor, and English sea captain who met a Spanish lady in Santa Barbara in the 1830s and (as those who have loved Spanish ladies have already guessed) never left. Foxen bought Rancho Tinaquaic, where the winery is now located, and the anchor on their label is taken from his old cattle brand. Now, they’re mostly dry farming their vineyards and are moving to 100% solar power, which I mention only for you hippie-types (go back to hugging your trees now, okay?). 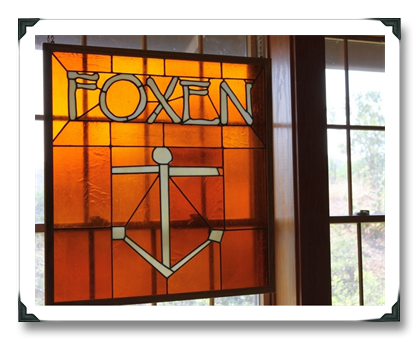 Foxen’s under the radar profile seems a sort of historical apology for taking the moniker of the man who’s family name is somewhat prevalent throughout the area (which is named Foxen Canyon, and sits on Foxen Canyon Road… you get the idea). But it might also simply be a natural offshoot of the unassuming Doré himself. I’m not a psychologist (I just play one sometimes on the Internet), so let’s stick to the wine.

The low profile has paid off, in a few ways; Foxen is a critical darling, and their mailing list position is strong enough that their 17K or so cases sell with some recession-resistance (“We were lucky enough to be in a position that we didn’t have to sweat on orders in 2008” Doré told me). Foxen’s wares are also the kind that tastemakers love to love right now: vibrant, understated, elegant. The wines (mostly Pinot Noir and Chardonnay) harken to Burgundy, and not by accident. During our tasting, Doré recalled working as a vineyard manager at Chalone in the late 1970s, where he “drank a lot of old Burgundy that Dick Graff had stocked up in his cellar.”

Interestingly, Doré doesn’t find the dizzying number of Foxen bottlings distracting; he finds their yeast profile the most troublesome. “We concentrate most on yeasts,” he said; they use up to five different strains in one blend. We were already at too much math for my pain-addled brain to handle at that point, but fortunately we were about to transition to tasting the juice… 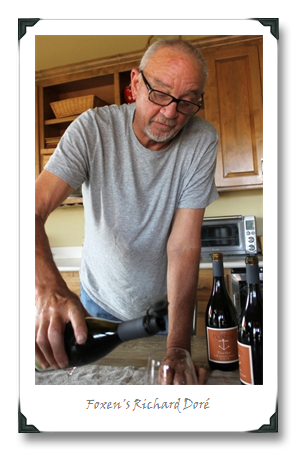 Tropical, citric, and textural thanks to some lees aging, there’s little not to like here for Chardonnay lovers. Also, if you’re into tension à la suspense films, the juxtaposition of fleshy fruit with linear acidity here should hold your interest until the bottle is long gone.

The result of five different yeasts, the nose shows that the complexity was worth it: pear, peach, blossoms. The texture is racy and rich at the same time, and overall it’s just lovely stuff. Typical stalwart release and further evidence to buttress its position as the possible standard-bearer of SMV Chard (go ahead and flame me for that one if you want… just realize you’ll be picking on the injured guy…). By the way, we tasted back to the `06, which added toasted but, honeydew, bruised apples and heady florals to the UU picture; it was drinking great, if a touch hot, and clearly had much more life left in it. 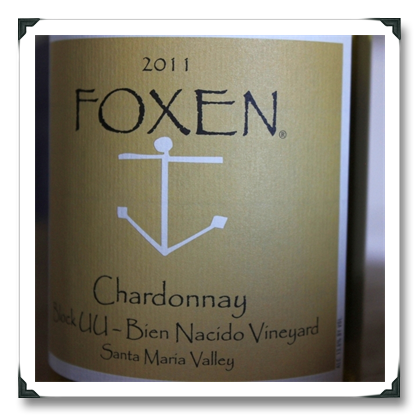 Herbal, structured, dark of fruit, heavy on demanding. You’ll want to be in touch with your inner Dark Side with this one (start practicing your Darth Vader breathing sounds now), as the dark cherries and silkiness power through a very long finish and ultimately dominate this stellar wine.

Gorgeous and chewy, the dense black raspberry fruit doesn’t linger as long as the underbrush, spices, and herbs do (and they linger for a seriously long time). There’s a ton of acidity riding the undercurrent here, and it’s still a few years from being ready for prime time drinking.

From the first block planted on the vineyard hill from which this is sourced, upon which the farmers “rolled the tractor due to the steepness” according to Doré. He also told me that “this Pinot will go with steak… we sell a lot of it in Texas.” That’s an apt description of the soul of this hefty Pinot, which is still full of cedar, sandalwood, sage and and other serious spices from its time in oak. Leather, black raspberry, pepper, and tea make appearances later as it warms up in the glass. 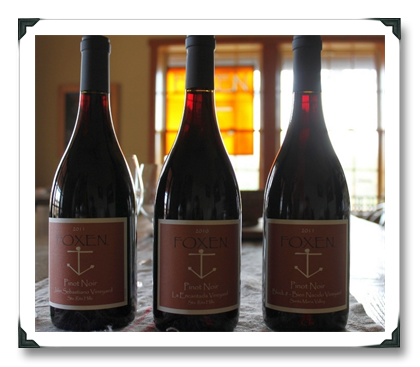 Essentially a GSM field blend, there are tart red and blue plums, and great dried sage action. The fruit is dense without being ponderous; there is heft here, but not bloat. Spicy, vibrant, lingering, and totally Somm-friendly.

A wine aged in what Doré calls the “big fat bastards” (a few large Hungarian oak barrels), from four acres of low production Syrah plantings. This is inky stuff, dusty dried sage, cracked black pepper rubbed into meaty, savory cuts of game with blackberries poured on top. Power and poise, and a touch of rusticity (in every good, authentic senses of that word).