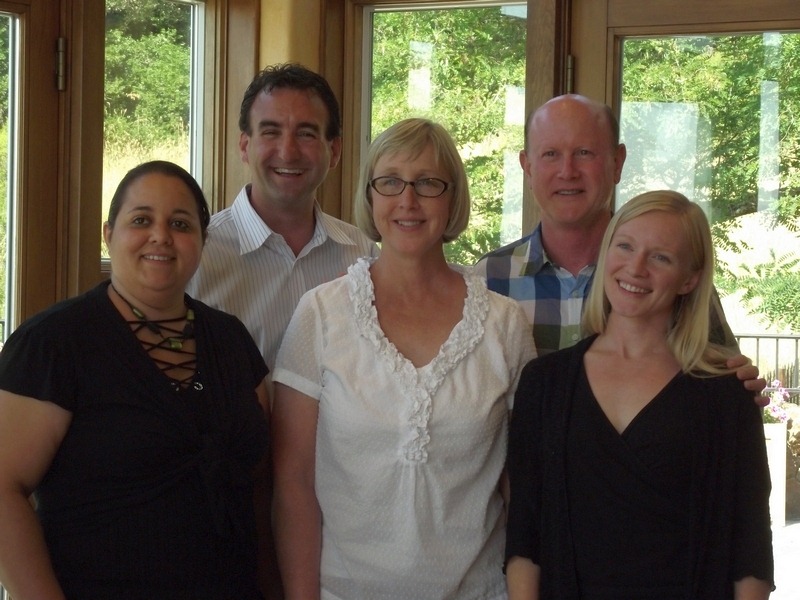 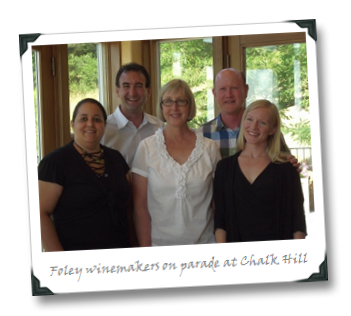 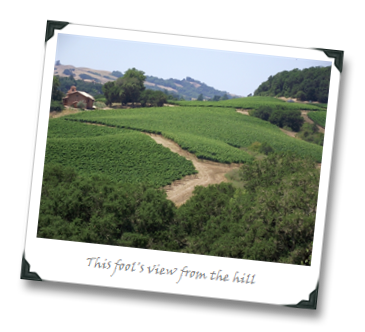 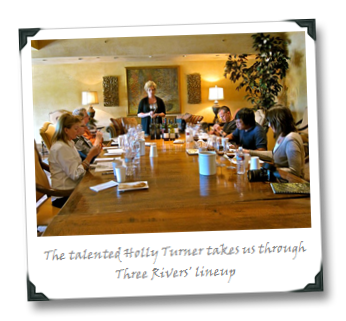 For those who haven’t been keeping up on such things, Foley Family Wines has been scooping up producers at a pretty speedy clip over the last few years, and aside from their eponymous label established in the late `90s they now own Two Sisters, Three Rivers (who you might recall also produces a wine with rocker Geoff Tate), and way-more-than-four other brands including Altvs, Clifford Bay, Eos Estate, Firestone, Kuleto, Lincourt, Merus, Sebastiani (probably their most publicized acquisition – and by the way, no, we’re not done yet), NZ’s Vavasour and our hosts that day, Chalk Hill.  Whew.

The amazing thing, to me, was that in tasting through damn nearly fifty of the wines from almost all of the above producers that July day, I encountered very few dogs and quite a few winners.  Not a result one might expect from a obscenely-rich-guy-buys-up-wine-brands-he-likes scenario, but I’m convinced at this point that Bill Foley has decent tastes (at least when it comes to wine). 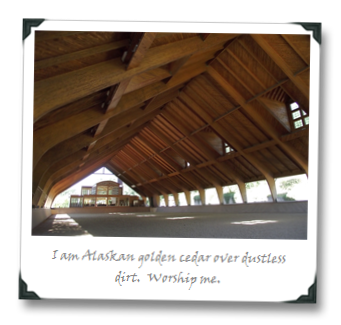 That’s not to say that I advocate the swallowing up of smaller producers – generally, I don’t.  But in this case, the Foley brands seem to operate with relative autonomy (though there have of course been staff changes, awkward periods of employees re-interviewing for their current jobs, etc.) and I think that probably has a direct impact on the quality level of the juice being made by the winemakers I met during the tasting.

In at least one case – Sebastiani – the acquisition (and subsequent shake-up) by Foley might actually have helped winemaking matters. According to winemaker Mark Lyon, after the acquisition, “I didn’t have to worry about many different bosses, I could focus, and focus on one area – Sonoma County; and, voilà, the quality improved dramatically.”

Tropical, buttery, but not without elegance coming by way of one serious mineral/stoniness streak.  Hell, there’s even some stone fruit showing up.  I really dug how this wine was able to show those two sides of Chardonnay – mineral/steely and lush/tropical – while staying charming and without the whole thing turning into a disjointed mess.

Peach, apricot, and true grit.  There’s minerality here, too, but it’s sneaky – it doesn’t show up on the nose but jumps in during the mid-palate, like someone just hit your tongue with gravelly confetti… surprise, beeeatch!  A bit like the Lincourt’s big (and curvier) sister – and a real bargain even at the over-$20 mark.

Annie, get your notebook because you’re gonna need it to record all the stuff going on in the nose of this wine. Oak spice, cream, green apple, lemon custard, toast… Then the lemony palate hits you, with yellow apples, marzipan… hell, this might be one of the few times I’ve actually liked marzipan…

Like a can of compressed, 100% pure Kick-Ass that will explode with savory, dark cherry awesomeness in about six more years.  Black currant, dark chocolate, plums, this is complex, well-structured stuff. And while it’s primed for ass-kicking, it has plenty of class to go along with it (think Michelle Yeoh in Tomorrow Never Dies and you’ll get the general idea). 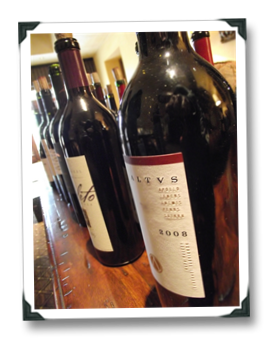 A dark, sweet (as in sweet fruit, not sugar), vanilla-and-spice take on Syrah; it’s supple, full, jammy and lush but well-balanced.  Aside form being a pretty decent bargain, it will disappear quickly if popped open next to a serving of BBQ ribs.

For me, this wine demonstrates just how much winemaker Holly Turner knows what the hell she is doing when it comes to blending. A wine blended from something like six different locations and four different red grape varieties, aged in new and old French and Hungarian oak, probably shouldn’t taste this coherent.  But it does, and it’s a crazy good deal for everyday drinking, offering peppery, bright red fruits and a touch of tart cranberry.

Another blend (naturally). At first, I got worried because it’s a touch raisined/pruney on the nose, but that quickly gives way to dark fruits, oak spices, earth, leather, mocha and a fabulous mouthfeel.  Best part about this vino? The juxtaposition and tension between the tartness and the juiciness of the fruits on the palate.  Give it about five to seven years.

First things first: this wine is just too boozy. But… it’s tough to convey in words how much ass this wine would kick if they can manage to get the abv down a bit without watering the juice down and diluting the flavors.  Because this an inky, seductive wine, throwing out sandalwood, black pepper, coffee, dried herbs and dark, concentrated fruit all over the place. Very boozy, but very smooth, very high quality, and very, very demanding.

Feminine but angular, supple but displaying grip and minerality, peachy yet full of citrus zest and perfume – this one is a bit enigmatic and like an elegant woman that just makes it all the more appealing.

Camille Benitah is a bit of a wonder.  A transplant from Pessac-Léognan who fell in love with California, she clearly felt relief not to be making wine under the strict tenets of Bordeaux’s production laws and her creative freak flag is passionately flying.  There’s a sense of free-spirit to this wine, as if it doesn’t care if you like it or not, it’s just enjoying life.  But I’m betting that you will like it, because there’s a lot to like here for CA wine fans: blackberry, dark plum, anise, spices, chocolate, dried tea leaf… It just about melts in your mouth, but avoids feeling flabby, and it’s just a complete package, with the finish being nearly as complex as the nose.  Not for those who aren’t down with concentration, however (you’ve been warned). 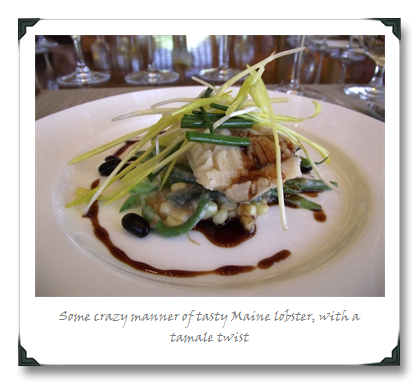 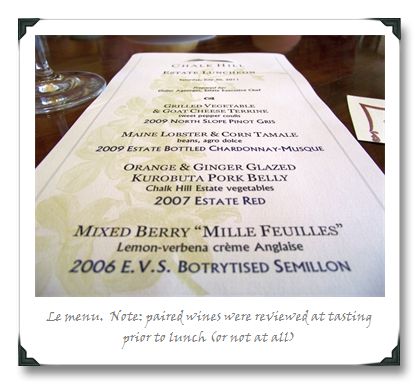 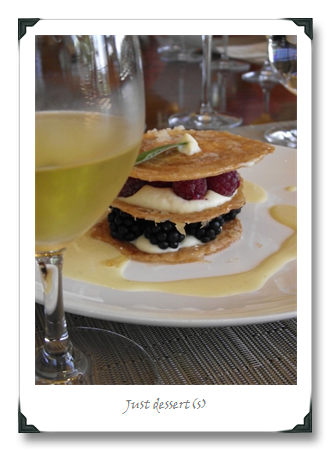