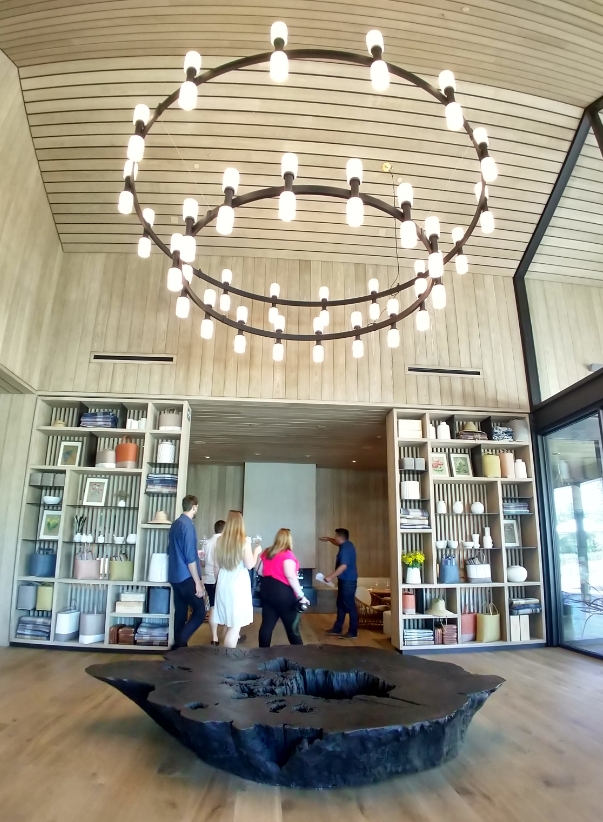 There’s nothing like a good scandal to encourage a hit of the reset button.

Or, in the case of Sonoma’s venerable Flowers Winery, it’s more akin to just hitting the next-phase button.

Flowers has always seem to operate a bit under-the-radar by upper-tier California wine brand standards; which makes sense, considering that founders Joan and Walt Flowers were Bucks County, Pennsylvania folk who just happened to fall in love with the Sonoma Coast area. By the close of the `80s, the Flowers saw an ad in an issue of Wine Spectator for available land in an area that most people cautioned them against using as a vineyard. But they saw potential there above the fog line, made the purchase, and, as history in the bottle has mostly borne out, it turns out that they were right.

The scandal part comes not from the Flowers, but stems tangentially from the fact that in 2009 they sold the brand to 2009 to Huneeus Vintners. Yeah, that Huneeus Vintners. The one until-recently headed by Agustin Huneeus, Jr., who was caught about as guilty as one can be caught guilty in the recent college admissions bribing scandal.

According to Flowers, the Huneeus Vintners board is (understandably) more involved these days, after Agustin Huneeus Jr. was speedily sped out, and his father stepping in to retake the company reins. Flowers, due to its size in the Huneeus portfolio, acted with a good deal of autonomy through it all, being in, as one employee there put it, “the outer reaches of the solar system” within the parent company. And so Flowers went chugging right along, opening up a new Healdsburg tasting room, and basically just making the same thought-provoking, scandal-free stuff they always have. Speaking of which…

This is a nice gateway drug for what Flowers is all about; easy to imbibe (red berry flavors, tart plums, floral aromas), but with a core of seriousness throughout (vibrant acidity, and an elegant, lengthy finish). Having said that, things aren’t too serious, and this is definitely an example of Flowers letting their hair down. 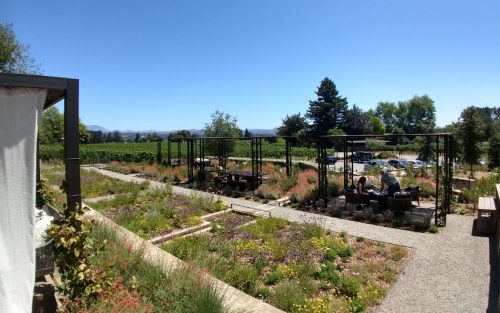 You get a good deal of elegant bang for your hard-earned buck here, even at a price tag that’s just shy of fifty bones. That’s because most of the fruit for this comes from their Sea View Ridge property. With 11 months in barrel and 3 months on the lees, you’d expect some lemon curd and tropical fruit action, which you most certainly get. But that Sea View specialness cannot be undone; minerals, peach, white flowers, and vivacious structure abound, as does an elegant demeanor.

This is about as overtly showy as Flowers gets. Mostly crafted from Camp Meeting Ridge vineyard fruit, with 25%-or-so new French oak imparting cedar notes, there’s grit, ripe cherry, and plenty of zing here. Violets, palate lift, and a kiss of tannins round things out, but the youthful, energetic sense of juicy fruitiness takes command and never really lets go of it. 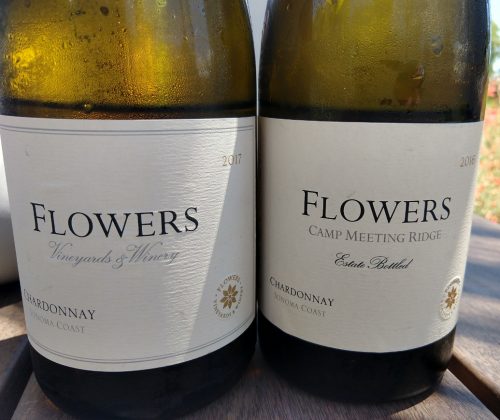 There’s simply nothing about this Pinot not to love, apart from its sticker price. Opening with dried herbs and spices, citrus peel hints, saline notes, mineral action, and moving to dark cherry fruits, it’s a contemplative and expertly-crafted little affair. Having said that, it’s not delicate in structure, nor is it skimpy in its long, spicy finish. Put simply, it’s gorgeous, and likely has a long, graceful aging curve in front of it.

I often find single-vineyard wines to be a bit overrated, but wines like this tend to be exceptional, well, exceptions. Camp Meeting Ridge is windy, rocky, relatively high (at 1300 feet), and within spitting distance of the Pacific’s influences. What you get from this truly coastal specimen is a sea-breeze, saline quality, citrus, toast, wet stones, lemon peel, and a few dozen kinds of white peaches. The palate is lively, long, piquant, and clearly on the young side. Stellar stuff, even understated at times, and about as far from scandalous as you can get.