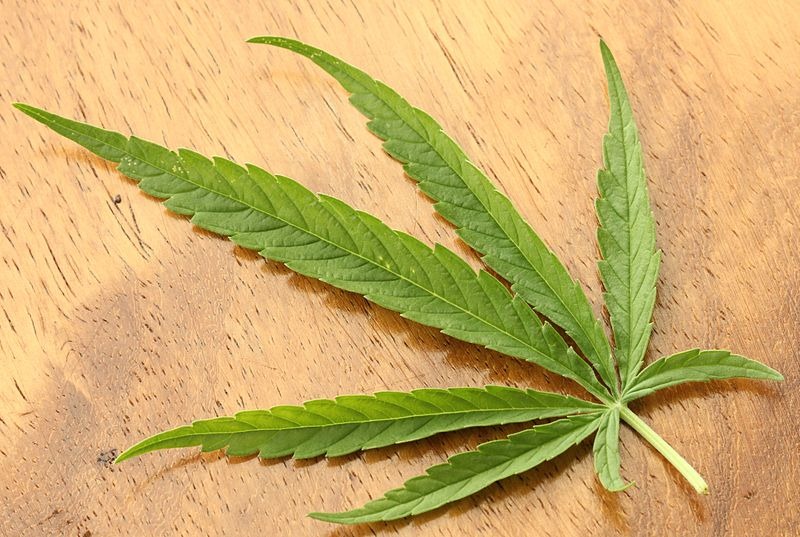 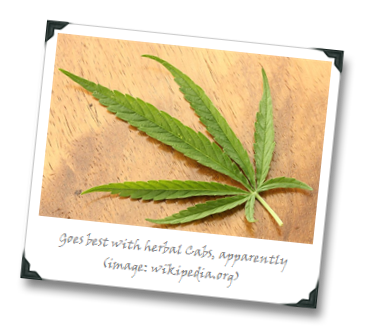 One of the first things I learned about CA wine country when I started down the path of “wine insider type pro guy” was that a lot of CA winemakers smoke weed.

I kind of wish I had a dime for every CA wine country conversation I’ve had that ended with a winemaker asking, “Oh… uhmmm… are you cool?” and me responding, “hey, I don’t smoke anything but light up, man, it won’t bother me a bit.” The topic even got a brief airing on 1WD TV back in the Summer of 2010, at the very end of a roundtable discussion I had with a group of Napa Valley’s up-and-coming next-generation winemakers.

Hopefully you’re world has not been shocked by this news.

Not to get too preachy, but toking up doesn’t bother me because I’ve long felt that pot ought to be legal, and regulated, like alcohol; and, more importantly, the majority of these marijuana-winers apparently are getting their stuff grown in CA. Considering the sorry state of drug-related violence just south of the U.S. border, if I was smokin’ I’d probably sleep a lot better at night knowing that my hard-earned dollars were spent on “locally grown produce” rather than on potentially indirectly funding that horrific violence.

So as long as you’re sourcing it humanely, and are not driving, operating heavy machinery, or watching toddlers after smoking it, then personally I don’t much care what you’re doing with it. And I think I ay be talking to a lot of you: considering the stats on this story (it’s only been shared online several thousand times) since it first ran several days ago, it seems a lot of people are intrigued by the idea of wine and weed going together like chocolate and peanut butter.

But I’m going to have to risk all those folks thinking that I’ve moved further along the continuum away from “impetuous youth” and more towards “crotchety old geezer screaming for those rotten kids to get the hell off of my lawn,” because I have to tell you that I’m not at all sold on the wine + weed concept. 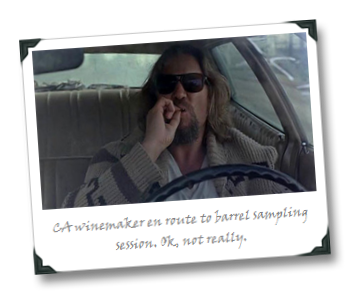 I’m just not sure that I’d go and mess with a really good CA Cabernet by sticking pot into it. I mean, wouldn’t taking alternating sips and tokes taste better? And produce something close to the same “interesting little buzz” that Steinberger’s sources describe?

As one former brewmaster at the excellent Stoudt’s Brewery in Adamstown, PA told me many, many years ago (ack! old fart alert!): “I don’t make lite beer; you want lite beer, just take a sip of my beer and then alternate it with a sip of water!” Which was his own crotchety way of telling me that it’s usually not smart to potentially ruin two perfectly good things. As a wine geek, that would bother me a lot more than someone smoking some locally-grown weed.

We probably also shouldn’t look past possible political agendas of those quoted in the story, particularly the Napa Valley Marijuana Growers, who might stand to gain… well, some standing by having their product compared to luxury wine.

Yes, I’m serious. We are talking about California here, people.

I suppose that what I’m also trying to say here is Mike’s article has me torn between dueling emotional reactions: on the one hand, it’s fun and interesting and about time that somebody covered this; on the other hand, it has a definite “well…. DUUUUHHHHHHHHHHHHHHH” feel to it.

As one of Steinberger’s sources points out, “People love wine… and they love weed.”

Queue The Big Lebowski soundtrack, baby! I just dropped in to seeeee what condition my condition was iiiiiin….. yeaaah! yeaaah! ohhhhh-yeaaah!

Ever had cannabis-infused wine? Er… I mean, ever known “a friend” who has tried it? Toke it up in the comments!