Simple – there aren’t any.

If 1WineDude.com had a Mission Statement or Credo (it doesn’t, by the way), it might look something like this:
a) Drink Wine. b) Have Fun. c) Learn Something.

Generally speaking, I don’t review wines in my blog posts, unless reviewing a wine gives me an opportunity to also have fun and pass on some interesting wine learning along the way…

When I do review a wine, I try to be as objective as possible, but generally I don’t taste wines blind (unless that somehow can also provide an opportunity for b) and c) above). Why not? Well, when’s the last time that you tasted a wine blind? People just don’t do that at the dinner table, unless they haven’t been paying their electricity bills.

When I read about a wine, I usually want to know the answers to a few key questions: a) How does it taste? b) Are the aromas / flavors things that I like? c) Is it worth the price? 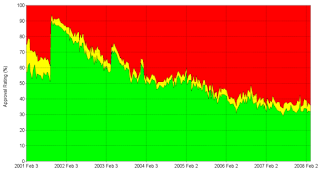 That’s it. You don’t need a rating for that. If I wanted to be inundated with numbers, and read boring lifestyle pieces from snarky old billionaires that have too much money and free time, who want to regale themselves with their stories of how they travel every year to Old World wine countries with the Duchy of Snob-a-tonia, and won’t touch a wine that isn’t rated 95 “points” or higher, blah-blah-blah… well, there’s already a magazine for that kind of stuff.

What I don’t want to see are a bunch of numbers. A number tells me nothing about whether or not I’ll like a wine and if it offers good value for money – which for me is the majority of the equation, so to speak.

Also, I don’t know anyone who “speaks” in points. I’ve never, ever said to someone at dinner “ooohhh, this wine is soooo a 94!” And I doubt that I ever will. Unless I think it’s funny at the time and I’m at dinner with one of the guys from Wine Enthusiast…

I’m wagering that since you’re here on this blog, you’re thinking somewhat along the same lines when it comes to wine ratings. Since we’ve established then that none of us like wine rating numbers, I’ve instead included in this post some graphics of George W. Bush’s Presidential approval ratings ratings (they’re going down, by the way). Enjoy!

Now for some odd reason, I seem to ruffle feathers with the established wine critic community whenever I talk about this rating stuff on my blog. Oh well! To those whom I hath offended, I say: “Hey, thanks for reading!”

Please note that I am NOT bashing wine rating scores in general here. I just don’t happen to like them so I’m not using them. I am, however, totally poking fun at the Bush Administration.

Hope this clears up my stance on the conspicuous lack of wine ratings here at Dude central. I look forward to not rating many more wines for you in the future!

7 thoughts on “Dude, Where Are The Ratings?”