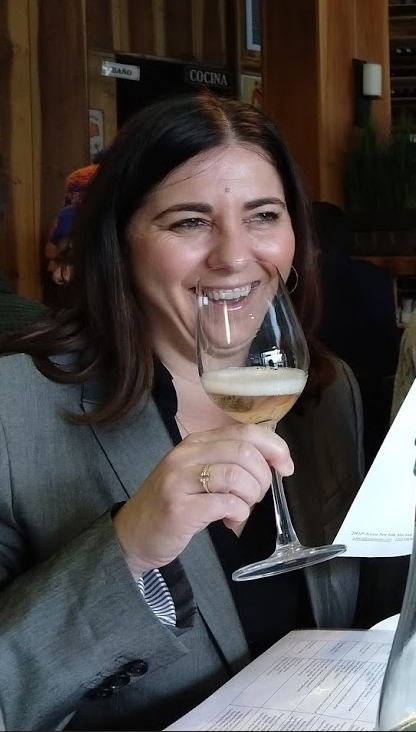 Anne Bousquet has some of her best ideas when drunk.

This isn’t something that I have experienced firsthand, mind you, but comes by way of her own admission (during an NYC media lunch at which I was recently a guest). And it’s the opinion of her wine-growing father, Jean Bousquet.

More on that later. The point is that some of Anne’s vinous ideas (sober or not) are very, very good. Such as her credo that “we just want to make high quality wines that others can afford.” That one is definitely a winner, as her wares from Domaine Bousquet harken back to a time when many of us marveled at the QPR of Argentina’s wines.

The backstory goes something like this: Anne grew up in a wine-centric family in Southwest France, moving to Minnesota and then Boston to pursue education and work, respectively. While she was busy building up her CV, dad Jean (in the 1990s) decided to plant vines in the Gualtallary Valley of Tupungato in Argentina. Jean knew a good thing when he saw it, favoring the high elevation conditions there and planning to go organic. Anne was in the process of moving to Brussels when dad called, suggesting that she come back to the family biz, which a few years later saw Anne moving yet again to another country to join her father in tiny-put-promising Tupungato as the eventual Domaine Bousquet CEO. Subsequent culture-shock ensued.

“The town of Tupungato hadn’t done much to capitalize on tourism,” Anne told me, ” so the wines really had to step up.” The last few years have seen Tupungato’s more forward-thinking wineries take the lead in terms of the type of gastronomy-focused endeavors that are meant to attract wine-lifestyle-loving tourist dollars to the region. But to do that, the wines have to be worth the trip, which in this case, they are.

By the way, Anne now splits time between Miami (where Bousquet’s importing company is based) and Tupungato, because apparently her passport had a little bit of space left on it… 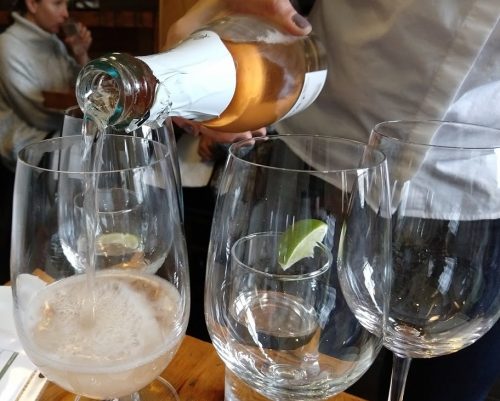 Now this was a bit unexpected; a charmat-method Pinot/Chardonnay blend that takes full advantage of the freshness that Bousquet’s high-elevation vines are capable of preserving. A gorgeous pale salmon color, an emphasis on bright raspberry and strawberry fruitiness, and a hint of earth and rose petal all combine into something that is ridiculously gulpable, and yet carries just enough complexity to make you pause said gulping momentarily in order to ponder its finer points. 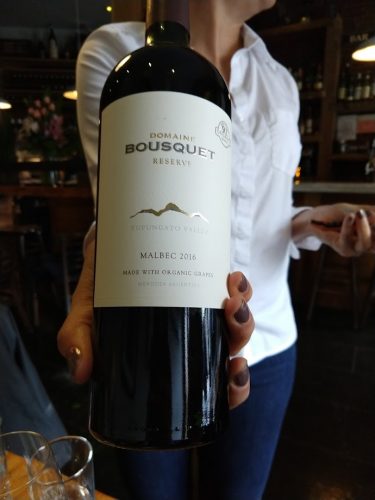 One of those wines that make you wonder why the price tag doesn’t have a higher number on it, this Malbec is 100% estate fruit and sees a smidgen of Cabernet Sauvignon, Merlot, and Syrah mixed in to the final blend. Ten months in French oak (in increasingly reused percentages) rounds this out into a rich, jammy, dark-fruited palate profile, but the main draw is the amalgam of violets, savory meatiness, mineral, and spice on the nose. Focused, fresh, and at turns lovely (yes, I wrote “lovely” with respect to Malbec), it’s a great food-friendly choice that punches a bit above its weight class. 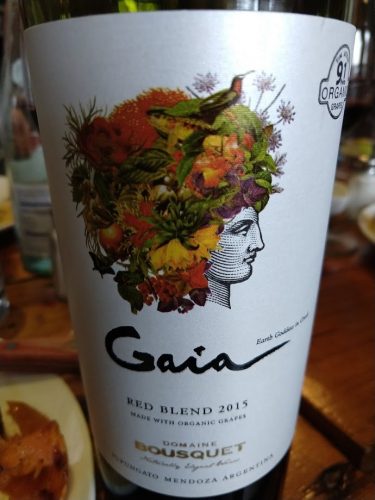 Ok, we can finally get to the drunk story. As Anne relayed the tale to me, half-jokingly: “I was drunk in a restaurant in Adelaide, and I called my father, who was planting the vineyards in Argentina, and I said ‘you have to plant Syrah! I’m in love with it!’ It was maybe the only time with business that my father listened to me. He said, ‘I always told you, you have your best ideas drunk!’ We like Syrah, because we’re from the South of France.” It’s also worth mentioning that the subsequent wine takes its name from the Greek Mother Earth goddess, who was the parent of Uranus (insert your own immaturely crude joke here).

A wine with that kind of history had better be pretty good, and Gaia is absolutely good enough to live up to that story. A blend of 50% Malbec, 45% Syrah, and 5% Cabernet Sauvignon, all grown at about 4000 feet elevation and taking advantage of the natural acidity preserved in the grapes farmed at those heights. This wine is a beast, but a tamed one; Deep, plummy red and black fruits mingle with minerals, spices, graphite, game meat, and pepper. Stick the words “Napa Valley” on this label and the wine would likely be selling for about $50, so I consider the sub-$30 price in this case to be a nice bargain. That Syrah is promising indeed, and probably the main contributor to the sexiness that this red exudes.