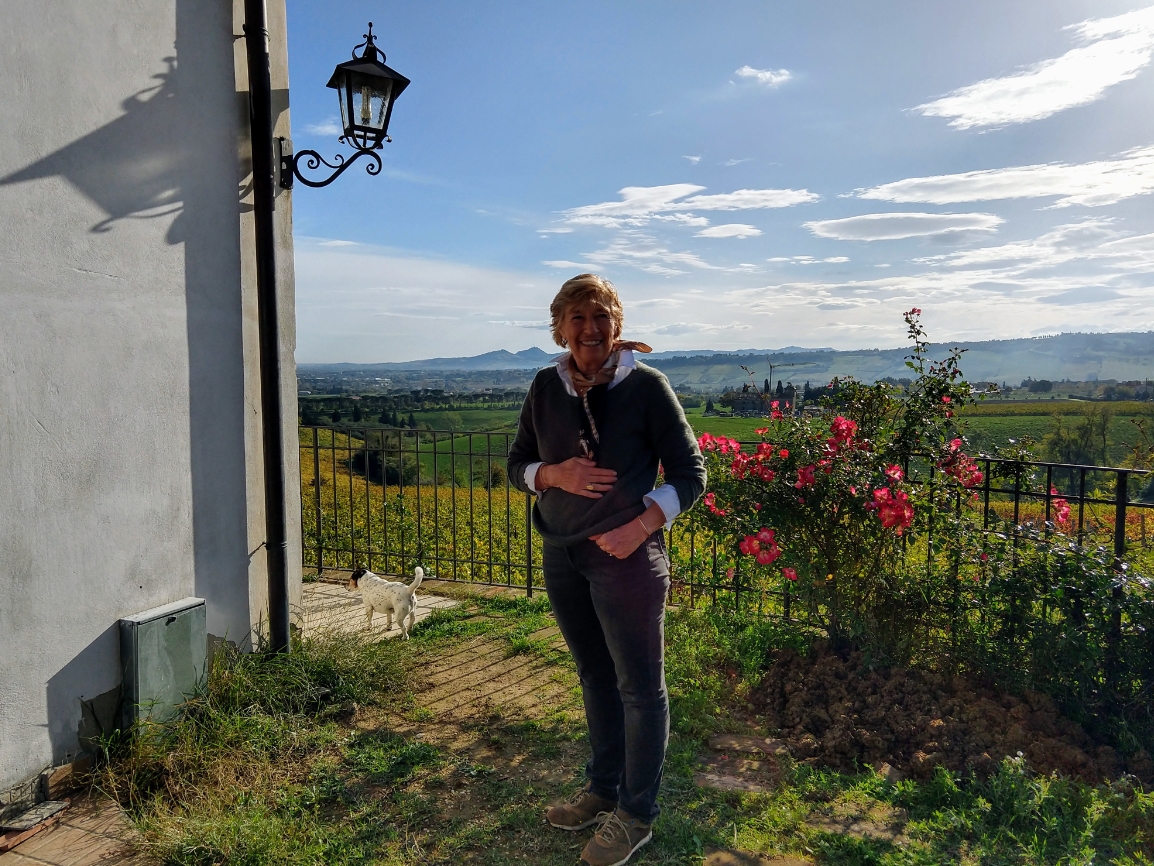 While Giovanna Drei Donà “hates” technical questions about wine, she is fond of horses; maybe more fond of horses than her children Ida Vittoria and Enrico, the fourth generation who have helped to run the winemaking operations at the picturesque Drei Donà estate now owned by her husband Count Claudio Drei Donà (who focused on its thirty hectares of land and its ‘La Palazza’ farmhouse, constructed around a fifteenth century watchtower, as a passion project after retiring from law in the 1990s).

Drei Donà’s wines are named after their several horses (after visiting during a media tour, I think that their ten or so dogs might be jealous, given their propensity for barking in seemingly coordinated protests), and she readily admits that she recalls the births of the horses “more than the birth of my sons!” Drei Donà’s horses earn their keep, apparently; they are one of the best litmus tests for proper grape ripeness: “when they start to eat the grapes, they’re ready.”

While “nestled” is an overused term bordering on cliche (both in the wine writing biz writ-large, and here on 1WD), if ever a vineyard was nestled, Drei Donà is it. The estate sits only about 150 meters high, located in the ancient hills between Forlì, Castrocaro and Predappio – on the other side of the hills from Montalcino. Its landscape is influenced by both the Adriatic coast and the Apennines mountains. As in ancient Romagnan times, Sangiovese is the focus here (“it’s maybe the oldest vine in the world” Giovanna proclaimed, though I suspect that’s true only in the world of Romagnan wine).

“Romagna is more known for food than for wine,” Giovanna admits, though Drei Donà makes a very good case for altering that global market perception. “This was a sort of peninsula in ancient times,” she notes, “with water running along the rocky soil beneath the clay and sand on which their vines are planted. Back to being nestled – bad weather tends to follow the hills and thus travel around their site, lowering disease pressure and enabling them to utilize organic viticultural practices. The results are wines about as bold – and with personalities nearly as strong – as Giovanna herself… 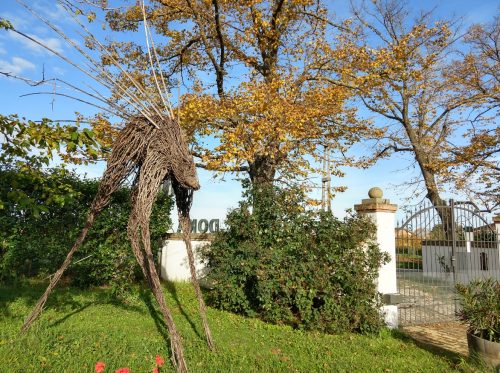 Five percent Cabernet Franc is added to this juicy red, perhaps contributing to its spicy-herbal nose. Dark sour cherry fruit abounds, with cassis, orange peel, minerals, and vivaciousness bringing up the rear. Well-rounded, supple, and poised, this is a wine that’s very, very hard not to like. 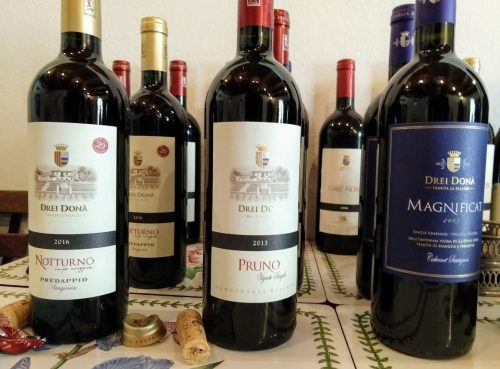 The wine that put Drei Donà on the map is sleek, deep, concentrated, and modern without losing its traditional “soul.” Spicy red plums, dried cherries, big structure, and maybe even bigger acids, this will reward the patient. If you doubt that prognostication, I give you…

Giovanna might be tough, but she’s also generous; she allowed us to raid their cellar and pull out this interesting beauty, which she called their “first proper vintage” from a “difficult year.” The color is stunning – bricked at the edges, but still plenty dark at its core. Earth, leather, cedar, grilled citrus peel, dried cherries, prunes, spicy and stewed plums, cigar… there’s a lot to unpack here. The structure is still potent (with some of the tannins on the greener side), but the finish is long, tasty, and the whole package has just held up more beautifully than most `90s television celebrities.

Giovanna’s husband planted a small amount of international varieties, including Riesling, Chardonnay, and this Cabernet Sauvignon. Dark tobacco and herbs mark the entry, followed by even darker baking spices, blackcurrants, and potting soil. In the mouth, red currant fruit takes over, supported by plums, green herbs, and a balance of power and lift. Throughout, the wine is as determined and transparent in its constituent elements as its matriarch is in her personality.