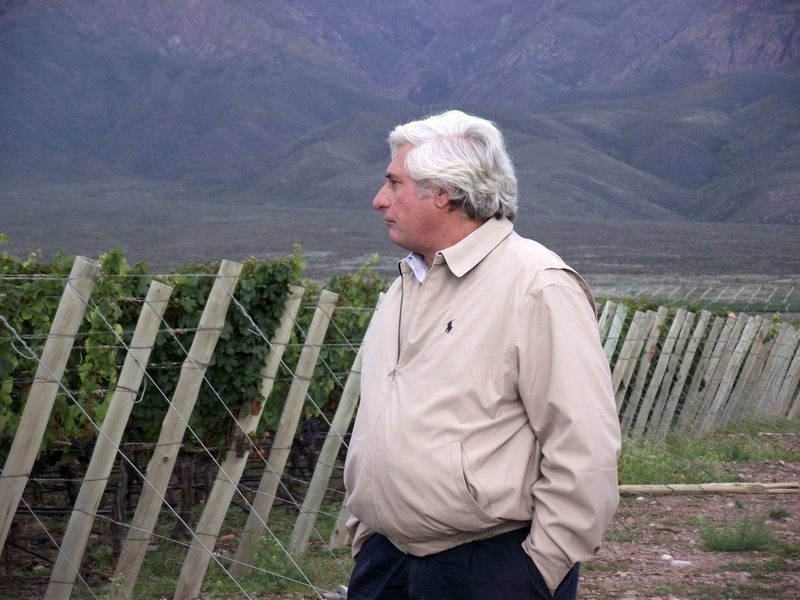 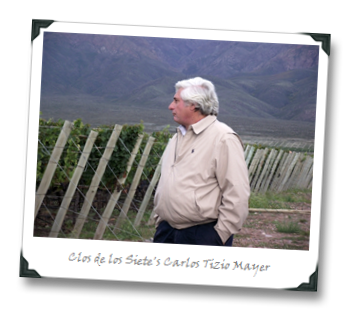 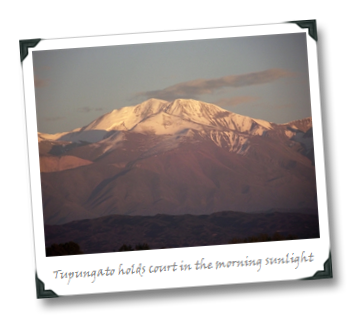 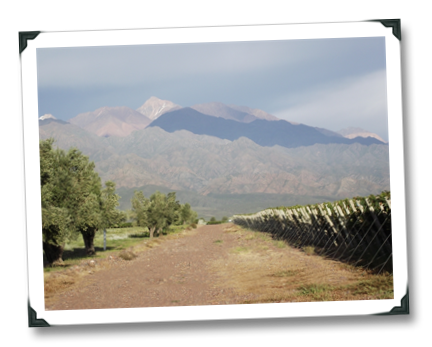 The 1970s were a time of high volume plantings of low quality “common wine” grapes, used to make “Buenos Aires” blends (or grape concentrate), which continues to have a relatively strong market.  “We are still suffering from so much chasing after consumer tastes,” Carlos muses.  Not too long ago, Argentina –  as in, the entire government – defaulted on its debts amid protests similar to what’s being experienced in Athens right now.

Lucky for Argentina, the export market for what they do best – agriculture – picked up, big-time, all while its internal costs for the things required to make that industry move (labor and land) remained dirt-cheap.  Now, Argentina finds itself in the surprising ‘post-bankruptcy’ position of capitalizing on an international market that can’t seem to get enough of its products, particularly its wine.

As we drive on, I come to realize that Carlos doesn’t really answer questions so much as he just… talks.  So, we let him talk.

“Our limitation,” he tells us, “is water. Mendoza is a desert.  The landscape and aspect is similar to Ahhhrizooooonahhhhh. Even the same plant varieties.”  He estimates that 90% of the Malbec planted in this arid climate sits in the Mendoza area, but he’s not sure – the last time a varieties census was performed was in 1990; three guesses as to who helped to execute it.  We are clearly talking within Carlos’ most comfortable wheelhouse, here.

Just about every bit of that AZ-styled land needs irrigation; with annual rainfall amounts at about 300 ml a year – much of it coming in just a few storms – it’s a technology that Argentina understandably treats with an almost religious reverence.  Twenty years of experimentation in how to collect and move water from one place to another have allowed them to push vineyard plantings almost to the edge of reason, on steep foothills butting right up against the base of those ancient Andean mountains.  The higher elevations have their benefits, such as lower temperatures and potentially significant impacts on ripening and fruit quality. 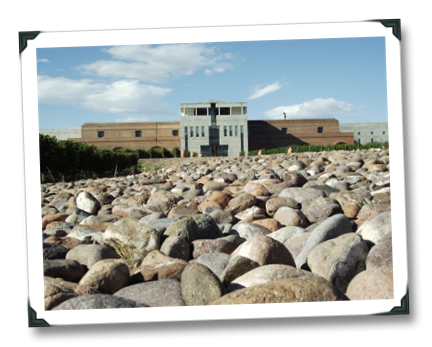 Given his deep roots in grapegrowing, it made sense that the band of (mostly Bordeaux wine chateau owners) who founded Clos de los Siete would tap Carlos on the shoulder to oversee their 400 or so hectares of vineyards. Mariflor, DiamAndes, Cuvelier Los Andes, Monteviejo and Flechas De Los Andes all call the property home. The partners each contribute forty percent of their crop (half of which must be Malbec) to a shared blend, made by love-him-or-hate-him winemaking consultant Michel Rolland, meant to “present a wine that represents them all” – Clos de los Siete.

“Soon we will arrive – then we will taste, and the wines will do the talking, not me!” Carlos adds cheerily as we head off the highway and into the small roads leading into town.

Amid infrequent traffic that more flirts with automobile laws than obeys them, we arrive at Vista Flores (which, judging by the poor state of the cars in that traffic, could be renamed ‘Vista Autos Destartalados’); apple orchards and quince trees skirt the edges of town, and a monument water tower sits awkwardly in the middle of the main road. “Turn at the water tower!” Carlos jokes, smiling as he pilots us onto the two kilometer entrance road to his ‘home office’  property.

And what a property. 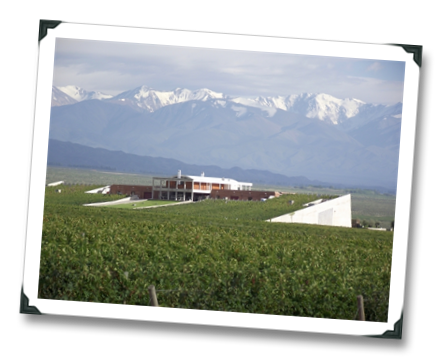 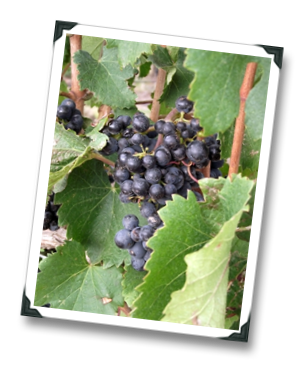 One look at Clos de los Siete and it is obvious that this has to be one of the most ambitious vineyard projects in the history of humankind. There are places on this Earth that are rightly described as being nestled between mountains, but the plots here have been carved out of a spot of Earth that must have looked insane on paper. It’s not nestled, it was hewn, as if Greek gods blasted it into place by forces with the potency of Zeus’ lightening bolts.

The winery buildings are varied in form, and would be impressive engineering design feats on their own, but are utterly dwarfed by the majesty of their surroundings. While the green of the leaves in the vineyard plots, and the linearity of the dirt roads dividing them, provides a sort of uniformity, it’s all rendered insignificant by the shadows moving across the stark enormity of the Andean landscape sitting just above. As substantial as it all looks, everything here touched by man feels like temporary structures only, dancing ephemerally on the edges of ancient volcanoes.

Over some of the most terrible coffee ever brewed, we sit at a picnic-style table outside the entrance building while Carlos walks us through a vineyard map showing the pasticcio of plantings and their ownership.  But we’re mostly just interested in taking pictures before our tasting (one gets the impression ours were not the first gaping journalist jaws Carlos has encountered, and he does an admirable job allowing us to wander during his smoke breaks, then corralling us gently enough to keep us moving on track as we tour the property). 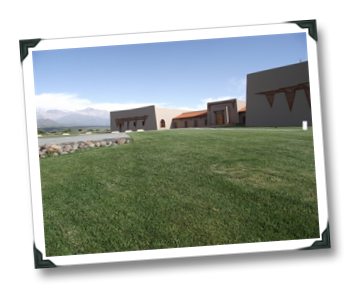 For the most part, the tasting doesn’t quite match the grandness of the  surroundings. I found the Clos de los Siete partner blend a bit wanting, though the 2008 Clos de los Siete was on a much better track than its previous vintages, showing ripe dark-red fruits, savory notes and a big (but very extracted) structure – at $19, it’s a big wine for big food.

Michel Rolland’s 2005 Val de Flores, another celebrated wine made on the property, disappointed as well – a fairly complex, spicy, meaty beast, but the cut of meat was definitely too far on the flabby, boozy, and sweet side for my tastes (and certainly felt overpriced at $50).

Three selections stood out above the others, though – and while they didn’t quite reach the lofty heights of ambition implied by Clos de los Siete’s scenery, they left little doubt that they’re on the upward trajectory toward those goals: 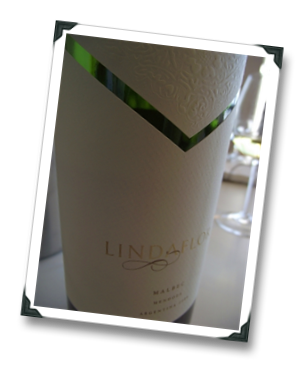 Greets you with a golden-green, and dips you into its enticing crème brûlée and apricot preserves combo. Vanilla and golden apples also make an appearance, and it finishes big, buttery, but complex and all leavened by a citric lift.  I’m not sure all of the oak will fully integrate but I’d be willing to take a bet and lie it down a few years to find out.  A wine for the lobster dish at the local steakhouse, and a lot of oompha for the price.

Still very young, and showing purple. The fruits are blue, with currants and salted meats popping up between them. It has that great, dark, chalky and concentrated Malbec structure. The finish isn’t amazing, but I can only imagine how awesome the mouthfeel on this wine will be in another 4-5 years when all the tannins soften up a bit. A wine for when you want to feel as powerful as its Andean mountain homeland. 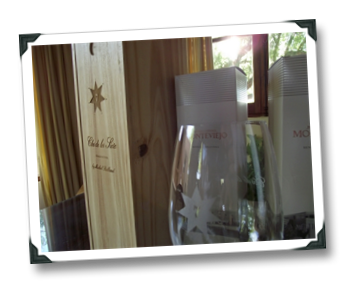 Spiced black and red fruits dance around on the nose (but they are all carrying little glasses of spirit), they are wearing leather and pouring savory soy sauce on their hors d’œuvre meat plates.  What really makes things interesting, though, are the svelte mouthfeel, vibrancy and chalky finish.  The whole package comes together quite nicely, and it’s for sure a party to keep in the bottle for a few (maybe several) more years.

8 thoughts on “Dance On A Volcano: Grapegrowing At The Edge Of Time At Clos de los Siete”