The modern-to-vintage and influenced-by-famous-neighbors vibes are strong throughout Somontano, but that mojo is especially fuerte in the DNA of Viñas del Vero’s ultra-premium Blecua Estate line.  The boutique winery functions in a formerly dilapidated and abandoned house that was owned by Santiago Gomez, a homeopathic doctor who studied in Florence and brought back the region’s Italian architectural flair when the building was established in the late 1800s. Now, Blecua is named after the last inheritor of the building.

Blecua Estate winemaker José Ferrer has been at the helm for some time, and was coming up on his twenty-fifth harvest when I met him. Blecua isn’t an easy wine to make, accodring to Ferrer. There’s effectively three selection process: from eight vineyards (vinified separately), grapes (no surprises there), and barrels. The barrel selections are the most arduous, as several lots, coopers, and toasting levels are used. The blend ends up being different with each vintage, but Ferrer has no issue with that. “Nature is more intelligent than man,” he told me, “and we want confidence in the quality of the wine [rather than a totally consistent taste profile].” 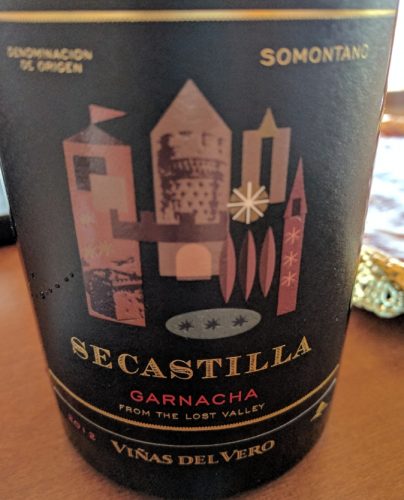 Four vineyard sources are used in this red, which is technically a blend of Garnacha, Syrah and Parraleta. Some of the vines might be very old, but the take is thoroughly sexy and modern, with darkly seductive red & blue fruits, notes of minerals, flowers, and meat, and hefty, spicy, appealing sense of confidence. It’s long, deep, and concentrated. 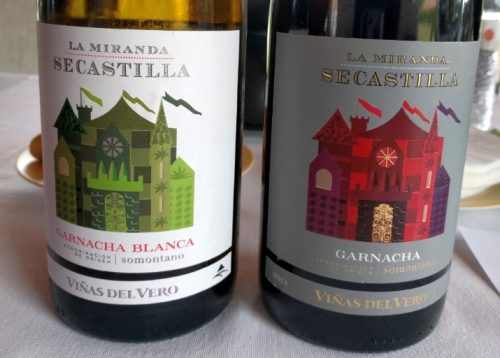 “We found our stride with this wine,” Ferrer noted, and I’m inclined to agree with him. Heady, floral, honeyed, and ripe, here’s a white that’s punching above the weight class of its price. Stone, apple, and tropical fruits all make appearances here, as does a bit of slate and saline. The mouthfeel is round but structured, and it finishes with pith, power, white flowers, lemon curd, and anise. That is a lot of complexity for under $25.

The brother to the Blanca, and also a Garnacha/Syrah/Parraleta blend, the first thing I noticed about this red was that it combined bramble and pepper with more refined notes of violets. There are plenty of fruits to go around, including blackberry, blueberry, and red plums (courtesy of relatively young vines, about seventeen years old). It’s spicy, fleshy, and fresh, finishing with a little bit of grip so that you make sure not to think it’s messing around. 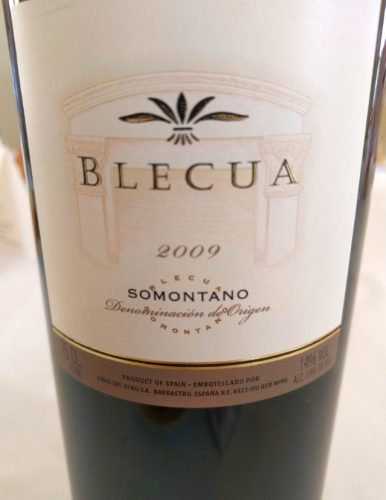 Currently, this premium line isn’t available in the USA (importers, I am looking at you). Which is a shame, because it’s worth the rather large price tag with which it would be saddled after it got stateside. The nose alone is incredible complex; cassis, spices, graphite, balsamic, tobacco. Woody now, it will almost certainly integrate well (if the slightly older but also excellent 2005 vintage that we tasted alongside it is any indication of its aging curve). In this vintage, the blend is almost equal parts Cabernet Sauvignon, Tempranillo, Syrah, and Garnacha. It probably shouldn’t work as well as it does, but when you encounter something this elegant, delicious, vibrant, and inventive (the interplay between the tannic structure and acidic vivacity alone almost steals the show), it doesn’t do you much good to question (what conceivably shouldn’t work on paper certainly works in the glass).