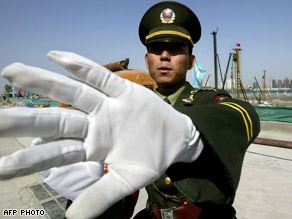 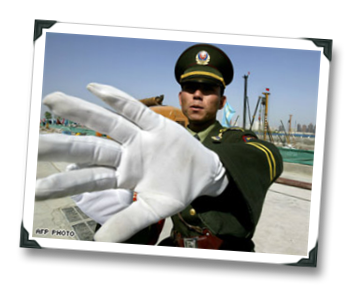 This is not news – it’s all over the place in print and on-line.  Most of the talk of the Chinese market in the wine community is cloudy, amorphous, and short on understanding of the real scope of the potential dollars involved.  And the real scope is real, real BIG.

Here’s a recent quote from Wines-Info.com on Chinese wine consumption trends, to give you some perspective on what a bold, capitalized and italicized BIG represents:

“The current situation in China is that domestic wine production doesn’t meet its market’s need, which has resulted in surge growth of imported wine. Statistics show that imported bottled wine to China has increased 2368% since 2002 to 2009. With bigger number of Chinese enterprises joining to wine importing business, more foreign vintners and wineries from France, Italy, Spain, Australia, U.S., Chile, Argentina, etc. also step into Chinese market, sharing the hope of wine bonanza in China.”

No, that’s not a typo. That’s an increase of over two thousand percent of wine coming in from other countries to fill the demand created by the emergence of a bona-fide middle class in the Chinese economy. In less than ten years. YOWZA.

My bruthah-from-anothah-muthah Jeff Lefevere over at the award-winning GoodGrape.com, recently highlighted some of the Chinese wine market numbers – and they’re similarly downright shocking:

“It’s anybody’s guess how China will impact the domestic wine business, but we know that the existing auction market and Bordeaux futures are largely being driven by the Chinese. According to reports, US wine exports to Hong Kong totaled $49 million in 2009-2010.  And, it’s been said that the U.S. wants to be the number one exporter of wine to Hong Kong and mainland China.”

That’s a fair chunk of change – and an impressive commitment by the U.S.  And one in which I think they should be deeply cautious, because our businesses are so busy looking at the dollar signs that they aren’t seeing the imprisonments, tortures, and executions that made those dollar signs so big…

In my view, China’s is not an open market economy within a Communist government, contrary to what you might be told in the news; it’s a totalitarian regime that is trying to integrate aspects of a free-market economy. 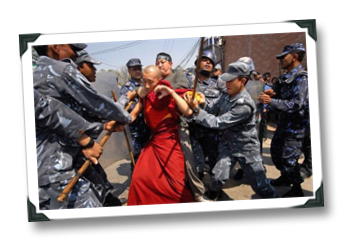 It’s a much larger difference than you might think.  If you believe that using the totalitarian tag is a bit harsh, then you ought to check out the more recent human rights reports on China from Amnesty International.

The picture on the Chinese human rights front remains far less rosy than its wine consumption outlook.  Now, my position is a bit biased and I’ve been known to say things like “a copy of the U.S. Constitution – italicized, bolded and in ALL CAPS – ought to be stuffed into every case of U.S. wine bound for China.”  So here are some more interesting – and telling – tidbits from the AI report to help prove I’m not totally insane for my views: 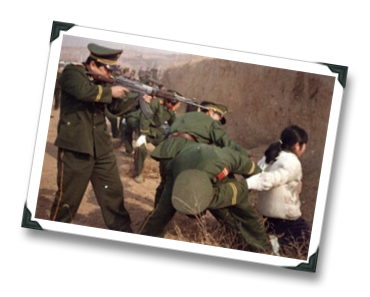 Still want to give China our wine business?  Let’s take a look at another example that hits closer to home for those of us who fancy ourselves writers – the case of Chinese journalist Hairat Niyaz, from a late July 2010 AI report:

“Hairat Niyaz, a journalist from China’s ethnic Uighur community, was sentenced to 15 years in prison on 23 July 2010. He continues to be held incommunicado and has been denied access to legal counsel of his choice.   Hairat Niyaz  was arrested at his home on 1 October 2009. At the time, the police told his family that he was detained because he had “given too many interviews”…Hairat Niyaz was last known to be held in Tianshan detention center in Urumqi, although his current whereabouts are unconfirmed.”

Arrested for giving too many interviews.  By that account, I’d already have been put away for life.

I know that the economic and human rights situation for both the U.S. and China is far more complex than it appears in AI reports, and that our respective economies are ridiculously interconnected (and that you’d have an easier time with alchemy than you would trying to find a piece of U.S. consumer electronics that wasn’t made in China).  And I fully realize that the first major focus of the wine push is likely to be Hong Kong, which is nowhere near as poor on their human rights record as mainland China (yet).  And that the Chinese human rights record is not the fault of the average Chinese consumer.

Ask yourself this: will the situation change if we don’t help to give the growing Chinese middle class enough reason to demand it to change?  Like, say, giving China less business, and less wine to fill those thirsty gullets?  If you think a wine boycott wouldn’t impact things, I’d argue that you might be thinking too narrowly given the potential product volumes we’re talking about.

At the very least, maybe some Bill of Rights back-labels are in order on a few of those bottles being sent to quench the Chinese wine thirst?

24 thoughts on “China: The Next Big Thing In Wine and Continued Totalitarian Oppression”