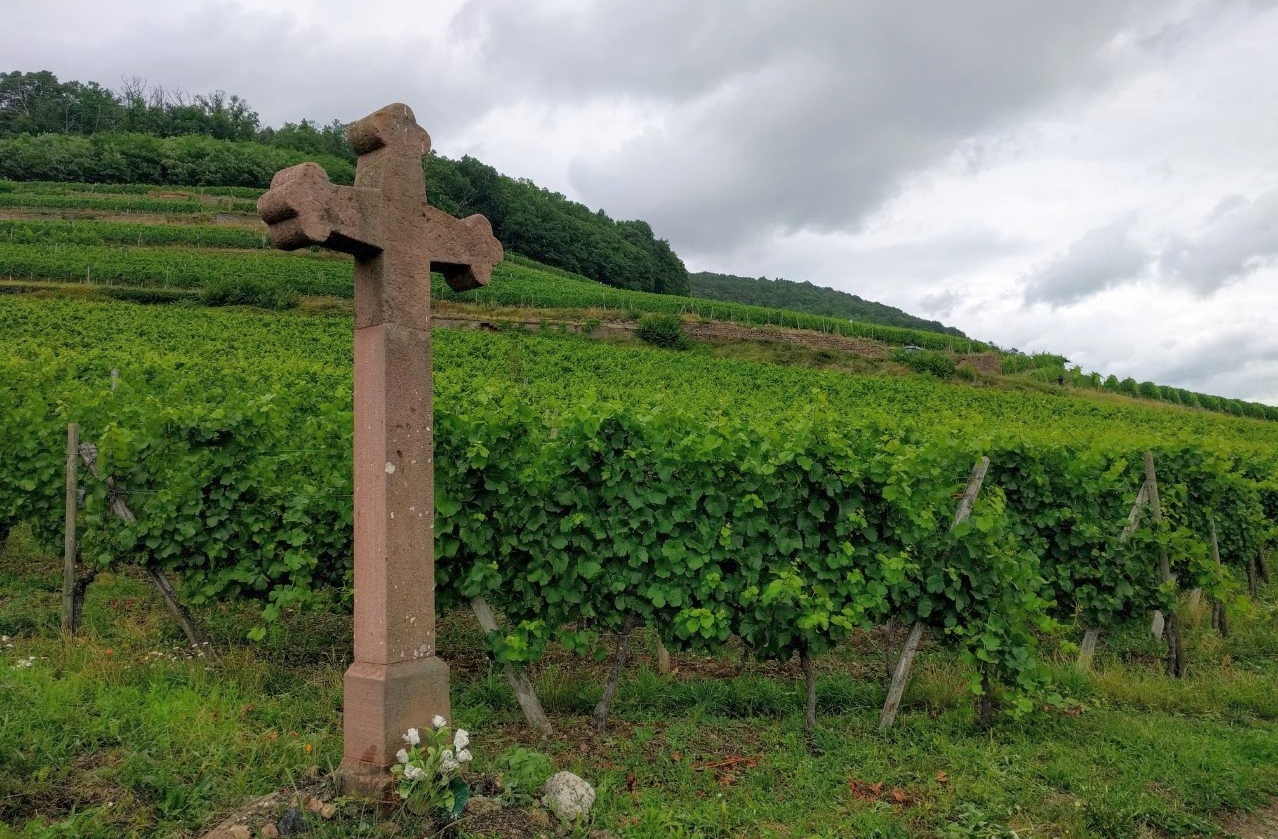 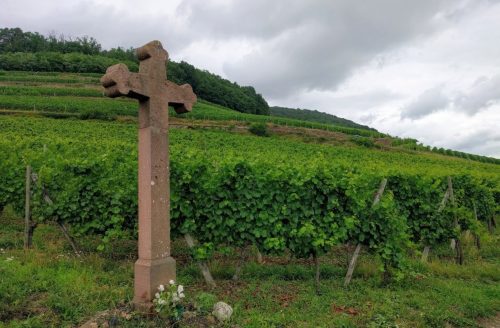 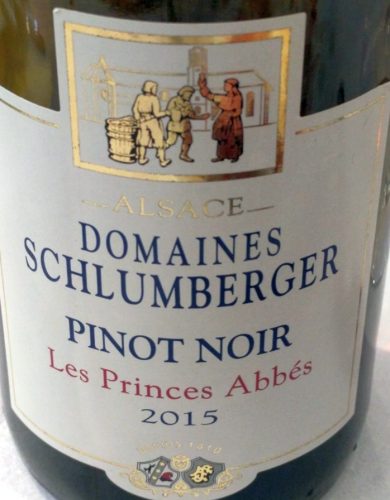 You know me, so it will come as no surprise that we’ll kick off with a wine that contradicts most of what I just mentioned above. You’ll have a harder time finding this little gem of Alsace’s lesser-known red production, which according to Thomas has benefited in quality improvements driven by the Chinese market’s thirst for all things French Pinot-related. Aside from maceration, vinification for this Pinot is performed in exactly the same way as their whites. The result is spicy, lithe, and transparent in the prettiness and expression of its fruit.

This range is named after the Benedictine Murbach Abbey, who were so dominant in the Guebwiller area that at one time they had their own currency. Today, it’s Riesling that dominates, and it’s tough to find a more solid example of quality Alsatian Riesling at this price. Limes, flowers, petrol, citrus, flint… it’s all here, presented in a super-clean, crisp package that benefits from having about 40% of its fruit come from Grand Cru vineyards. 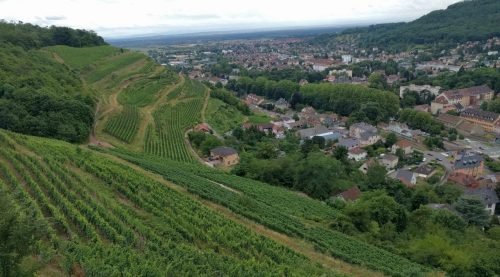 Floral, expressive, broad, and textural, this is a Gewurz that is insanely, dangerously difficult to stop drinking. Lychee, stone and tropical fruits, spice… textbook stuff, along with being delicious. You need know next to nothing about the grape to get behind this. 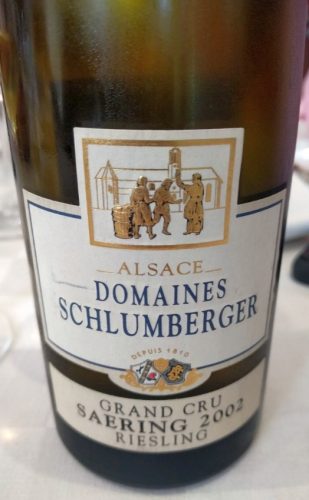 This is more than a fair price for a GC in Alsace, but more importantly it’s a fair price for a Riesling this pithy, mineral, and crystalline in its presentation. That it is also fascinating in its texture and pure in citrus fruitiness are bonuses. The most interesting thing, however, is that DS’s Rieslings from this limestone-rich GC site do so well in bottle repose. We tasted back to the 2002 (a cooler year), and it was focused, lemony, long, fresh, and still above all else maintaining its purity. Movie stars don’t age this well. 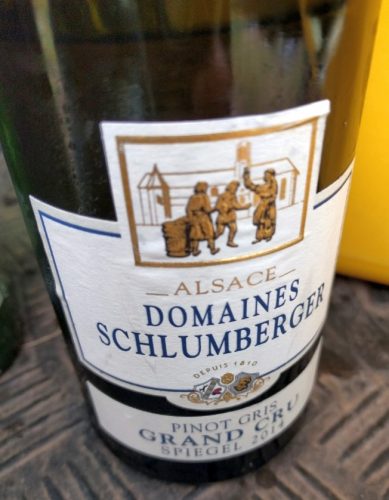 What you (well, what I) typically want most from a PG is for it not to be boring. So when it’s actually sexy, that’s got to make you stop and take notice. This PG is downright spry, full of melon and apple flavors and wet stone aromas. You also get hints of white flowers and spices, topped off with generous richness and almost voluptuous roundness. I might need a cold shower now.

Ok, so this one isn’t “cheap;” but it is spectacular. Kessler has sandstone soils, and DS own 75% of the site, which is formed by a small valley about 300 meters high in between hills that protect it from the cooler drafts of the area’s north winds. This equates to pretty good ripening potential for Gewurz, and if anything the DS Kessler version is expressive. The nose is, in a word, great: lychee, pear, roses, honey, spices, and marmalade. The palate is rich, with about one ton of lemon drop, but is buoyed by a freshness that is rare for more pedestrian renditions of this grape.

This sweet wine takes its name from Schlumberger’s great-grandmother (as Thomas explained, “we never name the wines after the kids; what if one of them ends up in jail?”). The original Christine managed DS for about twenty years with ” talent and firmness.” This Christine, also made from Kessler grapes, has a sweet-tooth; baking spices, marmalade, mandarin orange, lemon drop candy, dried roses, and honey all mix in the nose, along with a pleasant flinty note. The palate delivers in spades; it’s spicy, rich, full of sultana, lemon candy, and tea flavors. While it doesn’t lack viscosity or richness, there is good balance here with vibrancy. Queue up the Roquefort.