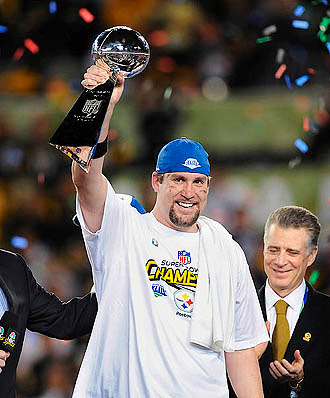 We are now officially in the morning after what might have been not only the most stunning, but also possibye the greatest late-game comeback win in Superbowl history, by none other than Dude’s favorite team in all of professional sports: the 6-time world champion Pittsburgh Steelers.

So naturally after such a dramatic and entertaining Superbowl XLIII, I wanted to showcase some wine from the ‘Burgh. 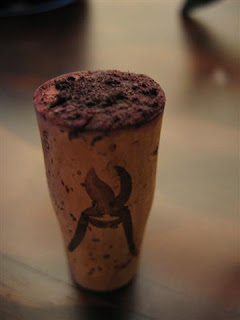 Ok, it’s not really from Pittsburgh. But it’s close enough for government work!

Matthiasson wines are not from the ‘Burgh (they are from Napa), but winemaker Steve Matthiasson’s wife Jill Klein is originally from Pittsburgh, and their wines are made using the same general temperament that has made the city of three rivers famous – grit, determination, care, and hard work.

Lots of care in the vineyard, lots of attention to detail on site selection, probably lots of dirty clothes and shoes harmed in the process of making these unfiltered beauties.

Anyway, somehow I think Jill got wind that I was a STEELERS fan, and sent me a few samples of Matthiasson’s current releases. I was pleasantly surprised by these wines (and duly impressed).

One whiff of Matthiasson’s wines and I could tell that they were probably crafted with extreme care. More on that in a second. First, I wanted to find out more about the Pittsburgh connection and how Matthiasson got started. So I asked Steve. 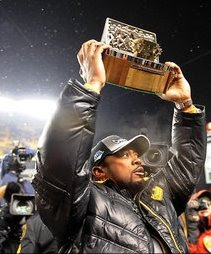 “My wife is from the Burgh. I was born in Winnipeg, and my family moved to Tucson when I was 8,” Steve responded. “I went to UC Davis to study international ag development, and did an internship in Modesto studying ways to reduce pesticides in orchards. I interned with a consulting company, and ended up staying on with them after school (after changing departments to viticulture). 15 years after that internship I’m still consulting – it’s what I learned how to do – but it has evolved into a focus on high-end estate vineyards in Napa. The winemaking started as a way to stay sane, to be able to do my own thing, while spending the rest of my time on other people’s projects, and, though the day job still pays the bills, and I enjoy it, the wine has become the central focus.“

I think that focus is paying off. Matthiasson is making some very aromatic and intensely concentrated wines.

Their `07 Napa Valley White made my palate do a double-take head-fake. It’s a blend of Sauvignon blanc, Ribolla gialla, and Semillon. Yes, Ribolla gialla (even though I’m a Wine Century Club member, I still needed to look that one up). It’s a funky wine, in that it’s tropical, racy, and spicy all at once – I told Steve that it reminded me of the interesting white blends that were coming out of Australia a few years back, before they started sending us in the States boatloads of their plonk. It’s a bit early to call for entrants onto my list of the year’s most interesting wines, but I’m reserving a place for this just in case. 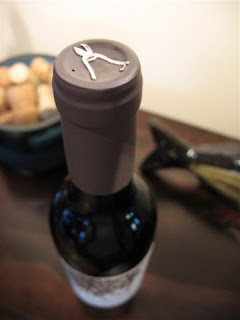 Matthiasson’s `05 Napa Valley Red Hen Vineyard Merlot is also well worth a look. It’s a huge wine. It tasted “old” to me – not old as in musty, but old the way that Zinfandel tastes when made from old, old vines in CA: boozy and massively concentrated. Not sure how much time or decanting (or even if time or decanting) will tame the alcohol, but the wine offers plenty of interesting complexity with intense blueberry and dark cherry fruit, along with cocoa and tea leaf aromas.

It’s the kind of Merlot that would give people absolute fits in a blind tasting, because you could easily pass it off as a Cab or a Bordeaux style red blend.

Not that you’d do that to your friends, right?

Anyway, a word of caution: Matthiasson is making wine in very limited quantities, so you’ll need to go the mailing list route on these.

2 thoughts on “‘Burgh Wine, By Way of Napa (An Encounter with Matthiasson’s Current Releases)”