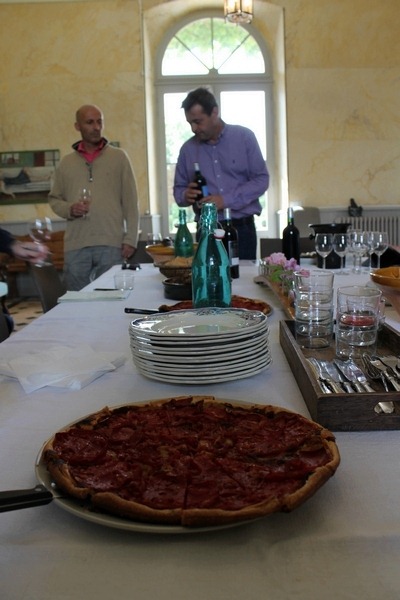 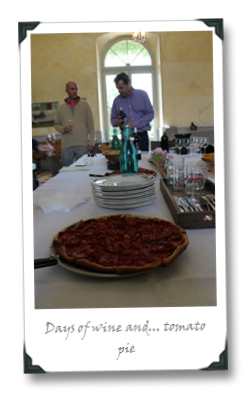 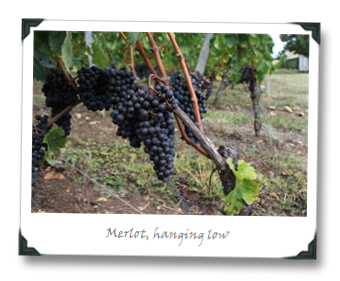 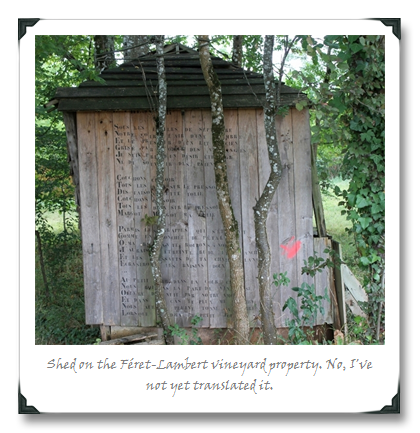 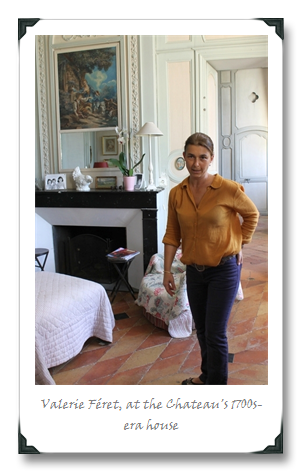 Féret-Lambert is a family-run operation, now in its 4th generation, now producing about 150 thousand bottles of mostly Bordeaux Superieur, built on a steady formula of blending 90% Merlot and 10% Cabernet Sauvignon.

It would be nice to be able to tell you more than that, but in all honesty there isn’t much more to tell. Family member Olivier Sulzer, with whom I toured the Féret-Lambert property, is an unassuming guy with unassuming dress and an equally unassuming viewpoint about fine wine. “For red wines,” he told me when we walked through the winery and barrel-aging caves built out of limestone quarry on the property, “you don’t need a lot of technology; but you need good grapes. So our philosophy is to change nothing.” 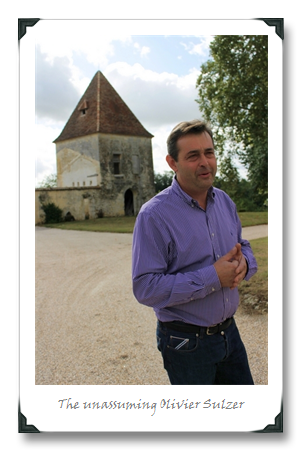 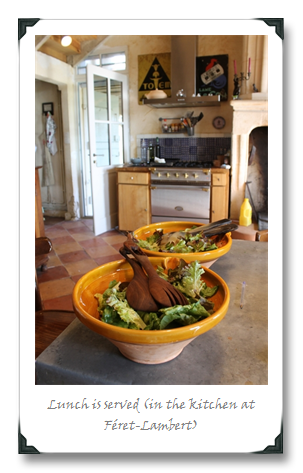 That Olivier, and winemaker Valerie Féret as well, should be so unassuming given the quality of the wine and idyllic vibe of the property is a bit of minor miracle in France (sorry, somebody had to go there, right?). They’ve managed to keep prices for their Grand Vin reasonable at twenty-some-odd dollars a bottle, and are seeing pretty good availability in the U.S., with Total Wine recently grabbing 30,000 bottles.

After tasting the juice, I’d consider Total Wine to have scored a pretty smart pickup. The Chateau’s entry-level wine, 2010 Costes du Chateau Féret-Lambert (which you can find for about $12) is a solid effort: spicy, plummy, and earthy with fresh red currant flavors and more skeletal structure than you might expect for the relatively smallish cash outlay. A great match even for the acid-bomb that is tomato pie (hint: if you are curious as to a red wine’s acid balance, try it with a slice of that food, the kind that’s affordable for most of the 99%-ers; if it can stand up to that, you’ve got a food-friendly vino on your hands, my friends). And, it turns out, a good primer of things to come in t heir Grand Vin… 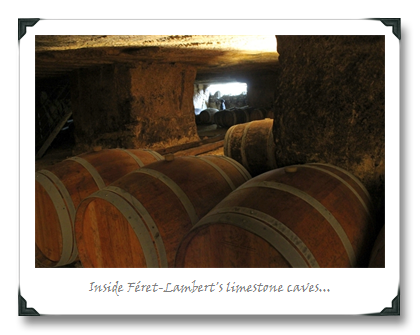 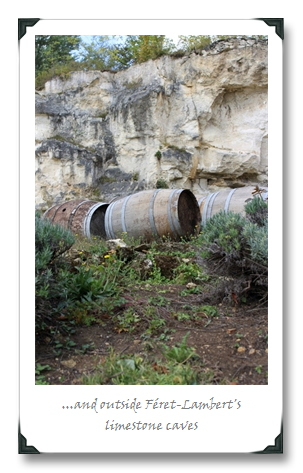 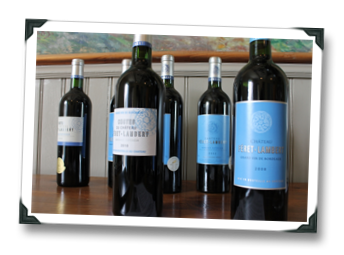 It seems a good many critics might disagree with me on this wine (if the ratings comparisons I came across are any indication, anyway), but I don’t care. This wine rocks, almost literally: there are mineral notes all over the place on this red, along with wet clay and gravel. It’s spicy, but oak only plays a minor role in that nuance, with herbal spices taking up much more of the spotlight. Great red and blue plum action, dark cherries, and some olives on the side. But what really gives this thing character is the juxtaposition of dark chocolate notes, structure and freshness; it’s tension. Tension in wine is like great dialog in film, and there’s a good deal of engaging talk going on here for what amounts to a matinee price.

P.S. – As for that dog who tried to run off with my water bottle… turns out he was simply the playful puppy type, and soon gave up the chase on my poor unsuspecting plastic travel companion once he saw that no one else was quite as interested in it as a play toy as he was at first. And yeah, I will admit he is pretty cute, okay? But just in case I ever meet him again, does anyone know the French phrase for “heel, dammit?” 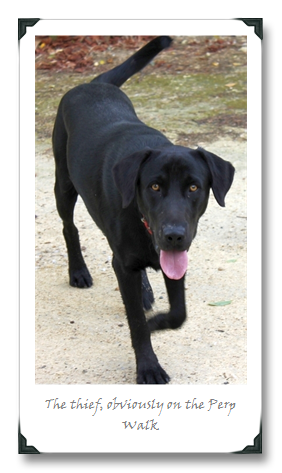