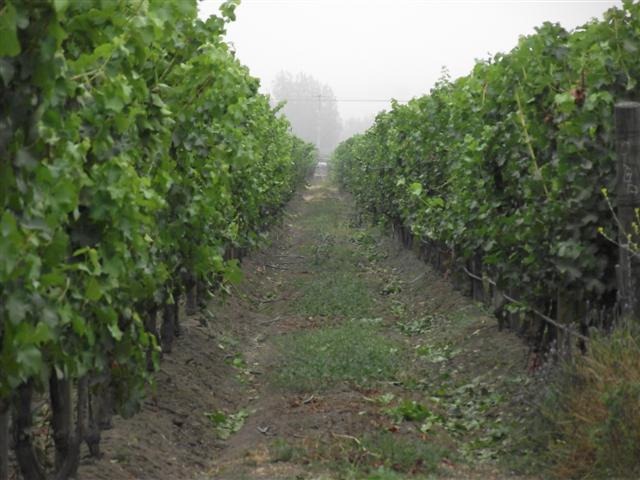 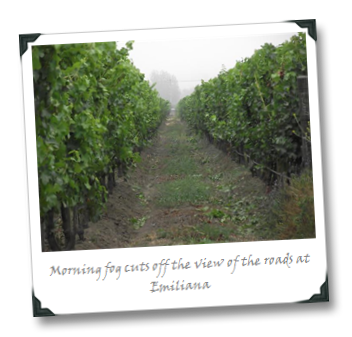 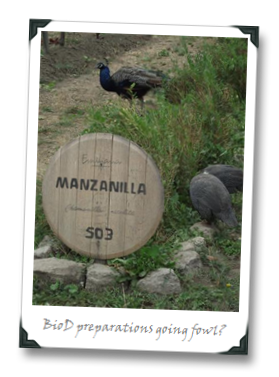 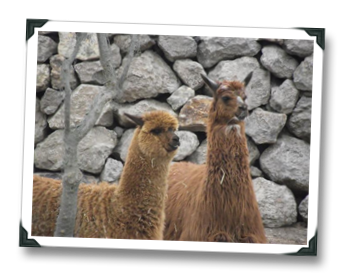 Look… you’ve got to admire Emiliana’s gumption. They don’t seem to do anything half-assed. Emiliana have spearheaded organic, biodynamic and carbon-neutral winemaking and viticulture activities in Chile, and have been at at it all since 2005.  This is despite having to deal with challenges like frost and vineyard pests in Casablanca, the remedies for which are made a bit more complicated by organic and BioD conversion.

The focus on organic viticultural means that their farming costs, while still a bargain by U.S. standards, are higher than normal for Chilean wine production and so their profit margins are lower (they make up for it in volume: about one million cases are produced annually, with 950,000 or so of those being exported mostly to the U.S., U.K. and the Netherlands).

And yet, they manage to pull off a ‘down home’ feel: the vineyards, at least in Casablanca, are charmingly messy, with cover crop, wandering fowl, and many of the BioD preparations growing between the vines.  It doesn’t feel like a massive, soulless outfit.  No matter how you personally feel about Biodynamics, there’s also a certain charm in how dedicated they are to the practice (even if the chicken coops are a bit odiferous). 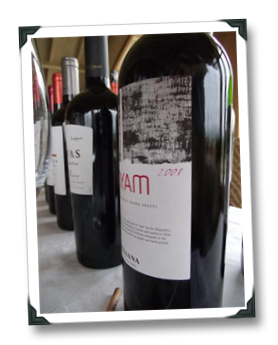 That didn’t stop me from challenging their tagline of “science” with respect to BioD, and they seemed a bit surprised that anyone would question the moniker. Which got me thinking that BioD probably isn’t anywhere near as pushbutton a topic as it is in the States.  So I asked them if any controversies have hit Chile around the topic, they way that they have in North America.  The short answer is “No.”  Only a handful of producers are certified Biodynamic in Chile, and there simply isn’t enough BioD cultivation happening there yet to get the controversy gears turning.

My advice to BioD Chilean wine producers: hold on to your Chupallas, because it’s only a matter of time before someone looks deeper into BioD and starts asking the “WTF is up with this stuff?!??” questions (either that, or it’s only a matter of time before someone starts taking pot shots at producers like Emiliana, simply because of their size and success, and uses BioD as the veil for that criticism – sorry about the Debbie-Downer action, but hey, I’m from the East Coast and we get paid to anticipate shiz going all wrong, okay?).

As for the inconsistent part: I found quite a few of the wines that we tasted during my visit to Emiliana to be decent-to-pretty-good.  While that might not sound like high praise (and it’s not, I suppose), it’s hard to fault them for delivering exactly the right quality at their price points, many of which are $10 and under.

I did, however, taste three of their wines that, to me, broke ahead of the pack – all of them very good, and one of them being a totally ridiculous bargain:

Yeah, I know, a B minus (that seems to be the red-headed stepchild of the 1WD rating system for some reason)…  BUT… Look at the price, hoss – that’s a crazy bargain for the money, especially if you’re a starfruit lover ‘cause this has starfruits coming out of the ya-ya. Cut grass & lime make an appearance, too, and gives this SB more complexity that you ought to expect for the price of one of those fancy-ass froo-froo lattes at Starbucks.

You’d expect the Carmenere to be herbal, and you’d be right, but given the cooler climate influence you might not expect all of the red fruit, spices, pepper, and a generous sexiness in the mouthfeel. Needs three more years and then her motor will really get humming, so-to-speak.

Eight red varieties go into this blend, but they’re all from one vineyard; continuing he numbers game, there are two different oak profiles used.  The result? A heaping helping of dark red fruits, & just the right touches of earthy grit & peppery green notes.  Kind of like Chile’s version of a Meritage, only more exotic and for less strain on your wallet.

6 thoughts on “Biodynamics Hits Chile, Without the Controversy (At Least For Now): In the Vineyards at Emiliana5 min read”