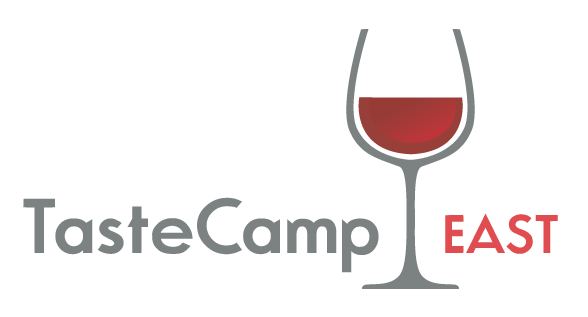 With the enormous and successful Twitter Taste Live! / Hospice du Rhone / Wine Riot! combined event behind us, attention can now start to be focused on yet another series of big wine-related events that are entering the Collective Dude-O-Sphere (as I’ve dubbed that pocket of the Universe that contains my ever-decreasing amounts of free time).  These events are “big” either in scope, in the momentum behind them (i.e., brand-new, first-of-their-kind) or in potential to get me in trouble with the would-be wine writing pundits (is there a synonym for pundit that starts with ‘W’?). 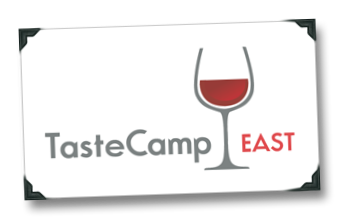 The first of these will have me heading out to Long Island to take part in the first-ever TasteCamp East.  TasteCamp is the brainchild of fellow wine blogger Lenn Thompson, who focuses primarily on NY area wine.  Lenn, along with area groups like the Long Island Merlot Alliance, has organized a mini wine blogger assault on the fine wineries of the LI region, consisting mostly of East Coast wine bloggers, that will have us visiting a surprisingly large amount of wineries and winemakers in surprisingly small amount of time (May 1-3).

The next trip, chronologically, is the juicy, controversial one – so let’s hold off on that one for a few (I know… I’m a jerk)…

July 24-26 will have me back in Napa/Sonoma for the 2nd North American Wine Bloggers Conference, which will be just as big and bold (in terms of participants and sponsors) as last year’s event.  I am stoked to get back out to CA wine country, and to meet up again with the great and colorful cast of the NA wine blogging community.  I’ve got the trip bookended by visits with wine producers whose exciting wines have been featured here in the virtual pages of 1WineDude, and a sojourn north to Washington state – so there will be a sh*tload of wine blog article material coming out of that trip.

Having said that… I’m torn about the topics that will be discussed at the WBC, mostly because I find quite a few of them either not interesting for you (“Wine Blogging Monetization: How-To”), not interesting for me (“Search Engine Optimization, Traffic Building, and blogs”), or so old, tired and over-discussed that they’re now the dusty, mummified remains of what might have once been  viable discussion points (“Panel for Unified Standards for Ethics”… Zzzzzz…).  I probably won’t be reporting on any of that, but will be reporting on the people, wines, and wine producers that we meet there.  The WBC recently came under a bit of misdirected fire from none other than wine uber-critic Robert Parker.  Parker got much of it very, very wrong, but I suspect this was due as much to misunderstanding as anything else.  I’ll let you read the details, but will tell you that I happen to be paying my own way to WBC (and to TasteCamp).

Which brings us to our more, er…, delicate topic of the day.

In mid-May, I’ll be going on a wine junket.  As in, I’m not paying my own way on that one.

There, I said it.  Everyone, take cover!!!  And for god’s sake, PROTECT THE CHILDREN!!!

Wait, the server didn’t crash?  The world is still turning?  Gravity is still functioning, and the atom hasn’t destabilized?

The topic of wine junkets (which, roughly defined, is an all-expenses-paid trip for press types to a wine region/event/etc. for the purpose of exposing them – and therefore, hopefully, their readers/markets/etc. – to wines that are made by clients of those footing the bill) has taken on a sizzling red-hot temperature recently.  This was due in no small part to the writing of Tyler Colman (a.k.a. Dr. Vino), who recently drew attention to an event that was attended by one of the contributors to Robert Parker’s Wine Advocate, Jay Miller.  At one point, it was unclear if Mr. Miller paid for his own expenses at the event (which is WA policy, confirmed by Tyler in correspondence with Parker) or if he didn’t (which, theoretically, would violate that policy and possibly tarnish the perception of impartiality that is key to the WA’s success with its readership).  The brouhaha sparked ethics discussions / debates around the web, and precipitated a personal treatise on wine writing ethics by Jancis Robinson.

One’s individual reaction to this probably ranges anywhere from deep-seated, intense passion, to a long, subdued yawn – depending on how involved you are with matters concerning the wine press (not a wine press… ah, you get the idea).  As one particularly witty member of the wine blogging community, Terence Hughes, put it via twitter: 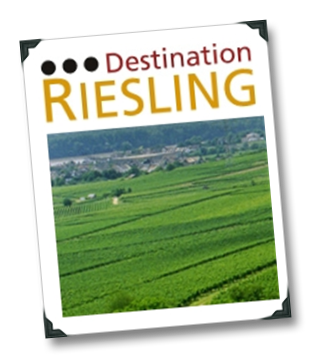 In general, I’m inclined to agree with Terence, but I suppose it can’t hurt too badly to have the topic of sticking to your own code of ethics discussed in yet another wine blog post, right?

[ On second thought, don’t answer that.  I’m just glad there’s a wine blogging world controversy that doesn’t somehow involve impugning my personal character – this time, I’m the one munching on the popcorn (for once)! ]

Anyway, Tyler’s post is timely for me, because I’ve decided to finally accept a wine junket invitation, in part because I want to know what all the hubbub is about, and in part because it will get me back over to Germany wine country without having to foot the bill myself or depleting my cache of BA miles.

I haven’t decided if I’ll write about it, or if I do what angle I’ll take, but I can tell you that whatever I write is going to be objective. I’ll let you decide whether or not this violates anything in my code of ethics, which I’ve updated to include junkets even though it probably didn’t need it.

And before the would-be wine writing W-pundits start talking about how the traveling, wining and dining will manipulate my poor, naive blogger countenance and influence me to wax poetic about the wines I’ll be served: you need to know that this will be my 5th trip to German wine country, and that I could afford stays at any of the hotels we’d visit, or meals at any of the restaurants, etc.  Will the freebies influence my opinion of the wines poured on the junket?  Probably, but I’m fairly confident that it won’t matter that much, since the primary focus of 1WineDude.com is not to be an advocacy group for wine collectors – the blog is NOT primarily about rating wines – it’s an education vehicle about wine for the intermediate wine lover. I’m also fairly confident that the winemakers I talk to on this trip won’t be a bunch of liars (one would hope, right?).

Anyway – Just be aware that it will be the German Wine Institute and the European Union that will be footing the bill on this one, not me, and make your own judgments.

It will also be my 10th trip in 11 consecutive weeks – so there’s no way I’d be going unless I thought I and 1WineDude.com readers might get serious value out of it.  Because as much as I dislike changing diapers, I dislike not seeing my baby daughter even more!

11 thoughts on “Attack of the Wine Events (or “Back To Controversy!”)”