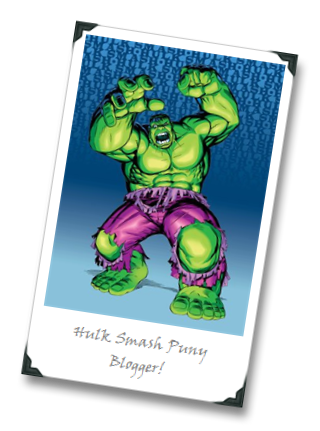 I don’t know why wine writing icons feel compelled lately to disparage wine bloggers as a whole, but it seems that the venerable Anthony dias Blue is joining Robert Parker in painting all wine bloggers with an overly broad and negative brush. As in the case of Parker’s blogger diatribe, by casting aspersions on wine bloggers with such a broad brush, Blue undermines his own (otherwise very compelling) argument and credibility.

Blue’s attack comes in the July 2009 issue of Tasting Panel in a piece titled “…And Who Regulates the Bloggers?” Blue starts by coming to defense of Robert Parker with respect to the recent brouhaha that Tyler’s article drummed up on his Dr. Vino wine blog. You might recall that Tyler uncovered what appeared to be very inconsistent behavior by some of Parker’s staff, behavior that didn’t seem to line up at all with Parker’s published code of ethics. This event generated quite a bit of discussion on the Internet, and even prompted Janis Robinson to (finally) detail her own ethics code with regards to samples and reviews.

Strangely, he cites “barbarian bloggers” instead of simply referencing Tyler’s Dr. Vino blog. I don’t recall anyone but Tyler breaking the Parker story, so I’m confused as to why Blue would use a broad and disparaging term to describe bloggers a group.

Things get much worse…

Blue makes a very valid point about the real influence of paid trips or free samples on the outcome of wine reviews:
“The implication of some of these militant bloggers is that any contact between producer and critic is a sign of corruption. Should wine critics be required to spend $100,000 a year to buy wines for review just to avoid even the appearance of taint?”

On this point, I’m in total agreement with Blue. Let’s not forget that I myself was the target of a similar witch hunt last year. In my view, this is a non-issue; you’d be hard-pressed to find a topic on which so much has been written lately with so little benefit to the wine consumer.

What comes next is Blue going off the deep end and pissing all over his credibility.

“And who are these bloggers anyway and, more important, what is their motivation? It would be comforting to find that they are altruistic wine lovers who see their purpose as bringing insight and valuable information to like-minded consumers. But the image that presents itself is of bitter, carping gadflies who, as they stare into their computer screens and contemplate their dreary day jobs, let their resentment and sense of personal failure take shape as vicious attacks on the established critical media.”

Let’s see… “barbarian,” “militant,” “who are these bloggers, anyway,” “gadflies,” “resentment and sense of personal failure,” and “vicious.”

Blue’s reputation in the world of wine is secure – he’s got nothing to gain with this attack. And yet, he made it anyway. Which is sad, because Blue’s diatribe is the equivalent of me saying that all wine magazine staff are incompetent boobs who take queues and bribes from wine producers and distributors in order to manipulate the market to favor whoever brings their employers the most advertising dollars. In other words, it’s patently wrong in the majority of cases and insulting in the extreme to the > 99% of that group to whom it doesn’t apply.

Dear Mr. Blue – What you, and recently Robert Parker, are failing to realize is that there ultimately isn’t an “us” or “them” in the situation between traditional printed wine media and wine bloggers.  Just do what most wineries, PR firms, distributors, and other wine industry pros are already doing – accept us and get on with things.  If the goal is to marginalize wine bloggers by attacking us en masse at every opportunity, the strategy is failing miserably.

Here’s a thought: if you’re wondering whether or not wine bloggers are trying to improve the world of wine for its consumers, come over to the American Wine Bloggers Conference in Sonoma next week and find out for yourself.

I’ll be waiting to share a glass with you after I accept your apology.  We can even talk about our day jobs.

I happen to think mine is very cool, by the way.

Not that you asked.