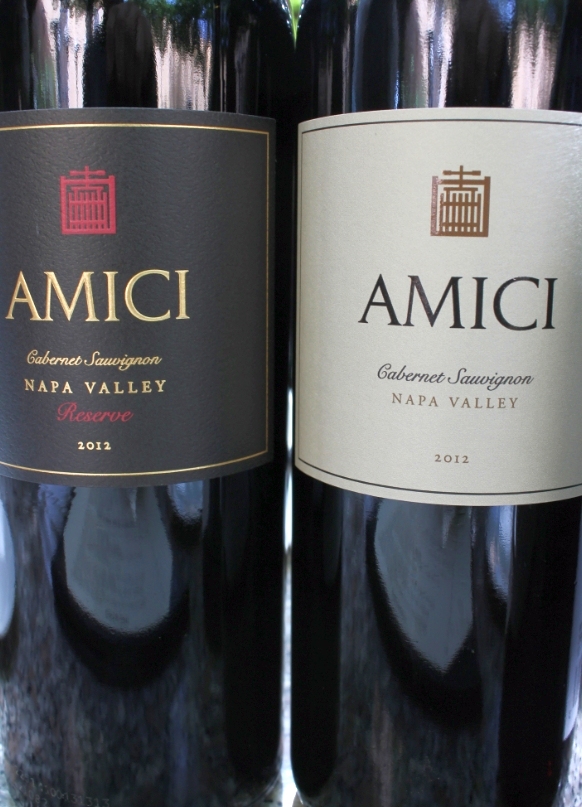 “This is a winemakers’ winery.”

That Amici’s Associate Winemaker Bobby Donnell was speaking truth to me – and not just laying out the typical wine country cliché – was evidenced by the total lack of anything resembling Napa Valley “Why, yes I DID!” pomposity in Amici’s vinous Calistoga hamlet.

Maybe it’s due to owner John Harris’ down-to-earth influence, consulting winemaker Joel Aiken’s humility, or the winery’s somewhat-off-the-beaten-path location (or all three), but the Adult Wine Disneyland factor is pretty much approaching the zero line when it comes to graphing the esprit of Amici’s Cabernet production. Their reds are certainly Napa-esque fruity and powerful, but they’re also often tinged with energy, depth, and nuance. They wear lace in all the right places. And based on the asking prices, they got the laces at a discount (by Napa standards, anyway).

But the above is also a nice way of saying that when you visit Amici, you’ll see… trailers. With barrels and space heaters in them. That’s where Aiken and Donnell house “a whopping ten tons” of production using whole berry fermentation, mostly for experimentation (though some portion now makes it into the Napa Valley Cabernet and Reserve Cabernet production). The reason? Outside trailers are the only room that they have left.

As Donnell put it, “the nickel tour involves bathroom, too!”

For my dinero, though, that’s all just fine. A lack of showcase winery adornment is more than made up in the experience that you’ll have in the bottle of typical Amici Cab, which offers the better aspects of NV red with a number on the price tag that’s about 33% lower than what we ought to expect from something that has Napa printed prominently on its label.

Yearning for lofty marble columns, classical music, and pomp and circumstance? You’ll have to look elsewhere. Fancy classic rock music playing while a smoker servers up BBQ fare out back beyond the trailers? Then Amici is your place, and these just might be your wines… 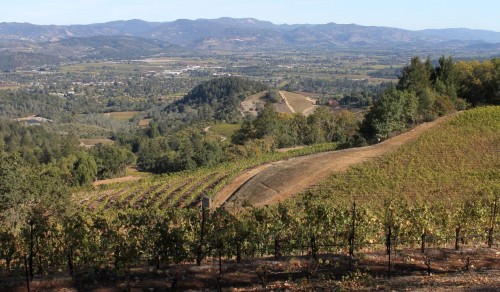 This one is grippy for these guys, but the combination of lush black fruits and vibrant elegance is a textbook display of what works about Napa Cab. Lean in close for the oak spices, which are a little more ninja in-and-out than they are obtrusively obvious. 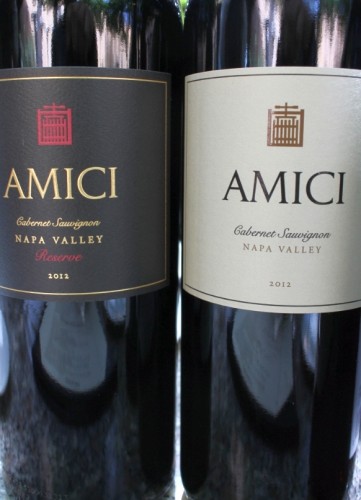 This is such a wee lil’ babe of a wine right now. Spices, dried herbs, toast, coffee, dark fruits… And while it’s rich, all that richness has depth. And while it’s deep, much of the depth is wrapped up tightly in its tannic grip. Despite having “a lot of Rutherford bench fruit, a little bit of Spring Mountain, Coombsville… a lot of Oakville, too” according to the Amici folks, that potentially schizophrenic grape parentage doesn’t deter this wine’s single-minded elegance. Quintessential (good) NV Cab here, folks.

This is still powerful and the mouthfeel is surprisingly tight. But it gives the sense that it is juuuuuust starting to settle in and relax in a contemplative mood now. Dired herbs, tomato leaf, red and black currants, laced with savory and meaty action… a pleasure to whiff. Ok, and to gulp. 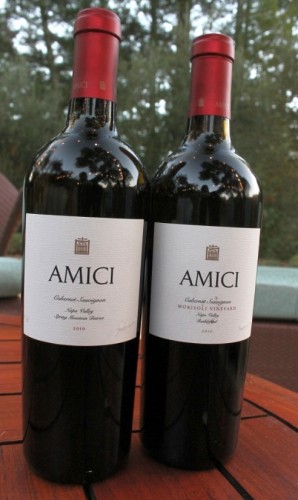 Now this is where things got decidedly more serious. The Spring Mountain vineyard source for this wine went organic, and contains more terracing and densely planted, goblet trained vines than you might expect for Napa Valley. It’s also the site of Falcon Crest fame (yeah, I am just old enough to remember that, by the way). When we visited the spot, Aiken mentioned to me that “you don’t want fat and happy grapes; the berries here are like BBs.” The fruit does have significant aromatic depth in this Cab, and after a moment or two offers earth, clay, truffle, and then spiciness. Savoriness, vibrancy, and tight grip come later on the palate, and they march in lockstep, and in a formation that screams “long haul!”

Morisoli is, as Joel Aiken told me, fifty acres of fourth-generation family vineyards that have, by Napa standards, quite a respectable neighborhood address: “to the west is Scarecrow; to the north is Inglenook.” All of Amici’s fruit comes from Clone 7 Cab (just nod as if you care), made up of early-1990s plantings on a loamy, alluvial mix of soil. A slightly rounder and plummier Cab than its Spring Mountain cousin, this wine has that Amici spice-and-complexity thing going on, for sure, and similar herbal/savory action, too. But… the fruits are redder, the power is more palpable, the depth and grittiness more overt. The finish is earthy and long enough to measure some short-haul airline fights by (not that we’re advocating drinking and flying…).