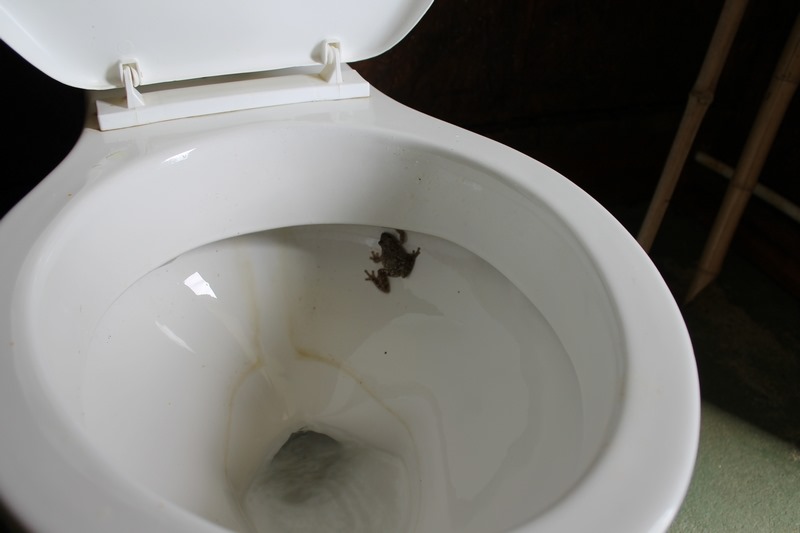 One could go their entire blogging life and never be fortunate enough to use the phrase “toilet frog.” And yet… here I am, able to use the term from personal experience.

I need a moment to revel in this, people. Please, indulge me a moment, for I have met them, in person.

The toilet frogs moment comes courtesy of Alto de la Ballena (literally, “height of the whale [hills]”), a relatively small producer (about 55k bottles) with a relatively small vineyard area (about 20 hectares) in a relatively small country (Uruguay) who are making relatively excellent wines that are not yet available in the U.S. (though they are working on it; it’s a situation I sincerely hope changes after this, and not just because they showed me their toilet frogs).

The story begins in the Sierra de la Ballena, a stretch of hills that begin at a whale-watching peninsula near the seaside resort town of Punta de Este, a spot where the seafaring mammals stop during their August/September migration to Patagonia. Taking their name from the whales, the Sierra de la Ballena undulate to the north, about fifteen kilometers inland to the town of Maldonado, which is where Alvaro Lorenzo and his wife Paula Pivel decided to plant their vineyards in 2000/2001.

Lorenzo and Pivel were all alone on the steep, rocky, gravel, granite, limestone, and schist hills in Maldonado.

“At the time, no one was here,” Lorenzo told me when I visited the property as a guest of Wines of Uruguay; “we took the risk.”…

Turns out there was good drainage in them thar’ whale hills, as well as straight-line ocean breezes. The wines turned out better than they expected, so much so that they inspired newcomer Bodega Garzon’s choice for where to plant their vineyards, after consulting winemaker Alberto Antonini tasted them.

Lorenzo and Pivel planted quote a menagerie of grape varieties on their hilly slopes: Cabernet Franc, Tannat (“just because,” noted Lorenzo), Syrah, Viognier, Merlot (which he thinks is “the best for Uruguay; there is too much Merlot in the world… but it’s outstanding here”), but no Cabernet Sauvignon (“it starts to rain when Autumn is coming,” he told me, and so earlier ripening varieties fare best). 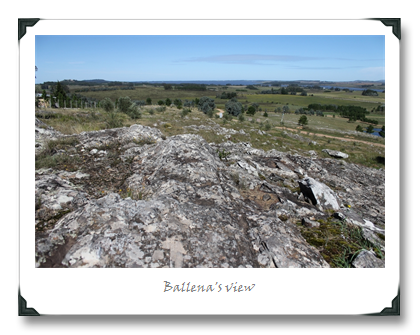 Alto de la Ballena’s take on how to tame the tannins of the rugh-and-ready Tannat was to blend it with the more fragrant Viognier. The blend was their unexpected stunner on the market; they expanded production due to its success. According to Pivel and Lorenzo, they press the Vognier, then co-ferment its skins with the Tannat, finally blending the Viognier juice back in to create the finished wine (“You get more control of the situation that way,” Paula mentioned). 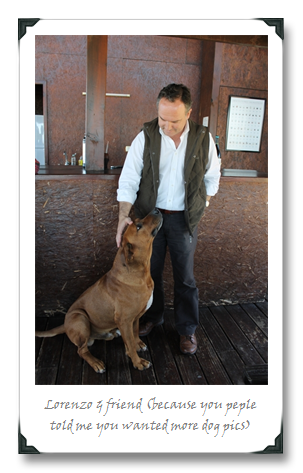 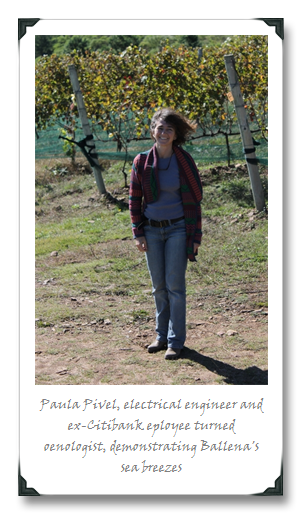 Their tasting room area is still a lot more tree house than it is sexy tourist destination, but it’s functional and has stunning views of the area and their vineyards. Which is where the toilet frogs (!) come in…

They have frogs that live in the rim of their toilet, which is in a bathroom accessible from the outside. If you’re a guy, you won’t notice them until after you pee, since it’s the flushing that scares them out of their toilet-rim safe-haven, sending them scurrying about in a mad scramble to avoid being flushed completely down the toilet. Pivel told me that they’ve tred getting rid of the little buggers, and so far nothing’s worked, so they’ve decided that it’s more natural to let them hang out for the time being.

Okay, you’re right, we should’ve just stuck to the wines… 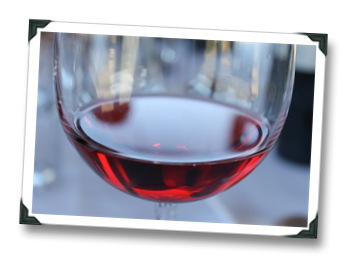 One of the most interesting rosés I’ve tasted this year. It’s quite dark, like the rosés favored in Spain, and full of red flowers, herbs, savory currants and a stony minerality (yeah, I know, I hate writing it, too). It’s pungent, structured, and with a demeanor that seems to match its dark shade. Call it rosé for the hard-core red wine lovers (I mean, just look at it!!!): 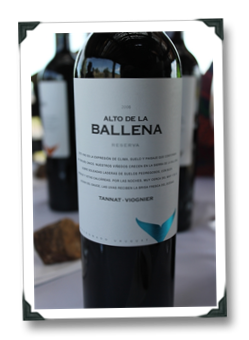 Dense, savory, red currants dancing on a black cherry laminate floor. Only the floor also has dried figs and bits of earth and exotic spices embedded in it. The disco lights do get a little hot, but the silky-feeling, tart-red-fruit leisure suit core keeps things cool enough (alright, alright, I’ll stop now).

For me, this blend (15% Viognier) was one of the first and one of my favorite Tannats tasted during en entire week spent tasting mostly Tannats in Uruguay. Plummy, floral, spicy, exotic, eccentric, energetic, dark, rocky, leathery, figgy, silky… It was made to make friends, but in doing so remains true to itself, and its roots (those of both place and grape).

Their tour-de-force, named after the eye of the whale. 1800 bottles made, and so far sold only in Uruguay (unfortunately for us). Where to begin… really, the only thing not going for it is the finish, which ends a tad sorter than I’d like; otherwise, this is a stunner. Raspberry, toast, smoked meat, spices, hints of gravel and iron; it’s lively, broad, peppery and about as pretty and compelling as a real-life close-up with that sea-mammals olfactory orb, lashes and all (not that I’d know). 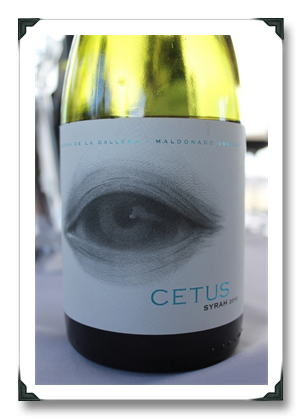