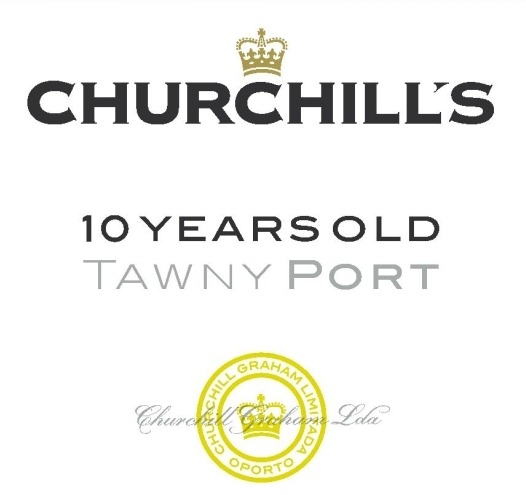 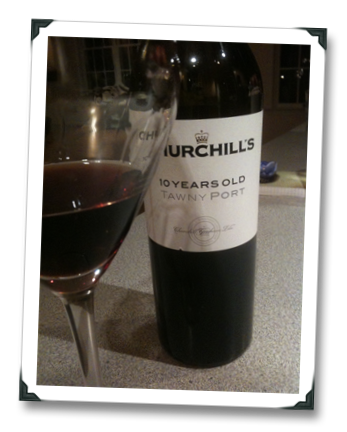 Such as in this case, when it comes to a 10 Year Tawny Port to which RMP Jr. dolled out 94 points, in sharp contrast to many other long-established critical voices who deigned to bestow it a high-80s score, probably because it retails for $33 (and usually less) for a 500 ml bottle.

This is a Tawny to which you need to devote some time, because it takes a good long while for it to totally unfurl (disrobe?) in your glass, after which it’s gorgeous to behold; gorgeous enough that it’s nearly as good as 30 Year Tawnies I’ve had which cost nearly three time as much.

In another example of extreme positive wine pairing serendipity, I reached into the sample pool and grabbed the Churchills 10 Year Tawny Port on a whim over the holidays, in the hopes that it would match well with pecan pie.

This wine rocked the shizz out of that pecan pie. This wine owned the pecan pie. Hell, this wine is a pecan pie – toasted nuts, sweet dried fruits, spices, a slight sherried note and beautiful balance…

I know that technically speaking this wine could have received a 10 Year Tawny designation even though one could actually have aged this 40 years, or 5 years, so long as the IVDP in Portugal thinks that it tastes like a 10 Year Tawny, but I don’t give a rat’s ass if it was aged seventeen days in the back of someone’s pickup truck in the Douro, this is one hell of a 10 Year Tawny at any price.

So in my view RMP got it totally right, the other guys got it mostly wrong, and… well, there isn’t an “and…” in this case, just don’t get carried away and expect me to agree with all of RMP’s reviews from here on out, okay?

One of the highest-“scoring” wines from me for the price, my tasting note on this wine started with “Uhm… WOW. Nailing the definition of 10 year Tawny with Britannica-like precision.”  Actually, I think this wine slightly redefined for me how good I should expect 10 Year Tawnies to be, since it compares favorably to 20 and even some 30 Year Tawnies I’ve had. And while I’m not going to apply for a job at the IVDP anytime soon, I’ve had my fair share of Tawnies (hell, of Ports in general) over the last several months and over a few trips to Portugal so the opinion hopefully is at least a semi-educated one.

Bottom line is that this Tawny was good enough to make me want to share the experience with you. As for the pecan pie – it wasn’t homemade, alas, and while Wegmans makes a mean crust (and includes very tasty, sweet whole pecans layered on top), I agree with the cunty jew (that is the actual blog name, so no flaming me on that mention, please!) that you’d fare a whole lot better in my neck of the woods by taking the time to seek out an Amish-made pie instead (over $2 cheaper, and sooooo much tastier – not everything that tastes like pecans and costs a bit more is an actual bargain, it seems)…