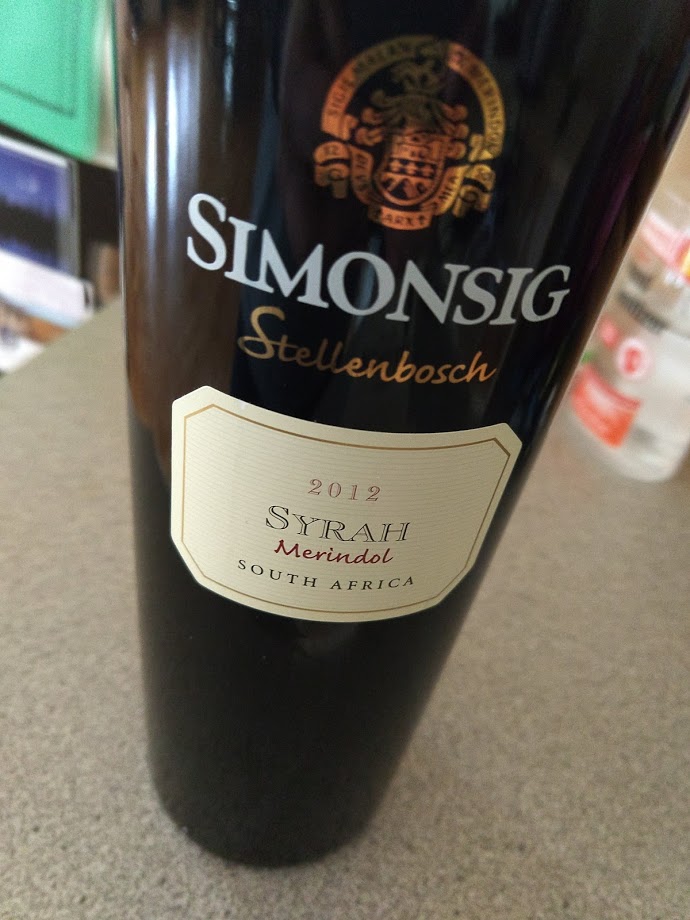 This is a tale of hatred.

I’m not sure exactly why I approached the wines I am about to discuss with you with such abject internal bile. But rage my bile against them I did, although they ultimately showed me who was boss and got my attitude turned around; but I did not make it easy for them.

Personally, I blame the current U.S. President. This week marked the first time in decades that I simply ignored the Presidential State of the Union address. I mean completely and utterly ignored the fact that it was happening, to the point of not even reading about its contents or subsequent Democratic party rebuttals. The less intelligent reader (who, of course, isn’t here reading this anyway, right??) will ostensibly chalk that up to me having some sort of Liberal-leaning angst over Donal Trump, even though I’m not actually a Liberal and the only time I ever affiliated with a party was as a Republican in the 1990s.

No, my bile-boiling is the result of the unique personal political hell-scape that a Trump presidency has created; I am a bit of a fiscal/budget hawk, highly value reasonable discourse, and support (along with the majority of Americans) a tolerant, progressive social agenda (within reasonable spending!). Trump is literally the opposite of all three of those things: he acts without proper analysis of how much money will be burned as a result, he is often embarrassingly angry and unintelligible in his speeches, and he seems to court the kind of oh-whatever-just-get-over-it kind of subversive sexism and racism that had no real place in the USA in the 1970s, let alone in 2018. So, basically, he’s a raging douchecanoe in my view, and since he dominates the national news cycle, I’m kind of always in a minor state of angry despair these days, waiting for that thing on top of his head to admit that it can no longer control him and crawl off somewhere to find another host…

Anyway, we’re supposed to be talking about wine, and so the TLDR version is that I wanted to hate these two wines, but instead I am enthusiastically recommending them to you! 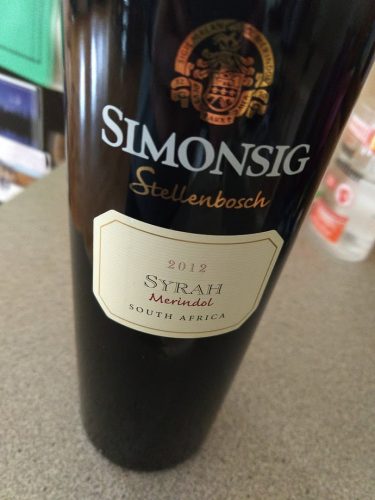 I cannot be reasonably faulted for wanting to not like this. After all, the description of the wine includes the term “black forest chocolate cake topped with black cherries,” and who the f*ck wants to drink black forest chocolate cake? Not only that, but we’re talking about a wine that saw a month of extended maceration, and underwent full ML fermentation in 100% new French oak. Oh, and it takes its name from the Malan Family coat of arms, which is all about celebrating French Huguenot heritage and not really at all about celebrating the natural bounty of an African nation. It ought to be the kind of viscous, woody, overwrought, tiresome slog of a red that the cool kids love to make fun of these days.

As douchecanoe Trump would say, “WRONG!” The wine is certainly decadent, and it certainly has no shortage of wood spices, but it’s also fruity, elegant, and balanced, its blackberry and plum flavors buoyed by a sense of energy and a peppery disposition. How balanced? I didn’t even the nearly three grams of residual sugar in the reasons why I wanted to hate it, because you’d never even know it was really there, that’s how balanced. At turns, it’s powerful, sexy, and bordering on lovely. 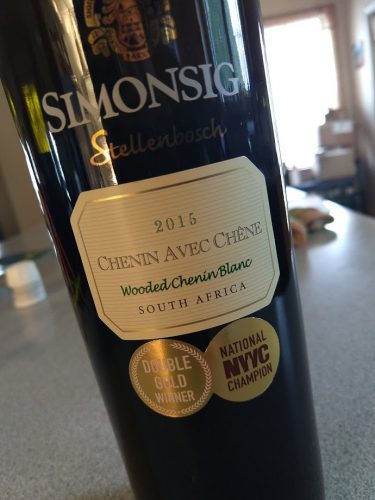 Again, entering with preconceived notions was a recipe for getting schooled. I mean, c’mon, the word “wooded” appears in the NAME OF THE FREAKIN’ WINE. And yet, this is clearly a case of favorable course correction, as we’re seeing a decidedly not-so-woody nose and flavor profile coming from this release. This is much more fresh-and-zesty citrus, heady white flowers, and ripe tropical fruits than it is wood spice and 2×4 scaffolding. There’s no ML here, but some oak aging does give it roundness and character and enough texture that it becomes a compelling match for a wide range of seafood and cheese options. Just leave your wanna-be hatred at the door, ok?