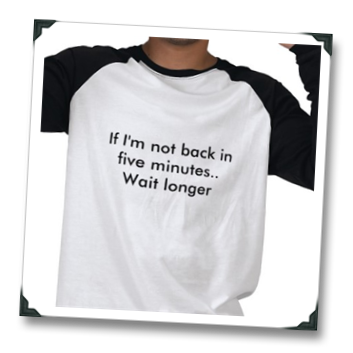 Technically speaking, there are approximately a boat load of wine blogs out here on the “global interwebs.”

What, there are wine blogs besides 1wineDude.com?  Really??

A recent count has us at about 1,000 wine blogs being published worldwide.  Nearly 50% of those are published in English.  That’s about as dizzying an array of choices to the average American wine consumer as his or her available wine brand choices, which some estimates have pegged at about 7,000.

Personally, I subscribe to a paltry, tiny percentage of those blogs.  Not because only a small percentage are any good; it’s mostly because I’m lazy.  In fact, I am constantly amazed at the quality of many of the wine blogs available.  But… I’ve got a toddler running around the house, a side career in music, and an IT career.  So time isn’t exactly a luxury at Chateau Dude.

For those of you who are also busy, I’m going to start featuring small pieces on other wine blogs that I follow.  The idea is that if you have 5 minutes, I’ll give you five wine blogs that you should check out in those 5 minutes, if only to bookmark and come back to them later when you do have more time.

Hopefully these blogs make it into your RSS reader of choice, if they’re not there already.  Just remember to come back to 1WineDude once in awhile, okay? 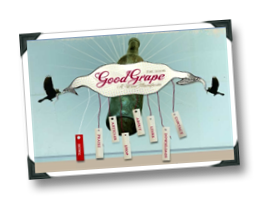 By most counts, Jeff Lefevere’s GoodGrape.com should be a total flop.  The posts are long.  They demand attention to comprehend fully. They’re not quickly scanable.  And to top it all off, he’s in the midwest – not exactly the hotbed of the wine world.  But… Jeff  writes so well, and does it so consistently, that it almost defies belief.  His blog is also gorgeous (if a bit difficult to navigate).  Anyway – it is a must read for me. 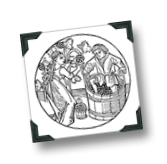 Ya know what?  Here’s another one that on paper doesn’t work for me.  A professor who writes about wine in her spare time, on a Blogger.com-hosted blog with an ancient template, and who primarily writes about bargain wines but writes enough times about wines that cost over $20 that it makes you wonder about the title. But her posts are just so damn good that you won’t care.  The tasting notes are always spot-on, and she frequently covers wines and regions that the average consumer doesn’t know about (but should).

Yeah… I know… let the flaming comments begin but before you all go negative on me, you need to know something:  Steve is one of the few traditional wine mag people who is blogging, and I mean blogging for real.  Because he loves it, because he wants to get people talking, because he writes well, hell, because he can.  Go ahead and look for anything left over from Steve after he writes a post – hint: you wont’ find anything, because he leaves it all out there on his blog, every weekday.  That’s a tall order and while you can hate what he has to say when he’s controversial, you’d be a fool not to admire the gumption.

Fredric Koeppel.  Do NOT call him Fred (he hates that). I call him “The Master” because I’ve lost count of how many times I’ve read his blog and said to myself “damn, that’s a beautiful sentence” or “sh*t, I wish I’d written that” or “f—k this guy, no one should be allowed to be that talented!!!’”  Fredric just totally kills it every time he puts virtual pen to virtual paper. 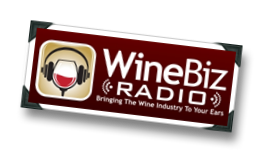 Technically, this podcast and KSVY-FM 91.3 radio show not a blog per se.  It will take you more than 5 minutes to check it out, its website is in drastic need of an overhaul, and the show is probably overdue for including video.  But hosts Randy Hall and winemaker Richard “Kaz” Kasmier provide the most entertaining take on California wine country and wine social media that you will ever hear. I mean, most of the shows start with the hosts cracking open bottles of premium beer – you have got to love that!

7 thoughts on “5 Blogs in 5 Minutes: The First Edition”