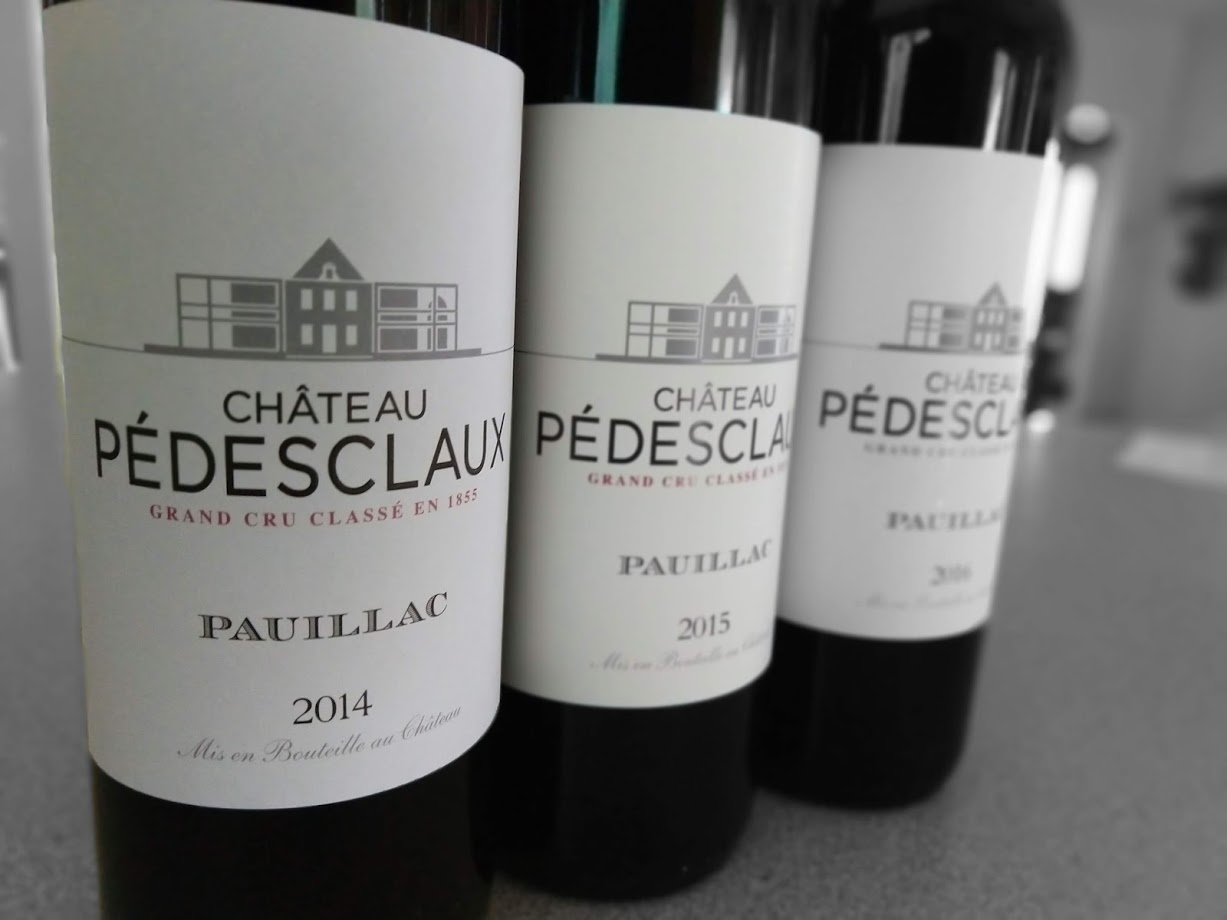 The first vintage of Pédesclaux from their new, ultra-modern winemaking facility was a high-pressure one for Bache-Gabrielsen: “It was a late-ripening vintage, it gave us a lot of complexity; we had to prove our potential.” If making a statement was their aim, they thoroughly succeeded with the 2014, which is a salvo of budget-minded Bordeaux loveliness fired across the bow of neighboring Pauillac properties costing a crap-ton of a lot more per bottle. 53 percent Cabernet Sauvignon and 47 percent Merlot, and 100 percent complete; particularly on the palate, where this red has absolutely zero dead spots. Violets, minerals, dried herbs, cedar, black currants, plums, black olives, tobacco… it’s all textbook, it’s all here, and it’s all in a balanced, taught, powerful, gorgeous package that ought to still be sitting pretty a decade from now.

This vintage sees a smidgen of Petit Verdot added to the mix, with the going-in plan being adding power while “keeping the finesse and elegance of 2014.” This vintage certainly feels more modern, and chewier all around, than the previous year’s release. The mouthfeel adds a bit more silk, without losing a sense of structure or lacking freshness. Compared with their 2014 benchmark, the 2015’s dusty tannins are more linear, the dark fruit more extracted, and the crafting and experimentation more evident.

2016 was the first vintage of Vincent Bache-Gabrielsen’s tenure in which crush was utilized, in an effort to shorten the skin contact, and softening the extraction in what he termed the chateau’s “target style.” A small amount of Cabernet Franc sees an entrance here, as does some Austrian oak, and the result is more spice and herb action on the nose to compliment the minerals, plums, and violets. Blonde tobacco, black currants, and an overarching sense of elegance are in play, too. Where 2014 had something to prove, and 2015 had muscles to flex, 2016 has intellectual depth – it’s young, taught, and finessed, with fantastic length. If this wine is any indication, Pédesclaux’s resurrection is damned near complete.