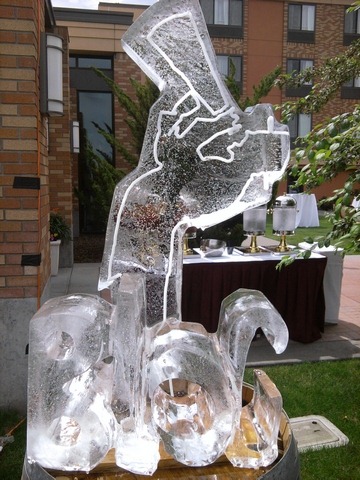 Which begs the question, What the hell does “Pro” mean, anyway?

When I figure that out, I will be letting you know!

The short answer, for now, is that it means I will no longer be working for The Man, and instead will be figuring out how to make a living and feed the collective Roberts household mouths using 1WineDude.com as the primary vehicle.

You’ll notice that I did not state that I will be making a living totally from blogging on 1WineDude.com (I suppose that’s best left for the gadget sites of the “Interwebs” who get more traffic per minute than I see in a week), but I will be using 1WD as the launching pad for making a living within the constructs of the wine world.

Despite the rugged-loner namesake of this blog, I will not be doing this alone.  I have a ton of help coming my way – the Vintank think-tank team is on board (although I’m pretty sure they  have no idea how much of their time I am going to be taking up! :-), and I’m in the final negotiation stages with some other resources who are experts in on-line and brand-focused business-building (one of whom has done work for someone that you probably recognize).  Oh – and then there’s YOU, the amazing, intelligent, and acute readers of this blog, who have been amazingly supportive.

The ironic thing about this becoming the topic of a full post (and even more ironically working its way into a regular feature – as you will soon see below), is that initially I wasn’t even going to talk about any of this on the blog.

Every time the topic of me “going pro” came up in conversation with anyone else, each and every person (literally, all of them – and yes that list includes more people than my mom) told me that I should write about it, because while others have done similar things in other spaces, no one has really applied it successfully to the wine world in the same way that I’m envisioning.

So… here’s what I’ve got planned…

Starting November 1st, I’m gonna (finally get my act together and) offer a predictable publication schedule of Features on 1WineDude.com:

Starting off each week you will see the good ‘ol 1WD style ‘o wine world coverage (a.k.a. dime-store-philosophizing) that has been the staple of 1WD for the last 3 years.  Stories about wines, wineries, industry banter, wine travel, wine products/reviews, my own drunken bouts of Zen wine wisdom, and of course interviews, interviews, interviews – basically no change.  If it ain’t broke… you get the idea.

I probably will be taking Tuesdays and Thursdays “off” but reserve the right to post my normal inane banter opportunistic, timely content on those days as events warrant; and because, well, it’s my f—king blog so I’ll do what I want! ;-)

Each Wednesday, I will apply my bizarre and twisted mental lens on my journey from IT Exec / Desk Jockey to Wine World Writer Making Fists Full of Dollars.  Or something like that. That journey (as I warned you previously) will be very, very, very public, and I expect quite a roller-coaster-ride of ups & downs  – and you will get a chance to live those ups & downs with me each week.  I promise to try to make the depressing parts at least somewhat entertaining… if you just promise to call me when it rains and hold me closely when I cry…

For a guy who started out not doing wine reviews, I sure have done a boatload of wine reviews.  I don’t see this changing anytime soon, if only because I need to review more wines samples than ever if I ever want to free up the storage area of my basement.  So I thought it would be fun to highlight the best wines of the week from those that I sample, and “award” those wines some badges for those that really stand out.

This wouldn’t substitute for any in-depth wine or winery story coverage (those would still get focus earlier in the week), but given that this blog has been fortunate enough to garner some recognition and eyeballs, I’m hoping that by having a scheduled post each week specifically focused on wine reviews that it will actually up the level of competition for the quality of wine samples being sent my way and therefore expose you to even better wines in the long run.  I know, I’m totally f—king delusional but I gotta try, right?!??

The mini-reviews are sticking around – mostly because I love doing them; not only do they challenge the hell out of me with such a short footprint format as is forced by twitter, but they also allow me to “cover”many more wines in a week than would otherwise be possible in the longer (read: badly in need of editing) format reviews / coverage that I normally publish.

1WD is still going to be a one-man outfit, which means I am going to have to turn down many, many more opportunities to cover wines / events / people / regions / products than I accept (though I still plan to make 2011 the year of the travelin’ dude and to triple the amount of wine region touring I did this year).  I’ve seriously considered bringing in collaborators and expanding but there are other sites doing that so well right now (PalatePress.com, for example) that I haven’t been able to come up with a value proposition around expanding that isn’t essentially “more of the same” – and that’s just not good enough to justify the additional effort required because it doesn’t bring the right level of value to YOU.