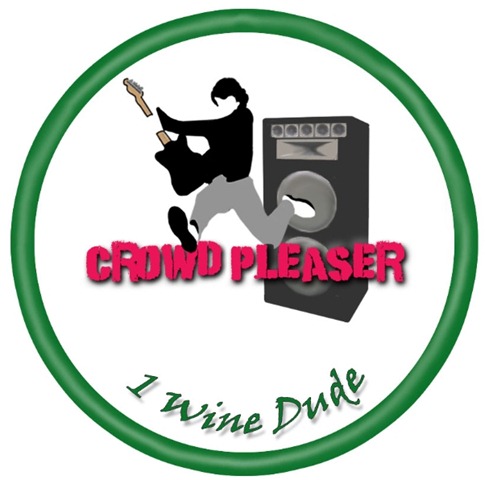 Ok, so one of them isn’t that cheap… and come to think of it, the better term is inexpensive because neither of them are cheaply made… whatever, you’ll get what I mean…!

Anyway, we’ve got two badges to hand out this week, both to whites from the sample pool that really impressed me.  Here they are, with twitter mini-review attached (along with more expanded thoughts):

Hot damn, Portugal has been coming out swinging lately and this white is no exception – it’s got enough citrusy perk to please the foodies, enough fruit to attract the casual sipper, and enough seriousness to make the wine geeks do a small double-take-head-fake after trying it.

This wine has its fair share of admirers in the wine media and, well, I’m late to that party but can now tell you that they are spot-on. It’s rare that a big-ass Chard gives me enough depth and complexity to want to sit back and contemplate it (usually, big-ass Chards make me want to step back and pour them down the kitchen sink). But this one… this one delivers, nearly brilliantly and for a price way under what they could be charging for it if the label read “Napa” instead of “Santa Rita Hills.”