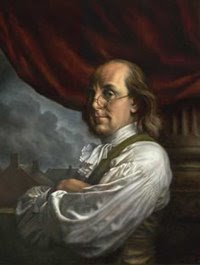 July 4th. The day that we in the U.S. celebrate American independence.

It’s fitting that we laud the bravery, gumption, and raw intelligence of our founding fathers, as well as the courage of those who fought to make our country free to chart its own destiny.

I suggest doing that with burgers and grill-friendly wines.

What we don’t commonly do is celebrate the French ingenuity and general affairs meddling (at great financial expense to them, I might add) that made life so annoying for the Brits that they more-or-less gave up and let us have this great country.

So maybe that should be burgers and grill-friendly French wines. Now, before you write me off for spouting heresy about not drinking American wine on an American holiday, consider these tidbits:

So maybe that’s actually burgers and… Madeira…? Man, I gotta think about that one…

These facts are indisputable: our Founding Fathers fondness for their vino is preserved forever in their very own handwriting. Not only were they booze hounds, but they were men of letters. When guys like Washington weren’t writing eloquent prose to the budding new government (mostly complaining that they didn’t have nearly enough resources being sent their way to even make a dent in the larger, better funded, and more skilled British army), they were writing home about their wine.

So there you have it – American gumption, French meddling, British mistakes, and Portuguese wine.

The makings of a truly Liberated nation! Have a safe and happy 4th! Cheers!