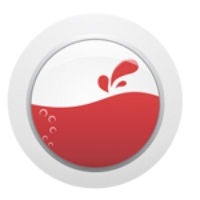 The ugly child to which I refer in the title being me, of course.  Hey, even in the on-line wine writing world, not all of those who are “born digital” can be handsome, I’m afraid. 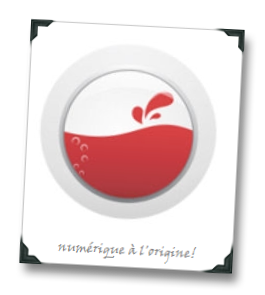 I recently (ok, somewhat recently – times are busy, people!) ”took the bronze” in the 2010 Born Digital Wine Awards, in which a story I wrote on the wines of Greek isle of Santorini (Endangered Species: Santorini Wine Fights for Its Survival) was chosen as a finalist in the Wine Tourism category (somewhat ironically I suppose, since one could make an argument that it’s an anti-tourism piece).  This got me a gift certificate to Amazon.com, and a nod from Jancis Robinson (as well as a subscription to her Purple Pages, which I’m looking forward to viewing once I get thirty or more uninterrupted seconds to myself, probably sometime in early October at the rate things are going now).

That, along with some kind nominations for the 2011 Wine Blog Awards (big THANKS to those who nominated me, by the way!), have put wine writing awards front-and-center in my mind lately.  As in, re-pondering what wine writing awards really mean, man.  And what I’ve learned through all of the re-pondering is that I’m not sure what they really mean (but, as usual, that won’t stop me from talking about them!)…

Search on the term “wine blog” on Google and you will receive “about 16,300,000 results.”  How any reasonable wine lover who isn’t completely obsessed by the subject is supposed to make heads or tails (or hearts) distilling that brew of content is beyond me. Awards help to differentiate the (potentially) meaningful form the (potentially) banal, but like any accolades need to be taken as potential guideposts because…

Awards are only as good as the competition (and process)

It’s tough to know which awards carry the most prestige, or have the stiffest competition, or the most worthwhile judges; and in that respect, wine blog / writing awards are no different than medals given to wines in competitions, in that there’s no easy place for the wine-writing-consumer to go to know which bouts are the equivalent of the World Cup, and which are more like pre-qualifying “friendly matches.”

And even then if all aspects of the awards process are top-notch (judges, the vetting process – which for nearly all on-line wine awards is still too opaque for the interested to get a sense of how fair they truly are – and the quality of the competing authors/articles), there’s no guaranteeing that the winners will be your cup of vino. It’s important to note that awards themselves may judge things that you find unimportant – and I think it can be argued (quite strongly) that many awards reward the status quo, which to me can be a dangerous thing because wine writing of the last several years can tend towards the (extremely) banal.  I’m reminded of a discussion that took place earlier this year on Charlie Olken’s blog about the future of wine blogging – in it, my recent traveling companion Mike Dunne noted in the comments that “quick-hit and risk-adverse editors are as responsible for wine journalism’s low standing today more than blogs.” And I think he’s onto an important point there: not only is there poor and/or uninteresting writing about wine everywhere, we have today a scenario in which poor and/or uninteresting writing about wine is rewarded monetarily, not surprisingly at decreasing rates – because once you make a formulaic model the accepted mainstream, it becomes low-hanging fruit for an outsourced resourcing model (in this case, outsourcing to writers who are willing to work for very little money).  Pay peanuts, and you get monkeys as we used to say in InfoTech.  If an awards program reinforces that model, then is it really worth a hill of beans to those who want wine writing (hell, any writing for that matter) to be unique, interesting, and emotionally engaging?

Having said all of that, we’re assuming here that wine writing awards generally are important, which I think is a valid assumption, but only in so much as we remember that…

Awards don’t mean as much as drive, appeal, and (especially) engagement

Awards make me feel good, and no doubt have opened doors to other exciting opportunities for me, and so I’m (very) grateful that I’ve been fortunate enough to have won a few of them.  They differentiate me, and allow me to use the term “award-winning” which, I freely admit, feels cool in a “defending Superbowl champion…” kind of way. The validation also keeps me from hanging up my wine bloggin’ spurs when I hit the low points in the darkest hours that (I think, anyway) most writers find themselves groping blindly through at least once in a while (and in the case of wine writers, the lows are probably deepened from time-to-time by the depressive effects of over-doing the alcohol consumption): Does what I’m doing really matter to people?

But I’d trade all of them – even the awards that involved popular voting, which to me helps to serve as validation that you are, in fact, resonating with readers – for a consistent answer to that darkest-hours question.  For example, I’d sleep a hell of a lot better at night if I earned myself one quarter of the drive, passion, appeal and engagement of someone like Gary Vaynerchuk; say what you will about the guy but you cannot simultaneously claim to be reasonably and also deny that he’s galvanized thousands of people around the topic of vino, many of whom may never had otherwise paid a lick of attention to wine in the first place.  Now that’s relevant engagement, people – and it’s its own reward.

I’m not saying I crave fame, I’m saying that I crave quality engagement with people over the topic of wine, the kind of engagement that gets people talking, taking action, and causes me to see things in new and interesting ways – on its very best days, that can happen on 1WD and to me it’s as soul-fulfilling as any well-aged Mosel Riesling (long-time readers will understand just how strong of a statement that one is for me to make!).

In other words, if you’re blogging about wine and finding yourself uptight about something like the WBAs, you need to have a glass of lightly-chilled rosé and then get lightly-chilled yourself. It’s not that they are bereft of meaning – they’re not; but they probably don’t have anywhere near the significance to your life as you might think they would when seeing the shiny badges that winners can post to their sites.  Why? Because if you’re really resonating with people, and enjoying the ride yourself, then you’ve really no need for benefits (or the potential crutch) of awards.

10 thoughts on “Born Digital: Some Of Our Children Are Ugly (What Wine Writing Awards Mean)5 min read”