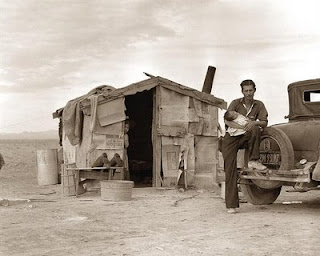 The wine world probably won’t miss the Summer of `08.

That’s because the Summer of `08 seems like wine’s Season of Discontent.

Personally, I’ve never been so happy to see the Autumn (even taking into account that the Fall is my favorite time of year… colorful leaves… dark beers… heavier wines… and football… sweet, sweet football…).

Anyway, it was last week, with Autumn and football in full swing, when I realized that the wine biz has a lot to learn from its “little” cousin, beer. You know, the one that wine likes to look down on and winsomely tolerate from time to time at family reunions, all the while not seeming to realize that its cousin lives in a bigger house, makes more money, and has more friends. Yes, that cousin. Wine – I’m talking to YOU. 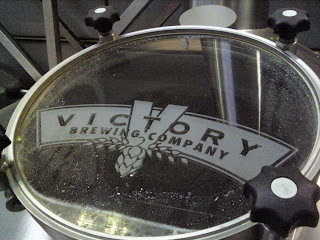 Last week, I had the pleasure of hosting fellow blogger The Beer Wench, touring nearby beer stalwart Victory Brewing Company with her. Dude loves beer (in fact, I used to brew it), and he is tight with Victory: it’s my favorite beer location, and I am friends with Victory’s events coordinator, and Dude’s band is playing Victory’s outdoor Fall Fest celebration this year. So we were able to score a private tour of the beer-making magic for The Beer Wench.

About halfway through said tour (when I was rolling hops in my fingers, forever imprinting it’s aromatic fingerprint into my brain), I realized something very important (to me, anyway): I’ve yet to meet anyone involved in beer – whether it be media, distribution, crafting, or enjoying – who was snobbish to the point of being exclusionary. Nobody. Zippo. Nada. It just doesn’t happen. All seem to be welcome in the land of beer. Sure, they have their favorites, and the occasional “low on taste high on commercial budget” examples that they love to hate (Bud Light, anyone?). But you’re never, ever turned away at the door of fine beer. Never.

The mantra of the beer lovers?

Everyone else is also a potential beer lover – they just don’t know it yet!

The sad truth is that there is snobbery in the wine world, and some parts of the industry might actually bank on that snobbery to make their take-home pay.

Too many budding wine aficionados are scared off by “experts” or turned away by the snobbish who view fine wine as some sort of elitist entitlement, to whom holding wine at arm’s length from newbies is some sort of perverse badge of wine honor. By actively deterring new potential wine lovers, the only thing that the ‘elite’ are doing for fine wine is driving its future of appreciation into the dirt. I’m NOT talking about the Robert Parkers of the world. I’m talking about those who think they’re Robert Parkers, but lack the experience, renown, know-how, clout, and funding, yet somehow feel as though wine ‘belongs’ to them.

This has nothing to do with print wine media. It has to do with individuals (no matter if they’re in the wine industry or not) who are perpetuating a myth that you need to earn your place to love wine. In fact, nothing could be further from the truth. Wine loves you already. it wants you to be its friend. Wine doesn’t like the snobs, either!

In my view, it would help the wine world if most of those in it took a long, hard look at the world of beer and instead of turning their noses at it, embrace its sense of helpfulness and down to earth charm.

Hey! Wine world! You need to help yourself to a glass of “Get Over Yourself” Ale. Vintage: Now. Region: You.

In general (not just for wine), people are looking more and more to social networking and customized recommendations. Some wine distributors, wine mags, wineries, and a whole lotta bloggers “get” this, and are doing their best to help those consumers, newbies, and enthusiastic learners. And they’re probably enjoying a cold brewski while they’re doing it (and if not, they should, because whether hey realize it or not, they’re taking a cue from the beer industry).

Arguably, there are now more helpful resources to help the wine neophyte than there have at any other time in history. The tide is changing. And it’s coming for the wine world, whether it’s ready or not.