The Burgundian Blogging Effect: Joel Peterson & The Future of Winemaking 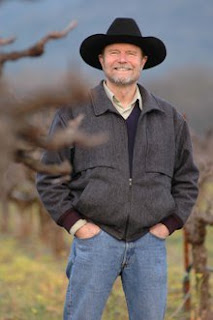 I was walking along the sidewalk of a conspicuously calm street in downtown Wilmington, DE, chatting on my cell phone with Gino Razzi, the tireless force behind Penns Woods Winery. It was a Mid-Atlantic November Saturday, which meant intermittent cold rain, but I’d expected the streets to be busier. I was making my way to the swanky-but-elegant Hotel DuPont for lunch with Gino and this year’s Brandywine Valley Vintners’ dinner keynote speaker, Ravenswood founder Joel Peterson.

Despite the fact that I grew up in Wilmington, I did not feel at all at home.

I’d never been to the Green Room. And I hadn’t strolled the streets of downtown for what felt like a dozen years.

I also wasn’t a frequent interviewer of winemaking legends, either.

Joel Peterson started the now-ubiquitous Ravenswood back in the 1970s, back when the Internet was a gleam in the eye of military ARPANET developers, well before Sonoma was a winemaking force, and long before Zinfandel was considered the de facto varietal choice of patriotic, red-blooded Americans that it is today. It was hardly an overnight success (“either that, or it was a really long night” Joel told me): Joel maintained a second job to help make ends meet until the early 1990s. Ravenswood now produces in excess of 500,000 cases of wine per year, and its brand is nearly synonymous with budget-priced Zinfandel.

In other words, Joel Peterson is to Sonoma Zin what Robert Mondavi was to Napa Cab, or what David Lett was to Oregon Pinot Noir.

Which prompted my first question to Joel while we worked our way through our Green Room appetizers: Considering the recent spate of departed California wine legends, does he fear for his safety? A-la the ill-fated drummers in Spinal Tap?…

Joel (chuckling): “No… in fact I’m in some of the best health I’ve been in a long time.”

Or so I thought. That’s when Joel began to ask me questions (hey, who’s interview was this, anyway?), about how I came into the world of wine, and what the sources of my wine passions really were. 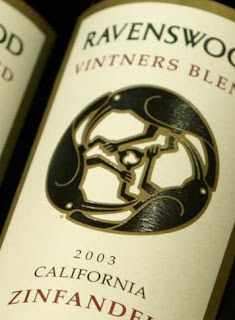 I was beginning to feel outflanked. And outclassed. Good thing Gino and Joel like to talk, and are conversationalists at heart – “If I could touch on some pertinent topics,” I thought, “then I could let the veteran conversationalists take it from there and have some hope of holding my own here…“

Despite the penchant for jeans, plaid, and cowboy hats in his promotional photos, in person Joel comes off much more the scholar than the farmer – mild-mannered, approachable, and with no shortage of lessons from his experience in the wine world.

Of Rising Tides & Sinking Ships
Since Joel was in town to talk to Pennsylvania winemakers, I started off with questions about PA wine. Do PA wines need to get better across the board in order to change their perception in the marketplace? Does a rising tide actually lift all boats?

Joel: “A rising tide takes many forms. When I helped found ZAP (Zinfandel Advocates & Producers), we had maybe 50 people at out first tasting. We had about 10,000 people at our most recent tasting. We [Zinfandel producers] challenged each other in friendly ways, to see who could get the most recognition or the highest-scoring Zinfandel. But a rising tide also creates more boats, and it makes a bigger pond – there are 7,000 wine brands available to consumers right now, it will be exciting to see where the wine industry foes from here.”

Gino: “You still may sink! I’m trying to get the group [of PA winemakers] to invest time and credibility in themselves.”

Joel: “[In Sonoma] we had a personal recomendation kind of thing. Make it fun, make it friendly, get the wine off the pedestal and onto the table. It’s a long – but not painful! – process, and you do it one person at a time.”

Hmmm… sounds a lot like social media to me.

“A rising tide also creates more boats, and it makes a bigger pond – there are 7,000 wine brands available to consumers right now, it will be exciting to see where the wine industry foes from here.”

On the State (get it?) of PA Wines
Speaking of PA wines – what did Joel think of them? 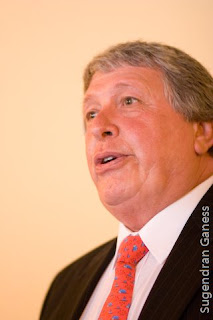 Joel: “They range from amateurish, to interesting, to very good. The problem is consistency – no one has broken through the threshold to consistently produce thought-provoking wine year on year.

There are a few tenets to grape-growing. Well-drained soils; a rootstock compatible with the soil; keeping the vine in balance with itself with low production; using trellising matched to the area and moisture; farming moderately and irrigating carefully (moisture in the soil and respiration of the vine are critical); choosing varietals that are resistant to the attacks that you have locally. That’s the reason that Cabernet Franc has done well here, with their open clusters and thick skins. Mediterranean varietals could also do well here. I think mainstream grapes aren’t as interesting anymore anyway – you have an opportunity to do something special here.”

On the Amazing Ever-Shrinking Economy
Many wineries have told me that they’re seeing a drop of nearly 20% due to the economic downturn. What’s your perspective on the state of the ‘wine economy’?

Joel: “The economy will change the scale and nature of wines. There’s going to be less outlet for ultra-expensive cult wines made by those funding advances in technology, knowledge and equipment. We’re seeing a shift back to less expensive wine. Drinking a $1,000 bottle of wine now will be a bit like fiddling while Rome burns…”

I admitted that my ‘sweet spot’ for finding excellent wine at a half-decent price was still the $30-$40 range, despite the economic downturn.

“Drinking a $1,000 bottle of wine now will be a bit like fiddling while Rome burns…”

On Whether or Not CA Wine – or the Wine Business in General – is ‘Played Out’
Joel: “No. It’s a business model now as opposed to an experimental model. It forces you to be really conscious of your quality and your market in ways that you didn’t have to before. Consolidation and Big Box stores are now significant players in getting wine out to people. It’s created a whole employment policy and new jobs. It’s created a whole subset of people who are spinning off into small side businesses, coming out of that secure existence and doing interesting, cutting edge things.” 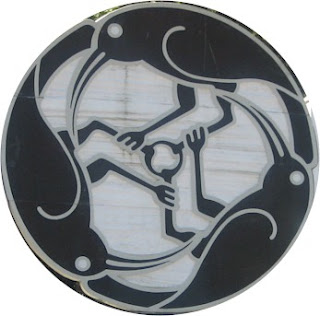 Joel: “They’re reviving that individual way of winemaking. My son got little piece of Kick Ranch [editor’s note: many WBC attendees may recall meeting Morgan Twain-Peterson and tasting his Bedrock wines), maybe 4 – 6 tons. And they have to figure out “What are we gonna do with this?” And they have a lot of knowledge, capability and experience already.

California wine continue to have high volume, good wines. Then, you’ll have a “Burgundian effect” of small producers making really interesting wines with their own following. Some will survive, some won’t. Some may become the next Mondavi. I talk to these guys a lot. Most don’t expect to make a lot of money from it. They do it because they love it.”

Gino: “The position was created from the past success of wineries like Ravenswood. Your success left a space behind that small wineries are starting to fill. You left a footprint of experience and knowledge that they build on and then they add their own personalities to it.”

Joel: “The miracle of the wine business now is that people are willing to experiment, and the system for communicating the results and changes are instantaneous. We never had that before in the history of winemaking.”