The following is a guest post from Jason Whiteside. Jason was previously a Sommelier & Wine Consultant on the Dutch/French Island of St. Martin, and was the original Wine Director of Cosimo Wine Bar in Malvern, PA. He is part of the Wine Educator staff at ChaddsFord Winery, and holds the Level 3 Advanced Certificate in Wine & Spirits (with Distinction) from the Wine & Spirit Education Trust. He is a member of the Society of Wine Educators, holding their Certified Specialist of Wine qualification. Most importantly, he is my partner in crime over at 2WineDudes! 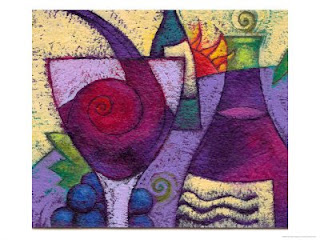 On February 22nd, a memorial party was held to celebrate the life of Lloyd Flatt. He was a very successful aerospace designer/consultant, and at one time had one of the largest wine collections in the world. His cellar and his wine buying strategies were the subject of an article in Wine Spectator. The wine parties he hosted were legendary, like the tasting of 115 different years of Chateau Lafite Rothschild, starting with the 1784 vintage. The wine world lost a major player and a great man when he passed away on January 29th.

I am by no means trying to write his obituary. One was published in Wine Spectator Online, and you can read it here if you would like. I never had the pleasure of knowing the man, never attended any of his lavish parties, except for the very last one that was held in his honor.

A friend of his family asked if I would help pour wine at his memorial party, held at the Belle Haven Country club in I was honored to be asked and I quickly agreed. My role was simple enough; I would be pouring wine for 200 guests, from special Imperial bottles (6 liters, or equivalent to 8 standard bottles) from Mr. Flatt’s extraordinary and world famous collection…

Serving wine from bottles of that size and with considerable age presents its own set of challenges. The bottles are heavy and cumbersome, they have oversized, aged corks (which are every bit as finicky as regular-sized, old corks), and these wines were full of sediment. Days before the party I felt anxiety creep over me; I had been entrusted with some extraordinarily valuable wine and I wanted the service to go perfectly. I called on a friend, Melissa Monosoff, DWS, the newly appointed Sommelier for the , who supported me with guidance and reassurance. Then the big evening arrived.

The first wine of the night was the famed second growth, Chateau Gruaud-Larose, from 1979. The wine was delicate, and had an elegant perfume, though I couldn’t help but think it was slightly on the decline. The second wine was a Pomerol, a 1994 L’Eglise Clinet. Wine in large format bottles age more slowly than wine in standard bottles, and this wine was still had the tannic tightness of youth. Over time, it softened a bit, revealing a concentrated nose of red fruits, but I couldn’t help thinking that this wine was opened slightly ahead of it’s time.

“Early on, this was the best I have ever tasted.”

The really famous wines were served next. 1981 Lafite-Rothschild was pure Burgundy-like finesse; red currants, sour cherries, and powdered minerals exploded out of the glass, the acidity was refreshing and pure and the finish seemed to go on for moments. Next was the 1981 Mouton-Rothschild. This was the first cork to give me serious trouble. The worm of my corkscrew pulled straight through the crumbly middle, without the cork moving at all. I saved myself with an ‘Ah-so’ opener, and all was well. In my opinion, this was the wine of the night. This wine was fully developed, yet it still had a powerful concentration of fruit, spiced up by secondary aromas of cedar, leather, and sandalwood. If there was a downside to this wine, it was only that it seemed to fade a little faster than the others. But early on, this was the best I have ever tasted.

Next was a famous Third Growth from Margaux, Chateaux Palmer 1981. At this point in the evening there was a large crowd around me, and the Palmer cork refused to cooperate. It was a planked cork, which meant it was actually three separate pieces of cork bonded together to make one large piece, and it didn’t hold up. Countless guests watched as this ‘wine expert’ they brought in especially for the party pulverized the brittle cork. Ultimately, I did extract the largest remaining piece with my trusted ‘Ah-so,’ to a small applause. Many people called this as the wine of the night (although I think these people just waited too long to try the Mouton). It possessed the elegance of the Lafite, along with a sweet spice and cherry fruitiness, like red licorice. It was certainly my second favorite wine of the evening. 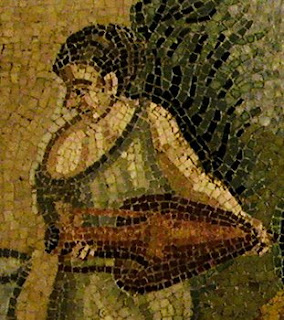 Lastly, we returned from where we had started: back to Chateau Gruaud-Larose, although this time the vintage was 1989. Much more youthful than the ’79 we started with, I found this wine to be still developing. It was in a strange phase, at once enjoyable to drink but somehow slightly disjointed. If you own an Imperial of ’89 Cht. Gruaud-Larose, I’d suggest giving it another 5 years or so before you open it.

“If somehow I represent a new generation of oenophile (with point scores, the internet, and countless books at our disposal), then I feel very privileged to have participated in celebrating the life of a man who was in a class of his own in a different generation.”

The official party ended around 8PM. There were more wines from the collection that were going to be tasted at an after-party in a suite at a nearby hotel. I was invited to go, and part of me wanted to (they were opening a Methuselah of Montrachet, among others), but I chose not to. This man’s family and friends were as much grieving as they were celebrating, and even though his son had invited me to the after-party, I still felt like too much of an outsider to attend.

I felt the need to write this down, as it will probably always stand out in my life’s lists of awe-inspiring wine events. Both the wines I got to try and the stories I heard bridged me to a different time; a time in which people threw top-hat parties and danced to bands and sipped on the finest wines in the world. If somehow I represent a new generation of oenophile (with point scores, the internet, and countless books at our disposal), then I feel very privileged to have participated in celebrating the life of a man who was in a class of his own in a different generation. He collected wine the hard way, using his own palate and judgment, and by all accounts he shared his collection graciously. I feel privileged to have brushed up against his life, even though he was already gone.