Old and In The Way?: The Future of Wine Criticism

Vinted on September 12, 2008 binned in commentary 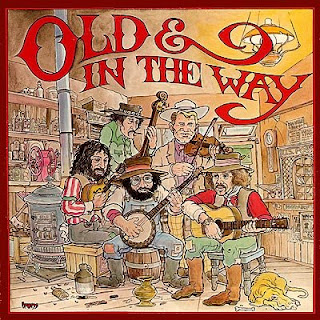 I just got through a ridiculously well-written article by Mike Steinberger, titled “Every one a critic: the future of wine writing” and available for download at CellarTracker.com (or in print in Issue 19 2008 of World of Fine Wine magazine). The man just has mad writing skills!

In the article, Steinberger discusses the factors that made Robert Parker such a force in the fine wine market, and how his retirement (Parker is now in his 60s) will leave a void in the world of wine criticism.

Steinberger offers the Internet voices of wine criticism as a potential for filling that void, since it is unlikely that anyone after Parker will have the clout, work ethic, and financial independence to take Parker’s place (especially considering the outrageous prices that top-scoring First Growth Bordeaux and Grand Cru Burgundy can fetch nowadays – upwards of $1000 USD per bottle in some cases), and the Internet provides very low barriers to entry.

For starters, history has shown us that when you have a virtual dictator / enlightened despot (depending on your viewpoint) wielding such individual control and influence, as is the case with Parker, they hand-pick their successor in order to ensure the orderly hand-over of power, and to keep their vision alive. The followers, well, they follow. Think Putin in Russia, for example. So isn’t it still possible that Parker may groom someone from within his own ranks at the Wine Advocate to take his place on the throne of Bordeaux wine critique?

I think we’d find that many Bordeaux, Rhone, and California wineries, and the Wine Advocate faithful, all of whom sometimes follow Parker’s scores with almost religious fervor, would line up behind that pick with relatively little resistance.

The other thing that Steinberger didn’t explore was the age range of the core Wine Advocate / Parker / Wine Spectator audience. I’d imagine (though I’ve no means to confirm this), that this group is aging right along with Parker. This isn’t a dig on aging wine aficionados or critics (despite my arguably provocative post title); it’s just an acknowledgment that there is currently a baby boomer generation driving the wine market, and that generation does things differently than the next one will when it comes to buying wine.

From Steinbergers article: “Certainly, the leading [wine] publications look to be in fairly ruddy health. Wine Spectator is a thriving franchise, and there is no reason to think this will change anytime soon.”

Is this really true…? I wonder if the generation that comprises the Wine Spectator faithful isn’t already being replaced in the marketplace by a new generation that expects to get their information from a broad range of expertise, validated by real-world experiences and real-time recommendations, and expects to get that information instantly via global social connections made over the Internet.

Call me crazy, but I don’t see Wine Spectator, even with their on-line presence, fitting that bill…

One thing’s for sure: Things are gonna get interesting from here!