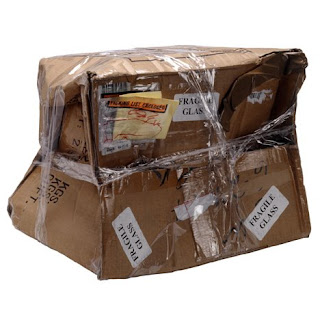 I know what you’re thinking, after reading the title of this post.

“Is the Dude about to go on yet another tirade about the PLCB? Okay, okay, they suck – we get it already…”

The state of affairs of wine shipping laws in those states is almost hopelessly broken. Notice I say “almost hopelessly.” That’s because I’ve thought of a way to fix it. Let’s break it down…

I say broken because those states have laws on the books that restrict the free trade of inter-state wine sales – a practice deemed unconstitutional at the federal (and for some also at the state) level. For the most part, these states are trying to protect state-run monopoly businesses that would be handed their own jock straps in the free market if, say, a big buyer like 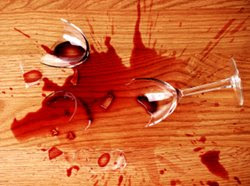 Costco were permitted to sell and ship wines directly to consumers in those states. The state run operations add extra cost while limiting value and selection – because they are monopolies, they don’t need to compete on the basis of price or service. If individual consumer rights, or the best interests of local state wineries get in the way of their monopoly profits, those citizens are simply disregarded – even if the states’ supreme courts have ruled against those practices. So, they make billions, pay big bucks to lobbyists to protect their position, and the state governments (for the most part) turn a blind eye to it all (probably because of the huge windfall).

How to fix this mess? Simple. Here’s a 2-step process of playing politics that could turn the tide. The thing to keep in mind is that politics is almost always a numbers game. And it almost always involves you (the people getting screwed) getting off your keesters and getting active.

Disclaimer: I’m not advocating you breaking the law – and to be honest, your state’s liquor laws are so convoluted you probably violated them already if you took any cough medicine this year. Anyway, I don’t care where you get your wine, as long as it’s not from a state-run monopoly. If you are lucky enough to live near a bordering state that does sell wine through the free market economy… well, I’m just saying that you might have alternatives.

Maybe this sounds unreasonable, overly-simplistic and ridiculous to you.

But ask yourself this: 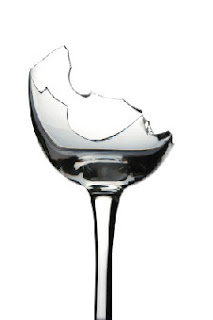 Is it any more ridiculous than a business with cripplingly poor business models, that can’t compete on the basis of service, selection, and price, making in excess of $1.5 billion dollars a year by hiding behind antiquated laws and charging you artificially high prices?

What if your state controlled your cell phone service that way? Or forced you to buy milk only from the state, even though it was stored improperly and cost 35% more than what your cousin, who lives in the next state over, pays for his family’s milk (which he can buy from wherever he feels offers the best milk at the lowest price)? Or limited your selection of underwear to a handful of brands and sizes?

Or treated women’s designer shoes the same way? (scary… that one might have the potential to drive some women I know to kill)…

Sure, there’s a big difference between “essential” goods like bread and luxury goods like designer fashions. But before you write off wine as an item that is fair play for regulation by the “pleasure police” (Robert Parker‘s term for the alcohol regulators in his home state of MD), don’t forget that two of our founding fathers (the two widely regarded to have had the most raw intellectual horsepower, by the way) – Jefferson and Franklin – viewed wine as an essential life good, equal to water and bread in terms of necessity.

So… who’s being unreasonable?

5 thoughts on “How to Fix the Broken U.S. Wine Shipping System4 min read”