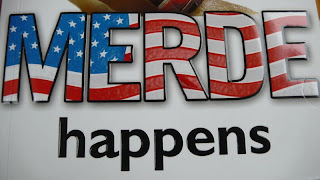 OK… I’ve been sitting on a few wine-related tidbits that, taken individually, I probably wouldn’t have written about; but taken together, they seemed kinda fun.

The first tidbit comes to us by way of Italian wine website Sommelier.it, and proves that anyone can be wittier than me without actually trying too hard!

The folks over at Sommelier.it were kind enough to mention me – the fun comes in the English translation of that mention (as provided by Google). Here’s the original website text, in Italian:

And here is the Google translation, in English:

“Speeches for serious wine drinkers not-so-serious“? Man, that is way better than my tagline! Dammit….

The next tidbit comes to us from global beverage news website Just-Drinks.com and was kindly pointed out to me by a friend / reader. I couldn’t make this story funnier if I tried so I’m just going to reproduce wholesale for your enjoyment:

A French winemaker who named his latest vintage “Vin de Merde“, or “Shit Wine”, has sold almost his entire production in what is seen as a triumph over severe advertising restrictions.

[ Editor’s Note: Told you I couldn’t make this any funnier if I’d tried ]

Asked why he named his wine “Vin de Merde”, Jean-Marc Speziale, from the Languedoc region of France, said the area needed the attention.

“This draws attention to the fact that we make very good wines,” he told just-drinks yesterday (23 September), adding his 5,000 bottles were almost gone after the nationwide publicity they garnered.

The bottles labels are decorated with a fly on the corner of the label, and a tagline underneath the name reads: “The worst hides the best.”

Speziale’s success comes at a time when the internet remains an illegal medium for alcoholic drinks publicity. The wines, a red and a rosé, retail at EUR39 for a case of six bottles.

And here I thought it was sex that sells, and it’s actually shit that sells. Go figure… 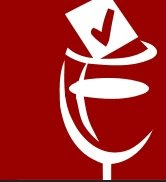 And last but not least, fellow wine blogger Arthur over at Wine Sooth has launched an interesting experiment that involves YOU. He’s started another blog called Wine Surveys, which seeks to congregate input from the wine drinking populous on various wine topics.

The survey Arthur is currently running is gathering data on how you drink your wine and what serving temperatures you prefer for various wines. Check it out here, and add your voice.

Whoops, one more thing ‘ere I go, I wanted to give a shout out to Beer Wine & Cigars, who recently featured 1WineDude.com as their wine site of the week. Thanks, guys! Don’t let the title fool you, they don’t necessarily think that you need to enjoy their namesake in that particular order, and wine lovers who don’t dig cigars will find plenty to like on their site.