By now, many of you will already have heard about the controversy surrounding Wine Spectator’s restaurant awards that unfolded into the mainstream media this week. 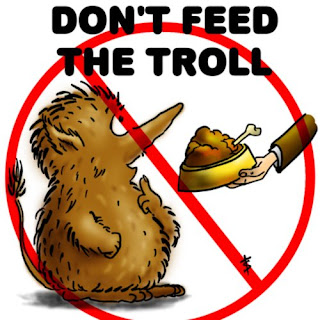 This topic is getting about as visible a media treatment as the wine world ever gets, so I won’t rehash the complete story here. To get us all up to speed and on the same page, the sequence of events goes something like this (in the immortal words of Inigo Montoya, “Let me explain. No – is not time; lemme sum up!”):

Regardless of which side of this issue you stand, if you’re like me you’re probably scratching your head as to why WS chose an on-line forum post as the, well, forum to use for publishing their defense of the Restaurant Awards process. Especially considering that this event is all over the news right now.

The problem with this approach is that the WS forum is full of “trolls,” and has become a hotbed of negativity.

I can vouch for this personally…

In my attempts to open a discource with the editors of WS (to better understand why their initial response did not include any details regarding if/how the Awards process would be examined to ensure it maintains credibility), I had to go to the WS forums. After all, that’s where the WS editors posted their response in the first place.

I (and other wine bloggers) have been greeted there with a negativity unbecoming of a long-running institution such as WS. While the editors, for the most part, have been civil in their responses, some of the forum members have been downright nasty. I’ve had to endure blogging being dismissed as “lazy journalism,” and having my SWE and CSW credentials called fakes. Little (if any) moderation seems to be taking place in the forum at the moment, and new forum members are told to “STFU” and “go away.” Even senior WS editor James Suckling seemed to get into negative mode when addressing particularly vehement criticism on the forum.

Of course, not all of the forum members are acting in a negative way, but enough are being malicious to prevent an appropriate discourse with the WS editors. When I asked the forum members why new posters were greeted with that level of negativity, I was told it’s the equivalent of “initiation.”

Here’s my simple plea to the editors of WS:

If you’re going to allow your on-line forums to be the equivalent of a shark tank, then please put your response to Goldstein’s criticism into the hands of a PR director, where it belongs. Otherwise, those of us looking for constructive, open discourse on the topic of WS’ restaurant awards have nowhere to turn.

As long as your on-line forum remains the primary vehicle for your response to the Goldstein event, you will be promoting the impression that you are not taking the matter seriously.

9 thoughts on “Don’t Feed the Trolls: How NOT to Respond to Public Criticism3 min read”