Best Posts of 2008 (Yet Another Cheesy End of Year Recap!) 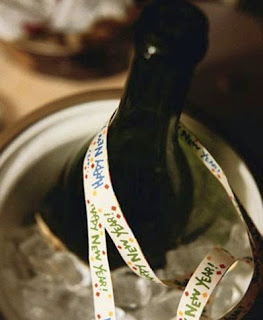 Sure, it’s cheesy. But can I offer you a tangential reference to the movie Best of the Best 2, which was also cheesy but starred Eric Roberts and Wayne Newton? That’s gotta count for something, right?

The only qualifying factor for determining which posts are on this list is my own personal whimsy. New Year’s is not a time for precise science. It’s a time for getting giggly on some bubbly.

Anyway, I hope you enjoy the recap, especially if you find articles here that you haven’t perused before on 1WD. 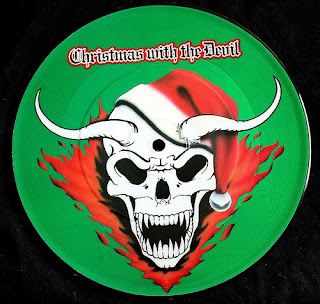 “The elves are dressed in leather
And the angels are in chains
The sugar plums are rancid
And the stockings are in flames!”
– from “Christmas with the Devil” by Spinal Tap

Amidst the elite wine world personalities, there are a handful of famous names that hate the modern style of California wines. Actually, “hate” is a strong word. But hate them they do. They consider these wines almost evil, as if they were the tool (or at least the preferred quaffs) of Satan himself.

As for me, I am not among them (neither an elite famous wine personality, nor a hater of big, bold CA wines).

God knows that I’ve got no issue with a wine “fruit bomb,” provided that big, bold, and powerfully alcoholic is the best expression of that winery’s fruit. What I don’t like is when wines are busty for the sake of the almighty dollar (as in, forgoing an expression of terroir and / or style to instead chase after the palates of a few wine critics, whose increased scores can mean a price point increase of 30% or more per bottle on the wine market). Homogenization is a perversion of this style of wine marketing. But it’s not the fault of this style of winemaking in and of itself.

So, for the 2008 Christmas dinner at Chateau Dude, I decided to raid the sample shipping boxes for the biggest, boldest CA wines to pair with grilled lobster tail, bison steak, and various cuts of Angus beef (all expertly prepared by my brother-in-law). 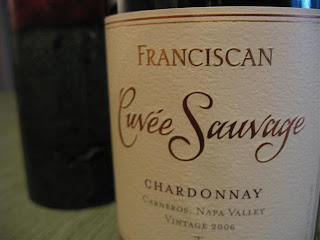 The story behind The Franciscan (does anyone else think that name sounds like a potential Monty Python skit?): 15 months sur lie in 100% new oak, fermented with wild yeasts using 15-20% of the barrel wines, 14.5% abv; various 90+ point ratings ensued.

You get the picture. Christmas with The Devil, I thought.

The Franciscan (I just love how that sounds) was the more unabashedly Californian. It doesn’t get much bigger than this, it’s a wine that struts it’s stuff. There is so much vanilla and oak, I actually picked up a hint of cream soda-pop among the citrus, apple, and even banana (banana cream pie, anyone?). What rescues this potent beast from potenital oak hell is the acidity – for CA, the acidity is downright racy. Yes, it pairs amazingly well with grilled lobster. I’m not sure what else it would pair well with, and I enjoyed it, but I’m not gonna go so far as to call it a “triumph of viticulture and winemaking.”

As expected, the Mondavi was a killer match with steak. I decanted this puppy for nearly four hours before serving it. At first, coming out of the decanter, it was all black cherry compote – and I mean, spread-it-over-toast first-thing-in-the-morning compote. With time in the glass, things got decidely more complex: figs, plum, red currant, hints of cedar, a little olive. The finish carried quality fruit and spice and was more than respectibly long. I really felt as though it needed abotu six years in the bottle to really integrate, and I didn’t find the high abv too overpowering. 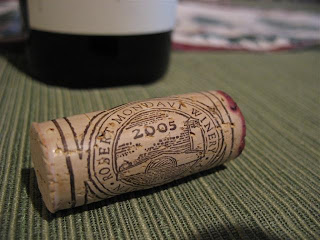 These are both very good wines. Whether or not they’re worth the price is a discussion I leave up to you (more on my take on paying for the cache factor of CA wines can be found in my recent articles about Opus One).

If there’s something to hate here, it’s not the original CA blockbusters – it’s the greedy drive of copycat wineries the world over chasing after a buck, forgoing the individuality of their vineyard sites and the best quality of their fruit. We can and should challenge those wineries to do better; if we end up with the ubiquity of the ‘Bic Mac’ of wines, then I have truly seen The Devil, and The Devil is us!

Anyway, let’s fire up that grill, shall we? 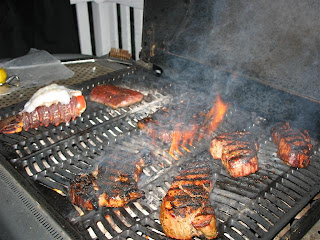 Vinted on December 25, 2008 binned in holidays
Wishing you Happy Holidays, and a most wine-filled 2009! 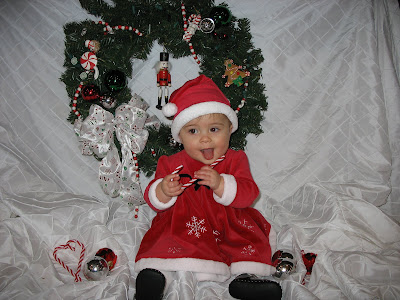 Vinted on December 24, 2008 binned in commentary 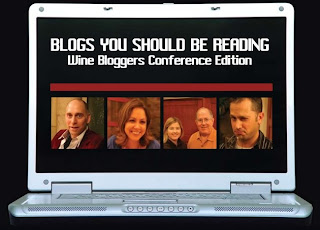 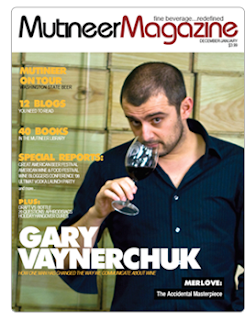