Another (sort of) rare event plug here on 1WineDude.com – I don’t do these plugs too often, so when I do, it’s because I think that the event is really going to be cool. And in this case, I think the cool potential is very high: I personally know the two people selecting and pouring wine at the event, and they definitely know their wine (not to mention that they’re also really splendid people).

The fabulous Teikoku restaurant (where I recently covered an event featuring the wines of Penns Woods Winery) is hosting a wine tasting event this coming Thursday, July 3 2008.

I will be there – so if you’re attending, drop me a line and stop by to say hello.

Join us for an evening of Wine On The Deck with former sommelier and wine educator, Matthew Esser from Shiffrin Selections and wine educator and consultant, Heather Wright from Cellar Door Imports.

We will be featuring some new, off the beaten path pours, along with small bites from Executive Chef Takao Iinuma to compliment them.

$30 per person all inclusive

A Wine Introduction (and Some 1WineDude.com Ch-Ch-Ch-Changes)

Changes are afoot here at 1WineDude.com.

By the way, I recently learned that the first recorded use of “afoot” was in Shakespeare’s “Julius Caesar” – which is way cool. I’m a nerd, I know.

Anyway, I’m making some slight changes in the footprint (ha-ha) of the blog posts. Basically, they will start to get shorter – easier for you to read, harder for me to write. And, I’m hoping that they will also start to become more frequent. I’ve got a newborn in the house, bear with me…

Today, I thought I’d offer you a small contribution I made a few years back to the world of wine knowledge. When I started this whole wine consulting thing, I was frequently asked to provide wine overviews – so I put together a handy presentation that gives an overview of what wine is all about – from the dawn of wine in history, all the way to why you taste those fruits in your glass:

You should be able to view the original presentation file in most versions of PowerPoint, or with the (free!) Impress tool from OpenOffice.org. Handiest of all, you can access it online in Flash (Ahhhh-ahhhh!) format here.

I think some of you fine folks out there may find it useful. Enjoy!

The Price is Right? What Influences Wine Prices 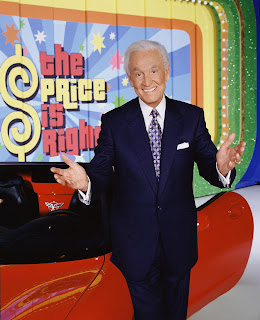 How much is that bottle of wine in the window?

Not that you’d want to buy wine that’s been sitting in a window for any extended period of time, since it’s probably baked from the exposure to all of that light and temperature variation.

Anyway, I’m off to Chicago for a non-wine-related business trip. While this jaunt has nothing to do with vino, that hasn’t prevented people from asking me wine-related questions! One of those recent questions got me thinking:

“Some wines seem so expensive… are they really worth it?”

The fine folks asking me that question are just looking for some good old-fashioned knowledgeable advice. But what they don’t realize is that it’s really a trick question.

My reply is usually something along the lines of

“How much did you pay for your house? Was it worth it?”

I’m not trying to be a smart-ass (that comes naturally), I’m just trying to get them thinking differently about a wine’s price tag. Is the price right? And if it’s “right”, for whom is it right? You? Me? Everybody?

There is a very, very simple reason why expensive wines are expensive, and it has very little to do with whether or not that wine is “worth” the price vs. a comparison with a similar wine at a lower price…

Does quality impact the price? Sure, but just like a fine dining experience vs. a trip to In-N-Out Burger, there is a relative level of quality involved, which is in no way a determinant of whether or not you’ll actually like that expensive wine. But that’s not the fundamental reason.

What about production and distribution costs? Sure, they affect the price too. If a winery picks and sorts their grapes by hand, that’s going to be a lot more expensive to do than doing it all by machine. In those cases, the winery is certainly going to pass on the additional cost to you, and in return you’d expect that the wine is going to taste better than one where the machines missed a few snakes and lizards during the sorting process… But that’s not the fundamental reason, either.

And as for the critics? Unfortunately, there is no denying the impact of critis like Robert Parker, who has followers lining up behind him so blindly that they will buy wine simply on the score that he gives it, not taking into account their own dis/likes. So the herd mentality has an impact as well, since a good Parker rating can easily send a wine’s price over $30 / bottle. But it’s not the fundamental reason.

Look at it this way: If your house is in a great area and built by a respected builder, then likely people would be willing to pay more for your house than another house nearby that doesn’t have those things going for it.

Similarly, the reason that a Harlan Estates red can cost up to $900 USD / bottle is really because of one thing: People will pay that much for it.

A little bit of supply & demand, for sure, but fundamentally the market has decided that $900 is a fair price. Just like the market decides, over time, what your pad is worth. Somewhere, people are consistently paying that much to get in on the cache factor of owning some Harlan.

God bless ’em. If you’re one of those people, let me know how that bottle tastes. But please, don’t tell me if you think it was “worth” the $900 (or not)! 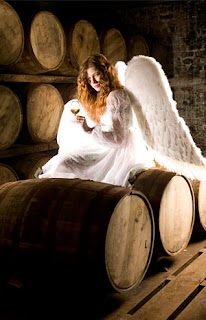 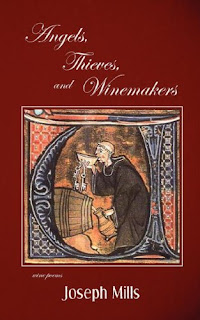 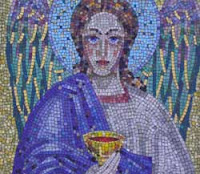