Not too long ago, I was contacted by a PR firm regarding one of their wineries, J Vineyards.

This is nothing to write about in and of itself. What is worth writing about is why they were reaching out to me.

As a wine blogger, they wanted me to know that J had launched their own blog, J News You Can Use. A winery that’s taking part in the wine 2.0 wine conversation? Now that I find worth writing about – not just because it adds a potentially compelling voice to the on-line mix; it also shows that I’m (thankfully!) being proven increasingly more incorrect about my dire assessment of the influence of wine blogging in the ‘real’ world!

My take: Ripe strawberries on the nose, cherry cola on the palate, and a touch of toasted breadcrumb on the finish. The finish also contains some alcohol – there’s just no escaping it with that much powerful booze in this wine. Still, there’s no denying the Russian River fruit – it just kicks all kinds of ass; the question will be if it can stand up to that alcohol with enough structure for any long-haul aging (at close to $30 / bottle, you should expect some aging potential in your Pinot).

To really understand a winery, you also need to know what the winemaker is up to… You have to totally respect what George Bursick (J’s winemaker, pictured) is trying to do. Bursick has been experimenting with longer fermentation times, utilizing techniques like batonage (stirring the wine with its yeast and sediment to impart extra creaminess and a rounder mouthfeel), and resurrecting the use of rare Burgundian yeasts that haven’t seen the dark of fermentation since the 1930s.

You might expect that I got the info. on Bursick from J’s blog. But I didn’t. I got it from their press materials. And, unlike J’s wines, in today’s social-networking-obsessed Internet world, that’s probably not good enough.

Having said that, J’s blog is useful if you already know about J’s wines, or to have a central place to catalog their news and accomplishments. J’s blog is a good first step, but it’s already behind the times when compared to some other wineries, such as Tablas Creek. Tablas Creek’s blog is winning awards because it’s being used to give us deep insights into how the wine is made, and the trials and tribulations of day to day life at the winery. Consumers want to know more than what awards a winery is winning – they want to feel more connected to the brand.

My advice to J, and any other winery that wants to take online promotion seriously: get connected, and do it quickly. Get a blog, and get personal in it. Get on twitter and follow some of the wine geek crowd. Sign up at OpenWineConsortium.org and converse with bloggers, distributors, and consumers. This past week, I finally got around to watching Randy Pausch’s “Last Lecture.”

For the 7 or 8 of you that have yet to see this (I’ve got a 4-month-old at the house… what’s your excuse?), the video of the Pausch’s inspirational lecture has been viewed by an estimated 6 million+ people. Pausch’s topic was fulfilling your childhood dreams, made more poignant and powerful by the fact that a) he had fulfilled most of his childhood dreams, and b) he was diagnosed with terminal cancer before giving the lecture.

Pausch died last month, at the age of 47. His lecture is amazing, and it got me thinking: if I were to deliver a lecture, knowing it to be my last before I died, what would I talk about? Then I thought about it another way: Why should my last lecture be special? Why can’t all my lectures be special? Why can’t I just live as if every day, and every event, were my last?

Then I wouldn’t have to do anything differently than I would on any other day. I’d rather have someone be able to show a video of any random moment of me spending time with my daughter, and that be a snapshot of the totality of me as a person, then have to worry about topping myself for some reason before I head off to the great gig in the sky.

In other words, I’d like to have my life be the testament to, well, my life. What the hell does this have to do with wine? Glad you asked! Assuming you’re still reading, that is. You are? Great! Then allow me to explain…

I’ve written before about the role of mindfulness in heightening your wine appreciation. Basically, give a wine a moment or two of your pure, unadulterated concentration, and it will reveal its entire world to you.

Now, imagine if you treated every glass of wine that you have from here on out as if it might be your last glass. Man, you’d really give it some concentration then.

Sip on that for a while – you might find it brings a greater appreciation of wine into your life.

Even if it’s a glass of Yellowtail.

Check out more ‘Zen Wine’ non-action by the 1WineDude.

The Trouble With Wine Ratings: Part 2

Vinted on August 5, 2008 binned in commentary What the Heck Kind of Wine are You, Anyway? The Wrap-Up Last week I played around with one of those kitschy on-line questionnaires, which, since it had to do with wine, I found not-so-kitschy anymore.

The questionnaire/quiz was titled “What Kind of Wine are You?“, hosted at BlogThings.com, and the on-line wine geek community seems to have really taken to it, based on all of the twitter chatter going on as we shared our results.

What I found most interesting was the number of people who cried foul at having wanted to “be” a nebbiolo, but being given instead an entirely different ‘spirit wine’ (usually Merlot). Maybe it’s just me, but I associate Merlot with Vieux Chateau Certan, Duckhorn, Cheval Blanc, and Petrus – which just doesn’t feel like disreputable company…

Seems the designers of the “What Kind of Wine are You?” quiz need to check their personality assumptions with the rest of us wine geeks and revise the quiz…?

Anyway, here are a few wine blogger / wine geek results that the group shared with me. If anything, it might serve as an interesting introduction to a handful of wine websites that you might not have checked out yet: 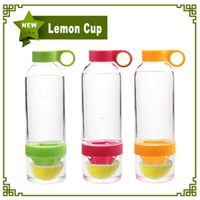